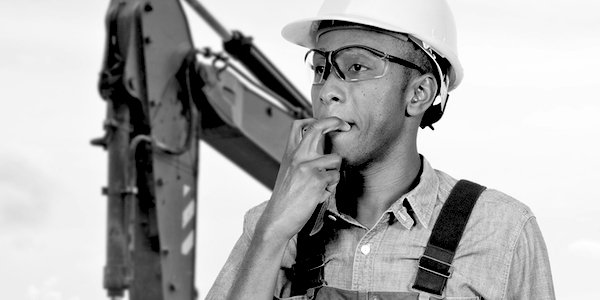 Well, ladies, it is time to lock up yourselves as well as your daughters. Otherwise you face ‘relentless harassment’, according to our ever-vigilant Aunt Maria Miller, who is one of those fabulous Conservative MPs and ‘chairwoman’ of the women and equalities committee.

She tells us: ‘Every day, women and girls across the UK and around the world alter their plans and their behaviour because sexual harassment is an ever-present reality. Actions on a spectrum from cat-calls and comments, or persistently staring at a woman’s body, up to serious sexual assault, cause women to fear for their safety.’

Truly, I wonder how we all cope, how we even manage to leave the house each day, what with the harassment and the cat-calls and the serious sexual assault. Notice how she puts cat-calling and sexual assault on the same spectrum, a nonsensical conflation that most people reject. The Conservatives should stick that in their manifesto next time around in an appeal to the working-class voter. Hey, you scaffolder who wolf-whistles at women now and then, you are on a slippery slope that could see you one day sexually abusing a woman. Now wind your neck in. (For the record, scaffolders, you can cat-call me any time you want.)

The deranged wimmin and equalities committee have been crunching numbers to find that ‘the overarching message from all of this work is just how pervasive sexual harassment is in every context: in combination, it is a routine and sometimes relentless experience for women and girls. In one of the surveys we looked at, Plan UK found that 38 per cent of girls aged 14 to 21 experience verbal harassment at least once a month, while 15 per cent are being touched, groped or grabbed at least once a month’.

Mmm, interesting; I wonder how that survey was done? The irony, of course, is that this same committee who believe sexual harassment is ‘relentless’ for women and girls also believe that putting men in women’s changing rooms, and teenage boys in girls’ dormitories, and rapists in women’s jails, is a spiffing idea. I mean, what could go wrong?

But here’s the funny thing: despite the many hours that the earnest Ms Miller and her oh-so-concerned committee have devoted to looking at harassment of women and girls in public places, there is not a word about the large-scale assault and rape of girls, many of them vulnerable, in the ever-lengthening list of towns including Rotherham, Rochdale, Oxford and now Huddersfield. Much of the ‘grooming’ took place in public places such as takeaways and taxi offices. There is however a lot of stuff about sexual harassment in universities. The unfortunates of Rochdale and Rotherham, who probably know more about sexual harassment than any other group in the country, simply sink beneath the radar of Ms Miller and her do-gooders.

Aunt Lydia, I mean Aunt Maria, has a plan, though, to protect the better-off girls, prey to the spotty undergrad, so don’t worry because it involves lots and lots of government meddling and bullying that will warn young boys and men about their ‘toxic masculinity’.

‘The government must be willing to invest in research about why some men and boys believe that it is acceptable to sexually harass women and girls, and to act on the findings of that research.

‘This may entail facing some uncomfortable truths about the attitudes some men hold towards women, and how those attitudes come to be formed. The introduction of statutory relationships and sex education in all schools is an opportunity to make a good start, but it can’t be the end as well.’

You can only imagine the brainwashing, the relentless negativity that will come with these classes: telling teenage boys they are a mere cat-call away from raping someone and telling all the girls that their mates could violate them at any moment.

This report, I sense, will only poison relationships between men and women even further. And no doubt Maria Miller will have a further government plan in her handbag to tackle the fall-out.