Tragic Elena and the truth about Communism 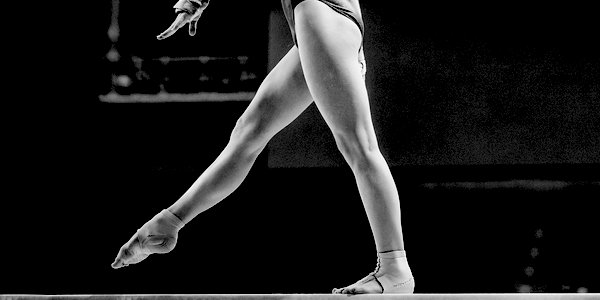 On my wanderings through YouTube one night I came across the story of Elena Mukhina (1960-2006), a gymnast unlucky enough to be born under the Soviet regime.

Orphaned at the age of five and brought up by her grandmother, Mukhina joined a sports club and took up gymnastics. Her progress was modest and largely ignored. But after the Soviet team were ignominiously defeated by the Romanians at the 1976 Olympics, men’s coach Mikhail Klimenko was given the task of transforming the teenage Elena into a champion.

She burst on to the scene at the 1978 World Championships in Strasbourg. In one of the most stunning performances in history, she won the all-around gold medal, beating the Romanian Olympic champion Nadia Comăneci and top-ranked Soviet gymnast Nellie Kim, among others. She tied for gold in the floor exercise event, as well as winning the silver in balance beam and uneven bars. Mukhina made history in this competition by unveiling in the floor routine a never-before-seen combination salto (which was named after her). But her coach was not satisfied.

He wanted her to become one of the few females to attempt an element taken from men’s gymnastics, the Thomas salto (a one-and-three-quarter flip with one-and-a-half twists ending in a forward roll, perfected by American Kurt Thomas).

Mukhina soon realised the Thomas salto was extremely dangerous because it depended on being able to get enough height and speed to make all the flips and mid-air twists and still land in-bounds with enough room to do the forward roll, and it took near-perfect timing to avoid landing on the chin or the back of the head.

In 1979, while training for the World Artistic Gymnastics Championships, Mukhina suffered a broken leg, but due to pressure from the coaching staff the cast on her leg was removed twice despite the injury not healing.

With lingering weakness in her leg and mounting exhaustion from weight loss workouts, Mukhina had great difficulty coming back up to speed and including the Thomas salto in her floor routine.

Despite her warnings that it was constantly causing minor injuries and was dangerous enough to cause major damage, she was pushed to keep the move.

On July 3, 1980, two weeks before the Moscow Olympics, Mukhina was practising the Thomas salto when she crash-landed on her chin, snapping her spine. She was a quadriplegic. She was 19 years old.

Following the injury, the Soviet Gymnastics Federation remained secretive while Mukhina became a recluse. In one of her few interviews about the accident, published in Ogonyok magazine, she criticised the Soviet gymnastics programme for deceiving the public about her injury, and for the system’s insatiable desire for gold medals and championships:

‘. . . for our country, athletic successes and victories have always meant somewhat more than even simply the prestige of the nation. They embodied (and embody) the correctness of the political path we have chosen, the advantages of the system, and they are becoming a symbol of superiority. Hence the demand for victory – at any price’.

Mukhina was 46 when she died of apparent complications from quadriplegia. She never really blamed the coaches individually for what happened to her. She explained in the interview: ‘We’ve always placed a high value on risk, and a human life was worth little in comparison with the prestige of the nation; we’ve been taught to believe this since childhood.’

I share this sad tale (there are many from the gruelling world of Soviet sport) so that we never forget what Communism is: a brutal oppressive regime who thought nothing of rendering a 19-year-old quadriplegic so long as they could say to the Americans, or indeed their fellow Communists the Romanians: we won more gold medals than you.

Communist Russia is summed up perfectly by Mukhina: a human life worth little in comparison with the prestige of the nation.

So when people say on national TV, as Ash Sarkar did on Good Morning Britain, that ‘I am literally a Communist’, they should be ashamed of themselves. Communism dehumanises all of its citizens; people are disposable cogs in the machine to prove this wretched ideology works. As Eric Hobsbawm said on Desert Island Discs, yes the piles of bodies were worth it.

This is what Communists believe: the piles of bodies are worth it. Don’t ever forget it.