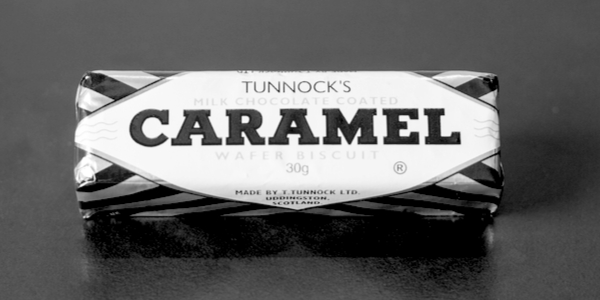 ON Sunday I had a Caramel Log – not a scatological euphemism, but a coconut-covered wafer produced by Tunnock’s, the famous Scottish confectioner.

I hadn’t eaten this delicacy for some time, but while weekend shopping I made a point of picking up a six-pack, plus a box of Tunnock’s Tea Cakes. It was a small act of defiance after reading that some imbecilic trans activists had called for a boycott of the brand.

The complainants’ confected (sorry) outrage was because Tunnock’s had gifted a selection of its sweetmeats to last week’s conference held by the LGB Alliance (note the conspicuous absence of a ‘T’) – a relatively new advocacy group which courteously had tweeted its thanks for the donation.

By bestowing a few biscuits upon this alleged ‘hate group’, which opposes self-identification by gender, Tunnock’s antagonised the truculent trans lobby.

In a civil war between alphabet people, some readers might hope for a double knockout. However, the LBG Alliance believes in biology and recognises that natal sex is immutable, repudiates the moronic mantra that transwomen are women, and aims to protect confused children from egregious experimentation. For this the charity is demonised as ‘transphobic’; however, its common sense is a welcome counterweight to the institutional trans twaddle which too often goes unchallenged.

Tunnock’s apparently provides freebies to all manner of events and in this case was not expressly endorsing the LBG Alliance. Managing director Sir Boyd Tunnock (grandson of the founder) does, however, make no secret of being a committed Unionist: ahead of the 2014 independence referendum he cheerfully posed with Scottish Conservatives Ruth Davidson and Annabel Goldie and used a batch of Tea Cakes to spell out his voting intention.

The Nationalists, naturally, were livid. And foam-flecked cybernats were if anything even more unhinged when in 2016 Tunnock’s advertised on London Underground as ‘The Great British Tea Cake’. By promoting the product as British rather than Scottish, Tunnock’s inflamed cretinous critics.

‘Traitorous’ Sir Boyd was unapologetic: ‘You’ve got The Great British Bake Off and things like that these days. We could have said Scottish but you’re then promoting Scotland. We’re British.’

His insouciance in 2016 would have further incensed the Nationalist numbskulls. And now Tunnock’s has again annoyed the right people by triggering trans twerps.

The maker of Snowballs continues to infuriate the snowflakes.