Trapped and browbeaten in a looking-glass world 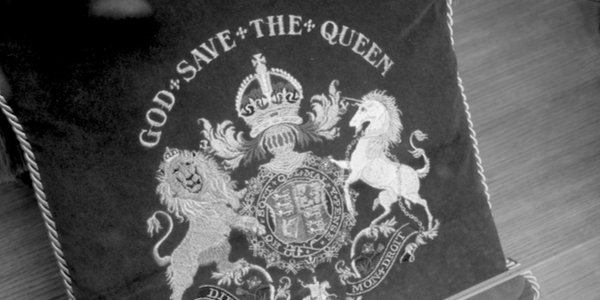 Forty-four years later, their comment on our society has a poignancy which sits uneasily alongside my anger at what we are allowing to happen to this wonderful world which we all share.

As a home-educating family, and long-term proselytisers for the benefits of home education, we should have been pleased last year that so many families were now educating their children at home.

However, the grim and hopeless reality quickly eclipsed any joy we might have felt at this ironic opposite compulsion to children having to attend school. For busy parents, many strapped for cash, the future of their children rests almost entirely on school attendance. And ‘interacting’ with a tiny screen does not pass for ‘attendance’, except in some quasi-Orwellian world of Newspeak, where the meaning of a swathe of words and phrases has been twisted out of all recognition to fit the panic-based and blatantly authoritarian nature of the world we now have the misfortune to inhabit.

No, ‘attendance’ means being in a real place, with real friends and a real teacher (leaving aside my misgivings about the abilities of many in their profession).  It means being encouraged or criticised – sometimes admonished – face to face. It means feeling that every week at school is a step towards a future of gainful employment, a future, at least for the majority, where there are not too many worries about relationships and money.

And what of parents’ hopes for their children’s future? For most of us, one of our joys in life is to see our children moving along a road towards at least modest success. A future where we can finally stop worrying about them and feel that our job is largely done.

Will that joy ever be a reality for parents of these Covid generation schoolchildren? Even if they return to school from Monday, that missed year could easily set them back irretrievably. And they will not be able to benefit from fear-free freedom of association – if not because of their own fear, the fear of their teachers and all the educational hangers-on, administrators and commentators could crush a child’s joie de vivre.

These adults responsible for moulding the nation’s children are just as much part of the lockdown-loving, NHS-worshipping, vaccination zealots as any other members of the bien pensant middle classes who hold an iron grip on public discourse in this country.

Mask wearing for five-year-olds – what is the rationale, for heaven’s sake? What further disadvantage must we heap on the increasing population of young children on the autism spectrum, who rely on visible mouths for successful interaction? Even I, only just about on the spectrum, have great difficulty recognising people I know well if I see them out of context with half their face covered.

What of universities, a key stepping-stone for young people to move into independent adulthood? These money-grubbing, profit-motivated institutions have no reason not to transmute as much of their courses as possible to the deathly, soul-destroying ‘e-learning’ format and force their students to wear masks whenever they are allowed physically to attend the course for which they are paying £9,000 per annum. The important pleasure of social interaction is sucked out of young people’s lives in the mendacious guise of ‘Covid-19 safety measures’.

Our imprisonment in a country increasingly resembling communist East Germany continues and worsens. Our opportunities for carefree enjoyment dissipate. Joy is being expunged from our lives, replaced by the ersatz virtual experiences about which financially comfortable media commentators enthuse as they trill about a ‘new normal’ where we can all experience the whole world from the (dis)comfort of our own homes.

Can this grey future of bans and compulsions – a future in which simple pleasures are legislated out of existence – be anything other than totalitarian? What our gaolers don’t realise is that such small pleasures really can make a difference.

A lonely person walks to the shops just to get out of the house, and a stranger’s warm smile could brighten up her whole day. A walk to the post office to send off something I had just sold on eBay, something nice which happened that day; the masked shopkeeper points to my face. What does pointing at a stranger’s face mean? It was never friendly or polite and my small pleasure vanishes as I am confronted by yet another little person who has placed himself in control of my life, with the puffed-up self-righteousness of the petty official.  Watering the plants in my window box, someone I have known for years walks into the road to pass me at a distance; I was happy to see my flowers flourishing, but that small pleasure evaporates.

‘Small pleasures, small pleasures – Who would deny us these?’ wrote Lionel Bart in It’s A Fine Life from the musical Oliver! It seems that there are many people – the government included – who are so sure of the fundamental rightness of their crazed, panic-driven world view that they do indeed seek to deprive us of our small pleasures, and with a self-righteous, missionary zeal, backed up by their ever-multiplying army of small-minded small-town gauleiters.

My garden is safe – a seedling emerging from the soil; closely watching a bee on a dandelion flower; smelling the spring violets;  looking at the apple tree I pruned the day before; hearing one of our chickens singing her ‘egg song’, having blessed us with her daily gift – these are small pleasures which nobody can ruin.

But outside our castle of hope and freedom, what passes for the ‘real’ world presses down on me and grinds me into the subservience which seems to be what is required from us ‘in these difficult times’.  Is that our future?

‘Stay safe’, people say; it sets my teeth on edge. What I dearly wish for is a safe return from the looking-glass world we are trapped in.

Andrew J Green
Andrew is a health and food researcher and is currently writing a book, ‘Food Uncovered’, about the effects on health of our industrialised diet. He is married, lives in rural Dorset, and has twin sons, aged 26, who were home-educated. You can find him at andrewgreen.tk