‘Treating’ addicts with heroin is a criminal waste of money 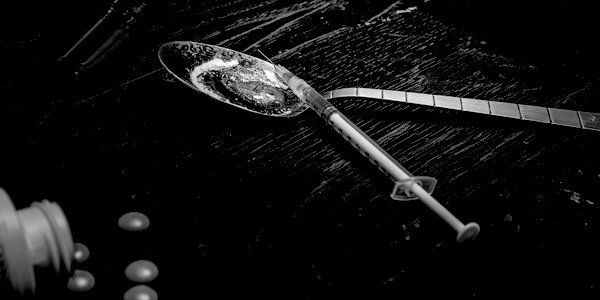 I THOUGHT local authorities were hard-pressed for cash, and were making uncomfortable choices about cutting back public services, not least in the North of England.

Such pressures have not, it seems, stopped Middlesbrough, encouraged by the Cleveland police chief and crime commissioner, from introducing high cost ‘heroin assisted treatment’ for drug addicts. What this so-called ‘treatment’ boils down to is supplying and injecting addicts with diamorphine in NHS clinical settings (not ‘shooting galleries’). The rationale for it is the same as that of the NHS’s failed national methadone substitution policy – to reduce crime and the health costs associated with street drug use to such an extent as to balance the investment in such services.

This was what the officially designated Randomised Injectable Opiate Treatment Trials (RIOTT) set out to prove, but failed to do so. As I’ve pointed out before when this intervention was being mooted, the trials’ own researchers had to admit they were not cost-effective and could not be justified as a taxpayer expense. The researchers had not been able to show that the addicts on the programme either stopped topping up on street drugs, including cocaine, or stopped needing night supplements of methadone.

Yet it is on the basis of this tenuous evidence that this treatment can ‘stabilise’ addicts’ lives and cut down blood-borne diseases associated with injecting and drug lifestyles that Glasgow is following suit having likewise secured a provisional licence from the Home Office to dole out thrice-daily injections to the 400 addicts deemed to be otherwise beyond help and hope.

But what other help exactly have they been offered? How many have been offered abstinence-based residential rehabilitation instead of the years of methadone supplied to them by the government? It’s a question I posed a few years ago to Professor John Strang, who led the expensive RIOTT programme. He couldn’t answer it.

This new interest in heroin prescription raises serious questions about both the evidence and its morality. Why are the statistics of this past failed initiative – set out here by the drugs policy expert Anders Ulstein – being ignored?

Is it a case of the Home Office incrementally caving in to the sustained pressure of those who are determined to normalise Class A drug use – a pressure that is constant, well-funded and is wise to every opportunity?. Why do advocates for legalisation never call for support for the abstinence-based residential rehabs to which the rich, the only people who can afford them, flock knowing they provide their best chance of getting better?

Apart from the potentially eye-watering cost – figures of around £12,000 per patient per annum for the diamorphine alone have been mooted – dishing out drugs has never solved addiction. By contrast, police using their authority to steer addicts into rehab, when it existed, has worked, as many recovered addicts will testify.