Trial by jury – the light that exposes feminist lies 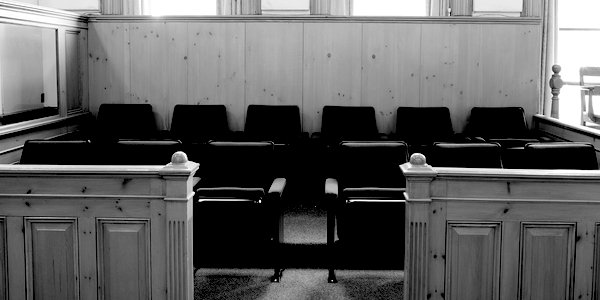 Yesterday I said in TCW that if you live in a common law jurisdiction you should thank God, as you have won the lottery in life. It is no coincidence that in common law jurisdictions such as the UK, the Republic of Ireland, Canada, the United States, Australia and New Zealand, citizens enjoy security and property rights, as well as political, economic and religious freedom. This system of law is the greatest legacy of the British Empire.

One of the critical foundations of the common law system is trial by jury. Historically the jury system has developed where there has been a shift away from despotic and oligarchical governance to more democratically inclined politics. The great Lord Devlin noted that the jury system is a key protection against tyranny ‘for no tyrant could afford to leave a subject’s freedom in the hands of twelve of his countrymen’. Indeed, the jury trial is ‘a lamp that shows that freedom lives’.

It is with this in mind that we turn to Ann Coffey, the Labour MP for Stockport, who says that juries may need to be scrapped in sexual assault trials because jurors believe in ‘rape myths’ and in some cases jump to guilty verdicts (I don’t know how one follows from the other). This outrageous attack on the jury system must be challenged.

Coffey says: ‘The criminal justice system is failing to keep pace and deliver justice. If this continues there is a danger that we will be thrown back into the dark days where victims of abuse and rape are silenced and dare not speak out.’ No. The only thing that would take us back to the dark ages is abolishing jury trials in cases of rape (or any other indictable criminal offence).

We see this when the presumption of innocence and due process are now dismissed as ‘reactionary’. When Senator Susan Collins said Justice Brett Kavanaugh was entitled to due process, the Women’s March tweeted out a picture of her calling her a ‘rape apologist’. She received death threats thereafter. Can you think of anything more disgusting than being labelled a rape apologist? This is the choice feminism gives us: you either care about due process or you care about victims of rape. It is an appalling way to debate these issues.

The reason why feminist don’t like jury trials is because the damn jurors, not marinated in feminist twaddle, do not convict in rape cases every single time. This is just not good enough for the likes of Baroness Kennedy who believes ‘lawyers and the courts [have] a responsibility to give women their rights’ and that some judges would assume that a woman using dating sites is ‘someone who would have sex with anyone’. The good Baroness offers no evidence for this slanderous attack on the most impartial judges in the world.

Then there is the myth of the rape myth. Like the ridiculous campus rape statistics in the US that have been exposed time and again as not being accurate, it is frequently pushed that jury members do not convict in rape trials because they carry around all sorts of myths in relation to how women behave.

Ann Coffey MP: ‘Rape myths about how victims are expected to behave continue to pollute our society and jurors take these attitude into the courtroom.’ There is no good evidence for this as it is forbidden to inquire into jury deliberations in any criminal trial in England. Researchers have run mock trials or asked dodgy loaded questions to get the answer they wanted, but none of this comes close to establishing that juries really do believe women were ‘asking for it’.

The problem for the feminists with jury trials is that jurors are bound by oath to use evidence to get to the truth, and feminists these days like neither evidence nor the truth. They just ‘believe all women’ and push a narrative.

That narrative is that we live in an oppressive patriarchy where straight white males are just waiting to rape their way through life given half a chance. However, when there are quite a few rapists around quite a few corners such as Rotherham and Oxford, you will find the feminists go quite quiet. This is because it does not fit into their narrative of the rapey white male.

So you see, don’t you, why feminists must do away with the jury trial? The jury trial is the lamp that shows that freedom lives – it is the light that exposes the lies and corruption of the #MeToo movement. Like all despots the feminists seek power and tyranny. You can have tyranny or jury trials, but you can’t have both. So, get ready for the fight – due process, the presumption of innocence and trial by jury. These are the hills to die on.