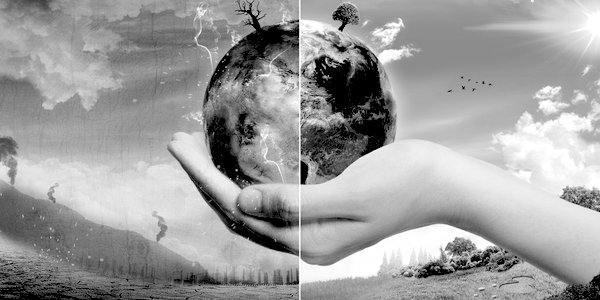 The atmosphere of persecution that surrounds the climate change debate is evidence of a particularly insidious cultural phenomenon. This is ‘groupthink’, and it has facilitated some of the grisliest atrocities in human history.

Christopher Booker, in his new report Global Warming: A Case Study in Groupthink, shows how the science and politics of climate change are driven by an almost flawless example of classical groupthink.

Booker relies on the work of American psychologist Professor Irving Janis. He identifies from Janis’s work the three rules of groupthink, providing a psychological and scientific identification that goes far beyond merely a dismissal of the shared mind-set of a group of people with whom one does not agree.

The first of these rules is that people come to share a belief system that is in some way not properly based in reality. When it comes to climate change, this is clear to see in the way so-called ‘climate-models’ have been deployed. Despite mixed trends in observational data, elaborate predictions are given undue status. They are described as foretelling a global catastrophe.

Asking people about climate change, they often paint very gloomy scenarios that go way beyond consensus scientific predictions. These predictions, in fact, are far less frightening than people have been led to believe.

It’s as if there is a competition to appear more alarmed about climate change than the next person, and to call for ever greater punishment of those supposedly harming the planet. Alternative strategies to decarbonisation are not properly considered because they don’t fulfil this need to punish.

If this all sounds too much like a conspiracy theory, ask yourself whether you believe the following claims: at the global level, flooding has not got worse as temperatures have warmed, tropical cyclones have not increased in frequency and there have been no reliable observed trends in drought or dryness.

These are all findings of the IPCC’s latest assessment report, and represent the scientific consensus on climate change. If you have been particularly alarmed by climate change until now, they may come as a surprise. The lack of awareness of these findings must stem from the fact that they do not fit into the doom and gloom narrative that is repeated every day.

The second of the rules of groupthink is that precisely because the shared view cannot be subjected to external proof, its authority needs to be reinforced by elevating it into a ‘consensus’. Appeals to authority have become the primary rhetorical tool to ensure conformity and justify quite extraordinary political decisions.

The ‘decarbonisation’ agenda, inherent in the Paris climate agreement, is frequently defended in such a way. But even if one takes the very worst-case scenarios at face value, it does not follow that reducing emissions is the most rational response. Consider how many of the consequences of climate change are locked in by our emissions to date, and that even if we succeed in peaking global emissions by 2040 instead of 2080, the difference in sea level rise would be just 1cm by the end of the century, and the difference in temperature just 0.4 deg C. Again, all this is according to the IPCC.

The Paris commitments are not expected to achieve even this paltry objective. So we are sleepwalking into wasting trillions of dollars annually to achieve no discernible change in the climate. The human cost of the resulting lost growth is staggering, and it will make people less able to adapt to a changing climate. This didn’t stop President Obama describing the decision to leave the Paris Agreement as ‘reject[ing] the future’.

A debate about these policies is hugely important, but it has been squeezed to the sidelines because politicians are so afraid to challenge a powerful consensus.

The third rule is that those who do not go along with the consensus are demonised and vilified. The most obvious example of this is the way that those who challenge either the political or scientific consensus on climate change are described as ‘deniers’, evoking a parallel with Holocaust denial. Those who accept the theory of anthropogenic climate change but reject the decarbonisation agenda are also included as ‘deniers’. These comparisons are disgraceful, and so-called ‘deniers’ have all manner of derogatory epithets thrown their way. This all has a chilling effect on both free speech and on the dialectic approach that is so essential for robust scientific enquiry and political decision-making.

The Postmodern convictions of our academic establishment and cultural elite have left us hopelessly exposed to this extraordinary paranoia. But there is light at the end of the tunnel, and we can be guided there by using our rational faculties. Ideas supported by groupthink have always eventually collapsed under the weight of their own contradictions.

As Booker puts it in his conclusion:

‘Every South Sea Bubble ends in a crash. Every form of Groupthink eventually has its day. This is invariably what happens when human beings get carried along by the crowd, simply because they have lost the urge or ability to think for themselves.’