NewsPaperthe art of publishing
HomeNewsTrue conservatives from UKIP, the Tories and, yes, Labour must unite to...
169

True conservatives from UKIP, the Tories and, yes, Labour must unite to save Britain 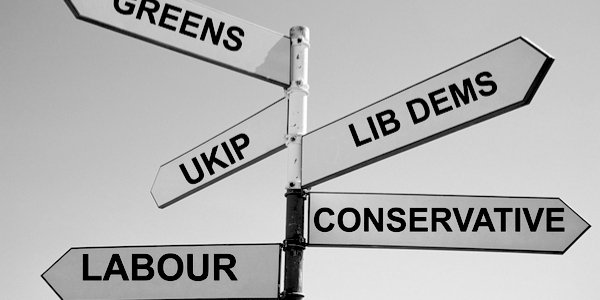 After the political earthquakes of 2016, beginning with Brexit in the UK and followed by the election of President Trump in the USA, the two nations have followed very different courses.

Due to the political system in the USA where the President has complete executive power, President Trump is able to implement his own programme with an almost free hand, subject to the checks and balances and separation of powers wisely written into the American constitution.

In the UK, the establishment, or ‘the swamp’ as it has come to be known, has retained power and fought back against the people. Despite electoral gains for ‘populist’ parties all across Europe in 2017 who have been inspired by the lead of Brexiteers in Britain, the party which forced and won the referendum, UKIP, was nearly obliterated in local and national elections. The party which calls itself ‘Conservative’ but isn’t also fell back in national elections, and more than half of its elected representatives are part of the anti-democratic blob known as ‘Remoaners’.

Membership of both parties is falling precipitously. Despite this, loyal grassroots members of both parties have much in common. For the most part, they are fiercely patriotic but not nationalistic, believe in free market capitalism with a human face, a care for the countryside which places a high value on conservation but rejects ideological environmentalism, and most importantly wishes to retain the social fabric of society built up over nearly 1,400 years of Christianity, where marriage and the family are honoured as the fundamental backbone of the nation.

In contrast, much of the so-called Conservative party and a small section of UKIP are neo-liberals – espousing an extreme form of corporate capitalism mixed with the totalitarianism of progressive liberalism. These groups also have much in common. They would be comfortable with mass open-door immigration complemented by a total dismantling of the welfare system and the NHS.

Many ‘Conservatives’ in Parliament are essentially social democrats and have far more in common with the Liberal Democrats and Labour Blairites than the membership of their own party. They undermine marriage and the family, not least by wanting to implement the ‘Sex and Relationships Education’ indoctrination programme of the now-axed Justine Greening.

While the Liberal Democrats are a fairly homogeneous bunch of whingers, the Labour Party is split into three rather distinct tribes. The Blairites are rapidly being sidelined as the hard-Left Corbynite revolutionaries of Momentum take over the party. Momentum has succeeded in taking over the Labour NEC and is likely to press full steam ahead with deselecting anyone who is not a neo-Marxist. This development makes the Green Party completely irrelevant and likely to be swallowed up by Momentum.

There is a third and oft-overlooked group within the Labour Party, however, which goes by the name Blue Labour. Its motto is ‘faith, flag and family’ and it espouses social conservatism. This is the Labour of the North and the Midlands, ordinary hard-working voters who are patriotic, compassionate and shockingly politically incorrect. They believe in the family, working hard to provide for yourself, bringing up your kids well and that there are two genders: male and female. They reject the transgender agenda and quite often same-sex marriage as well, oppose mass immigration and support Brexit. Blue Labour has far more in common with UKIP than the Corbynites, and is leaving in droves as Labour lurches to the hard Left.

To a greater or lesser extent, all three of the national parties which were the biggest at the time of the referendum, Labour, Conservative and UKIP, have suffered identity crises since then. The tensions in all the parties roll on, but the Remainers have the upper hand in Parliament in opposition to the majority of the country. Britain is ripe for a complete realignment of its political parties. It would not be surprising if Labour, Conservatives and UKIP all pulled themselves apart as Brexit continues to be delayed, and political tensions increase.

True conservatives in UKIP, the ‘Conservatives’ and Labour could form a party of patriotic traditionalists. Such a party would straddle the economic axis of politics from centre Left to mid Right, but be united in social conservatism and identity. These are the ‘Somewheres’ of David Goodhart’s book The Road to Somewhere, to whom identity is more important than economics.

The ‘Anywheres’ are in general progressive in worldview and fall into three groups who would be happier coalescing than remaining in the unhappy pre-referendum legacy parties. These three new groups fill the Left, Centre and Right of the economic spectrum, while being united by progressivism.

The neo-liberals of UKIP and the ‘Conservative’ party could very easily join up on the economic hard Right to pursue hard Right economic policies: globalist corporatism with open borders and zero welfare and healthcare.

The liberal ‘Conservatives’ and Blairites would do better leaving their own parties and joining the Liberal Democrats to make one big blob in the economic centre of the progressive ground which could then be contained. One of the enduring images of 2017 was Kenneth Clarke, Nick Clegg and Lord Adonis going hand in hand to visit the EU’s chief Brexit negotiator M. Barnier, presumably to discuss how to overturn Brexit. They looked far happier together than back in their own parties.

The Corbynites of the Labour Party look likely to be the first to succeed in making their party ideologically homogeneous. Socially progressive and economically hard Left, they have bewitched millions of young people into supporting them with offers of free university places and millions of cheap new homes which haven’t yet been built but will be paid for by a magic money tree which doesn’t exist.

This makes it more essential than ever for the rest of the political ground to shift. The ‘Conservative’ party is a mess and fundamentally divided. With membership reportedly down to 70,000, it is clinging to power for dear life, dependent on the DUP and the progressive Scottish Conservatives to remain in government. It was unthinkable only two months before the election of 2017 that Corbyn’s Labour would make a huge comeback. It is unthinkable now that the ‘Conservative’ party will ever win an election again, leaving the country doomed to at least five years of neo-Marxist destruction, but political salvation may come in a unification of all true social conservatives if the old parties are rent asunder by events.

The social conservatives of UKIP have been let down by successive leaders since the referendum, the Mogg Conservatives are outnumbered in the House of Commons by Remainers, and Blue Labour is becoming homeless as Momentum takes hold of Corbyn’s Labour. Edmund Burke famously said that all that is needed for evil to triumph is for good men to do nothing.

It is sometimes a great risk even for good men and women to make the change necessary to win the battle they have to fight. Yet if social conservatives, who are a majority in the country, do nothing then nothing will change. The social democrats and neo-Marxists will continue to rule with their nebulous tentacles infiltrating all our institutions.

An alliance of good men and women underpinned by patriotism and drawing on the intellectual tradition of Burkean Conservatism could head off the rot. In this tradition, Judaeo-Christian values were accepted as self-evident truths until the Western cultural revolution of the sixties. It may be initially uncomfortable to come together and change the status quo, but Brexit and the future of the nation may depend on it.