NewsPaperthe art of publishing
HomeNewsCaroline Farrow: Spat at after BBC Question Time for defending the age-old...
4

Caroline Farrow: Spat at after BBC Question Time for defending the age-old meaning of marriage. Welcome to the new barbarism 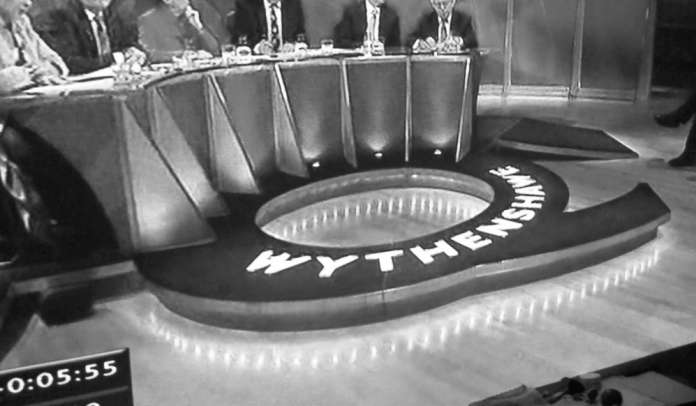 Last Thursday I appeared in the audience of BBC’s Question Time in my home town of Brighton, after a friend asked me to take their place at short notice.

When Marilyn Barmer stood up and nervously asked whether the first gay marriages due to take place in the city in the next 24 hours were a necessary piece of legislation, the temperature in the auditorium plummeted, the warm glow of good-natured yet passionate debate, replaced by a glacial hostility.

I have never before experienced such a palpable and visceral sense of contempt and dislike, despite having debated the issue a number of times inside a TV studio or on the radio with LGBT advocates.

While I’ve come in for a hefty amount of online abuse and insults over the years and at times been shocked by some of the sentiments expressed, I have at least been able to emotionally distance myself.

Words can have a powerful impact but at the end of the day that’s all they are – a stream of invective from those suffering from a sense of inadequacy in one or several areas of their lives, who should not be given any headspace.

Fed up with the shallow and saccharin sentiments of love that were lacking in intellectual rigour emanating from the panel and the on-screen love-in between Tory MP Justine Greening and Labour MP Dianne Abbot about how wonderful it all was, I raised my hand when David Dimbleby asked whether or not anyone agreed with the questioner.

As the host focused his attention upon me, asking me to refute specific allegations of homophobia, I did my best to add a fresh perspective upon the debate from the point of view those who did not wish to see marriage redefined.

But when the audience jeered in response to the simple statement of fact that every single child had a biological mother and father, I knew that I was fighting a lost cause.

The audience were not listening to what was being said; even a great debater such as George Bernard Shaw would not have won them over.

Afterwards both Roger Helmer and Lord Simon Wolfson, two of the guest panellists, kindly congratulated me on my courage.

Surely I thought, speaking my mind on a TV show wasn’t particularly brave. Yes, the aggression was unnerving, not least when Dimbleby began to unexpectedly interrogate me, but as we are  living in a free and democratic society we should all be able to speak in the public square without fear of repercussions.

Sadly however, freedom of speech comes with a price. While filing out of the studio, someone approached me to tell me I was ‘absolutely disgusting’.

Another group of people spat at me. I was swiftly identified on Twitter by Dr Evan Harris and gay columnist Benjamin Cohen and the insults flowed.

My crime? Stating that marriage was a child-centric institution and that children have a right to be brought up by their biological parents, where at all possible.

Gay rights campaigner Peter Tatchell is still not satisfied that same sex marriage legislation goes far enough is now calling for a repeal of the marriage law. Stonewall are calling for homophobia to be eradicated from ‘churches and homes’.

What does this mean in reality? Are the thought police to be sent into churches and homes to enforce the new orthodoxy that anyone who does not support the new State definition of marriage is to be censured and made to see the error of their ways?

A new Cinderella law seeks to prosecute parents who do not show their children  enough emotional affection.

Will the State define as emotional cruelty ideas that are not commensurate with their own vision of perfect parenting?

Will parents who homeschool or refuse to condone the new definition of marriage be deemed guilty of emotional cruelty or causing harm?

There is legitimate concern that this new power grab by the State to redefine a centuries-old institution will have a serious impact on  freedom of speech and religions. Being spat at is the least of our worries.