Laura Perrins: Not all women are consumed by ambition. Feminists please note 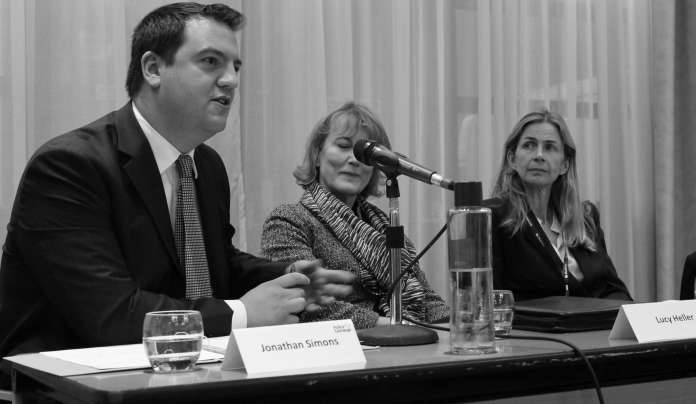 Alice Thomson at The Times is hacked off that there are not enough female MPs. She is annoyed with women for not trying to get to “the top” but are “just ambling along having a balanced life” instead.

So has Ms Thomson decided to pack in her job at The Times and enter politics to run as MP for the next Parliament? Is she up for the time and effort that this requires? Never! But she has shamed all the other women out there who strive for work/life balance, instead. This shaming is executed from her desk, at The Times.

Ms Thomson’s piece had a long list of grievances, including that “many female MPs threw their energies into campaigning for better maternity leave and more part-time work”. Shame on them! Shame for campaigning for maternity leave – sure we should abolish it instead. How lazy can you get – taking time out of the workplace – the glorious workplace – to recover and spend time with your newborn baby? It is the scarlet letter for you.

She is also peeved that “Women stopped trying to change the culture and challenge the establishment”. This is said, from a desk at The Times – the paper of record, remember? So, not the establishment at all.

At least, however, Ms Thomson acknowledges that it is women themselves who have chosen not to get to the top and there is much blame heaped on those odious kids, as always. “We’ve done it to ourselves,” one Westminster woman admitted. “Women got sidetracked by motherhood again.” Evil, wicked motherhood.

It has long been part of feminist ideology and strategy to shame women for ‘exercising agency’ and having different preferences to men. The contempt is particularly strong for mothers who wish to spend some time with their own children. Obviously full-time mothers are the absolute worst, and unworthy of mention, but in this piece even the part-timers get a bit of a kicking.

Do you hear that mother of two with your three-day week? There are you just “ambling along” – when you could be at “the top”, the summit, I tell you. And you thought you were working pretty hard at home and at work, what with the juggling, the dinners, the chores and the school-run? You believed it was all bit of challenge? Not so, you slacker – you are just ambling along, according to Ms Thomson, and deserve to be shamed for this. Welcome to my world.

It is progress indeed that Ms Thomson acknowledges that some women have decided not to strive for “the top” and it is not a concerted effort on the part of the evil, evil patriarchy to do them down.

But it is disappointing, although entirely predictable, that the feminists scorn women for having this desire to nurture and not dedicate every waking hour to work. The feminists love putting mothers on the naughty step for this.

However, the following should also be acknowledged. First, I doubt “any woman in Britain” can reach the top in politics as the majority of people (men and women) are average. There is only so much room at the top – very little in fact – that is why it is called the top. And if we accept we live in a meritocracy (give and take a few exceptions such as Boris Johnson) this is usually occupied by the very talented, clever and skilled.

To reach the pinnacle, however, it is not just talent that is required; it also takes devotion and persistence. Sometimes, even those with the necessary talents decide they do not want to make the necessary sacrifices – frequently involving family – to reach this lofty summit.

They should not be shamed for this, unless there is literally no one else suitably talented to do the job. This, in my opinion, is certainly not the case with politics, where there are plenty of the talented and not-so-talented backstabbing their way to Everest.