Turn off social media and turn on these useless MPs

I HAVE just been allowed off the Farcebook naughty step for the umpteenth time this year (or indeed any year) for the unforgivable crime of upsetting some overly-sensitive snowflake. (Again.)  I had intended just to shut my account down and have done with it, and believe me I’m still tempted, but lots of nice people on my friend list asked me to stay.

However, I don’t want to spend as much time on there as before  because during the month I spent in electronic purgatory under strict instructions, via Farcebook’s nasty ‘community standards’ diktat, to mend my ways, I decided that too much of my life has been wasted in this toxic echo chamber, listening to people getting bent out of shape over Covid and Brexit and other issues.

I just can’t be bothered to get involved in the relentless hamster’s wheel of pointless prattle on there, where folk scream and shout about the unparalleled stupidity we have seen from our so-called leaders and their self-serving advisers. However, the selfsame complainants can’t be bothered to contact those who should really be on the receiving end of this year’s interminable electronic bilefest, namely their own MPs.

I have spent much of this year bombarding my MP with demands for answers and comments on the whole range of toxic 2020 topics and have supplied evidence to back up my views and it now seems to be paying off because even though I still think he is as wet as a fish’s wet bits, he seems to be listening more and learning something. He even appeared to react to something I said to him recently in the Commons the other day.

Many people think MPs are super-intelligent beings and some of them may be – even though some lack common sense and the common touch – but many, in my experience, are not overly furnished with insight and they need to be told what’s what in the Real World outside the Westminster Bubble.

Social media is on a course for self-destruct. It is no longer representative of the majority of people, much in the same way as the government and the mainstream media. You can post only on the strict terms of the platforms’ ‘community guidelines’ (AKA ‘Woke-infested psychobabble’) which are now uncompromisingly sanitised and lean so far left they’re almost parallel with the ground. It is a road to nowhere.

Just imagine if all those roads ended at number 10 Downing Street with enormous and unprecedented pressure from the electorate of this country on those whom we put in charge of our nation less than 12 months ago to get off their well-upholstered backsides and put this country back on its feet, and that not only means sorting Brexit and Covid. It means dealing with the ‘woke’ problem once and for all.

The safe-space-seeking crybabies of the spoilt brat contingent and the violent ‘anti-fascist’ (anything but) thugs of the far Left are by far the biggest danger to this country and other countries and civilisation in general. Their toxicity and pure hatred for anybody who dares to disagree with them is horrifyingly obvious. However, their attitudes are now, frighteningly, attracting the attention of corporations and companies outside the public sector, and this needs nipping in the bud.

So if you are spending too much time moaning on Farcebook or Tw@tter, and not even two minutes out of a whole week emailing your MP, you are simply part of the problem.

The government is not listening so WE have to get this country back on its feet. It’s no good going on protest marches because unless you are a member of either Extinction Rebellion, Antifa or Black Lives Matter, you can guarantee that at some point you are going to be bundled into the back of a police vehicle and manhandled just for daring to wave the smallest and least offensive anti-lockdown placard.

THE apathy level is now far too high to be spouting off about coups d’etat or revolutions, so I’m afraid the ‘peasants’ revolt’ will have to begin from your own armchair.

Stop firing blanks at Tw@tter trolls from your electronic gadgetry; you might as well be shooting at tin cans with an air rifle for all the good it will do.

GET ON TO YOUR MPs AND KEEP ON. . . AND ON . . . AND ON . . . keep reminding them that they are sitting ducks and that given the events of the past four years, the next general election may not be that far off. Remind them that you are paying their wages and we ‘plebs’ are not their servants; rather it’s the other way round. Who knows, if enough of us were to remind our elected representatives that they are there to serve us, we might just get some common sense. At last.

I know it’s a tall order but I can’t see any other way to deal with this. One thing is, however, without question . . . your voice is wasted on social media. 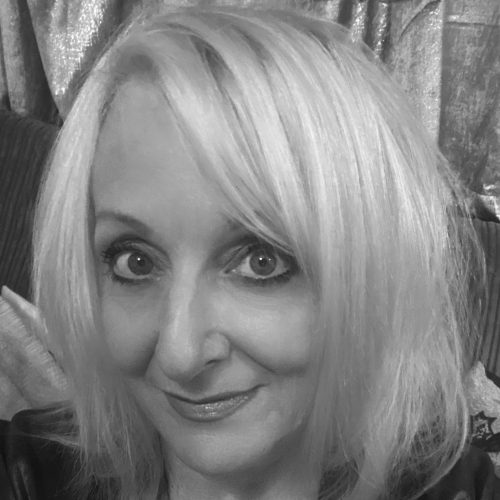 Kim Rye
Kim Rye is a former Fleet Street copytaker. She is a sub-editor on 007 Magazine & Archive.