NewsPaperthe art of publishing
HomeLaura PerrinsTwitter: At least Musk has upset the left
164 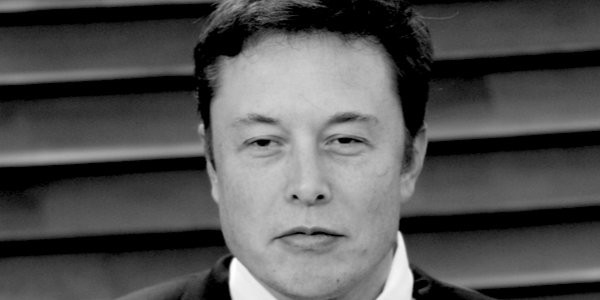 We asked two of TCW‘s top writers for their response to Elon Musk’s takeover of Twitter? You can find Tom Penn’s view elsewhere on these pages.

I’M SURE you have been entertained by the total leftie meltdown on Twitter now that it has been bought by Elon Musk. Not since the election of The Donald were this many leftist tears being shed – we could swim in them. Deranged doesn’t begin to cover it.

The New York Times for instance says: ‘Members of the far-right celebrated Elon Musk’s deal to buy Twitter and began testing the platform’s limits with tweets criticising the transgender community, doubting the effectiveness of masks, or claiming that the 2020 election results were fraudulent.’

Now, don’t get me wrong. Having Sheriff Musk in town is a huge improvement on what we had before, the Twitter that banned anyone who digressed from the extreme leftie narrative that dominated the space. Twitter banned everyone from the former President of the United States to doctors to satirical news sites. Now the libs have been owned, literally, by Musk.

Musk is a self-described ‘free speech absolutist’ and has been vocal in his criticism of Twitter’s policies on moderating content, arguing that it needs to be a genuine forum for free speech.

‘Free speech is the bedrock of a functioning democracy, and Twitter is the digital town square where matters vital to the future of humanity are debated,’ he said on announcing the deal.

You think I am exaggerating? If William Buckley came back from the dead and took one look at the culture – the content of TV, the newspapers and social media – he would declare that the conservatives have been well and truly trounced. Buckley would deem the culture unrecognisable and he’d be right.

Sure, we still have our market economy, but that counts for very little with a tax burden the highest since the days of Buckley and when men are heading to the ladies’ bathrooms and swimming races and all the main institutions say, this is fabulous and something to be celebrated! If today’s human beings are going around saying ‘men can get pregnant’, we have a problem.

What the lefties did – and it was quite a number – was claim to be the champions of free speech when the culture was broadly ruled by a conservative Christian coalition. This was back in the 50s/60s. So the left lied and said, all we want is an exchange of ideas and robust debate in the form of ‘free speech’.

Conservatives need to ditch this free speech fundamentalism and start promoting conservative values. That might require free speech one day or censorship the next. I don’t care which tool we use as long as we win.

Here is my ideal plan: we win and the left lose. To do this, we promote our cultural values which are broadly conservative and Christian. There will be no more free speech fundamentalism but I will permit some dissent when the mood takes me.

So, this is what I would ban on Twitter, and you can call it anti-free speech or content moderation or whatever you like. I just call it us winning and them losing.

3)    All accounts that sexualise kids. If you want to have drag queens reading Goldilocks to children, you can pack your bags and take a hike.

4)    Ban all accounts that lie about public health. So that’s your vaccine promoter. Anyone who pushed a vaccine on healthy 26-year-olds who may subsequently die from the not-so-rare blood clot is banned.

5)    Gone too are the lockdown promoters and Big Pharma in general. And Big Sugar – trust me on this.

6)    Ban all those who supported segregation and discrimination against those who chose not to take an experimental vaccine. In fact, that’s anyone who uses the term ‘anti-vaxxer’.

8)    Ban anyone who misuses the English language. So, anyone who thinks the pronoun ‘he’ can refer to a woman will have to go back to school. When they have done that we will consider unlocking their accounts on a case by case basis.

9)    Polling company accounts. You know what you do.

So, right after myself and Kathy successfully crowdfund for about $45 billion, we will get the Twitter we all deserve. Then we can rebuild Jerusalem.