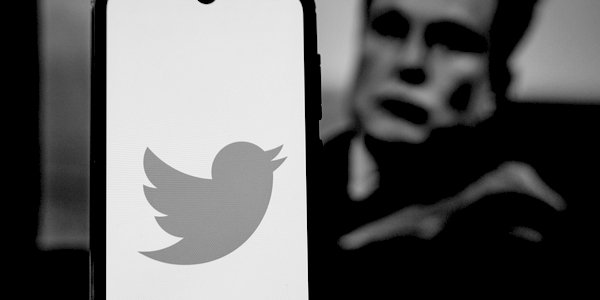 We asked two of TCW‘s top writers for their response to Musk’s takeover of Twitter. You can find Laura Perrins’s view elsewhere on these pages.

ELON Musk is not Christ, his takeover of Twitter not the second coming. He is the richest person on the planet – immediate qualification for untrustworthiness – with a disturbing penchant for dystopian technological innovations. If anything, he could be the Antichrist.

The sceptical community are falling over each other in a fawning attempt to crown Musk the king of free speech, mayor of the global, digital town square. Have they learnt nothing from the past two years?

How convenient for the man that his takeover of Twitter will probably increase his popularity a hundredfold and propel expansion of his stable of multifarious nerdy pursuits, and hence universal adoption of the technologies they spawn. Or conversely, perhaps governments around the world already fully focused on total regulation of the online world in order to crush the infodemic will make it impossible for renegade Musk to trigger a pesky social media revolution; his takeover then all for nothing.

Either way, who cares? Let’s be crystal clear on something: Twitter is not the real world and ultimately Musk’s takeover is naught but a part of his ploy to become ruler not necessarily of people, but their avatars. It’s a handy acquisition for a man whose company Neuralink is on the brink of perfecting a brain-chip to help humans navigate what looks set to be an AI-dominated future. Handy indeed.

Having played around for the first time with Twitter last winter, I found the detrimental effect on mental health and thought patterns frighteningly swift. No matter what innocent excuse I dreamed up for using the platform – research, rapid news access, contributing to a push-back against our government’s crippling pandemic response – the resulting feeling remained consistently one of nauseous unease: consequence of the undignified, narcissistic creation of a totally unnecessary alter ego. I’m almost ashamed of myself.

Such legion, fragile alter-egos will provide the customer base for the vision of life Musk is itching to manifest, all of whom he wishes to see driving non-eco-friendly Teslas, utilising chips inserted by Neuralink surgeons, whose information is relayed via Starlink’s thousands-strong satellite internet constellation while he simultaneously works on the logistics of colonising Mars.

The anti-Covid-narrative set see his takeover of Twitter – a platform heavily censored throughout the pandemic in the ‘interests of public safety’ – as the foundation of a sort of bulwark against similar global propaganda campaigns in the future. Firstly, good luck with that: as if a mobile app could derail any type of ‘great reset’, for want of a better term. Secondly, King Musk inevitably wishes not to see any of his enterprises slowed by public health mandates, so of course he is against disruptive non-pharmaceutical interventions. And thirdly, when all is said and done, Musk is a man who put a computer chip into a pig’s head. I repeat: he put a computer chip into a pig’s head. The behaviour of a sane, rational and wholly benign human being that is not.

That he also speculates that Neuralink chips will one day perhaps be able to cure disease is ironic in light of the ongoing, ruinous prototype vaccine-related events he appears to be bent on allowing criticism of. Again, handy.

I don’t know about you, but if it came to the crunch I’d take Bill Gates and several shots of Comirnaty over Elon Musk’s glitchy remote-control brain immunisations. I’d rather be a Covid-19 Gertrude than a Neuralink one suspiciously attracted to life on Mars.

There is no doubting the man’s intelligence but the same could be said (ethics aside) of Klaus Schwab, Anthony Fauci, Vladimir Putin or Xi Jinping – all dangerous nerds to a greater or lesser extent in their respective fields and all having achieved their lofty positions as a result of fake benevolence. Nobody gets rich from genuine benevolence. Nobody.

And that includes co-founder and former CEO of Twitter Jack Dorsey, who for whatever reasons of his own has cultishly endorsed Musk as the platform’s Messiah-saviour, saying: ‘I trust his mission to extend the light of consciousness.’ But if the events of the last two years have still not taught you to distrust anything that tumbles out of the mouths of any of the world’s billionaire, self-professed philanthropists – of whom Dorsey is one (in the company of Bill Gates, Mark Zuckerberg, Jeff Bezos, and Facebook co-founder Dustin Moskowitz, to name but a few) – then perhaps reality is indeed not for you.

I consider myself one of the fortunate few to live in a town with a real-life town square – a fine place to watch the world go by, meet up with, bump into or make friends, and generally contemplate and observe. Albeit one the majority of whose visitors have ground-breaking yet ineffectual mRNA vaccine technology lurking in their cells – a stepping stone to the human augmentation that the likes of Musk and his ilk are totally obsessed with. Nowhere is perfect, I suppose.

But it strikes me that if conflict-of-interest-king Musk were to sit in the very same square, he would be incapable of passing more than 20 seconds without scheming over his plans for the future of humanity, indeed, observing not humans but the human laboratory pigs of his fanatical agendas. He is not to be trusted.

But what’s the alternative? Sit idly by and allow social media platforms to be taken over by the deep state? Yes, exactly that. Let them remain the incorporeal domain of the blinkered masses addicted to the vibrating feedback of their gimmicky ideologies. After all, it’s safe to say that two years of social media debating on the pandemic (the piecemeal prohibition of the sceptical viewpoint notwithstanding) has done nothing to alter the official narrative.

The engineered crisis achieved its aims, nobody has apologised, nobody from the mainstream media dare forcefully condemn China’s ongoing Zero-Covid madness, and we have been told to expect more of the same in the future – and not many appear to have a problem with this. So let the platforms die in the hands of those already morally dead. The rest of us can get on with enjoying what’s left of the real world while we still can, seeing Musk’s takeover of Twitter for what it really is: a mere distraction. Add it to the pile, then.

I pity future generations, and consider myself lucky indeed to be living in perhaps the final, albeit already tarnished, era of true reality before the Metaverse – ushered in using the vehicles of fake benevolence, fake free speech and fake self-agency – comes to dominate life on earth.