NewsPaperthe art of publishing
HomeBrexit WatchTwo Amendments and a Funeral
144

Two Amendments and a Funeral 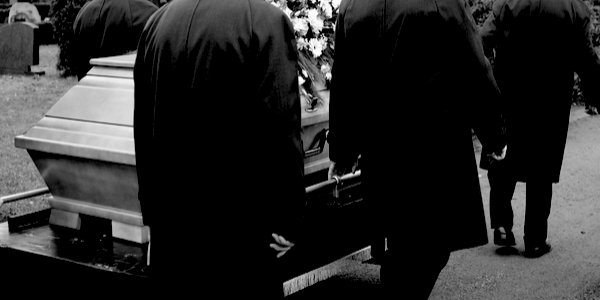 IF, AS now looks likely, the prospect of a clean Brexit on WTO terms – the only alternative which, by leaving all the EU’s institutions and thereby retaking control of our own laws, policies, borders and money, would genuinely repatriate our rights and powers to democratically govern ourselves, and thus also the version of Brexit for which British voters overwhelmingly opted on 23 June 2016 – is mortally wounded or even killed off in Parliament some time tomorrow night, two House of Commons amendments by unreconstructed Continuity-Remainers will ostensibly be to blame.

The first has already been passed, and is in force: potentially lethally so, because its existence enables the second.

In all the drama of early last week, surrounding the obstinate refusal of the Government to publish the Attorney General’s full legal advice on the hugely damaging consequences of Theresa May’s EU Withdrawal Agreement, culminating on Tuesday 4 December in the unprecedented finding of the Attorney-General and Cabinet Ministers to be in contempt of Parliament, one amendment to the contempt motion did not receive the full attention its baleful significance merited.

It was proposed by arch-Remainer Dominic Grieve, former Attorney-General, ‘Conservative’ MP for Beaconsfield, long a key member of the cabal of unrepentantly and resolutely anti-Brexit MPs – notwithstanding the Referendum result and the 2017 General Election Tory manifesto pledge to implement it, on which they all stood and were elected – clustered around Anna Soubry on the back benches.

Its purpose and effect was to enable MPs to instruct the Government what to do next in the event of May’s BRINO-Deal being defeated on the floor of the Commons, as now looks inevitable. The Grieve amendment was passed by 321 votes to 299, with 26 ‘Conservative’ MPs trooping through the Aye lobby in support of it, not merely the 12 or 15 usual suspects, but others as well.

On a Parliament-wide basis, therefore, the MPs who claimed that they ‘honestly’ respect the Referendum result, but of whom approximately 70 per cent did not, and still do not, want Brexit to happen at all, notwithstanding that result, voted in effect to give themselves the power to stop it happening, because they do not like how the public voted. As the Tory MP for Telford Lucy Allan, publisher of an impressive statement about why she will vote against May’s atrocious deal, tweeted: ‘This vote took Brexit from the people and handed it to a Remain Parliament.’

This vote took #Brexit from the people and handed it to a #Remain Parliament. https://t.co/ROfWPj0FsJ

Fast-forward now to the remaining two days of debate on May’s Withdrawal Agreement, with the vote scheduled for the evening of tomorrow, 11 December. One of the amendments liable to be selected for debate prior to the substantive vote is that of a group of Select Committee Chairmen, including another arch-Remainer and Referendum result refusenik, Hilary Benn.

Backed by a scathing report of the Brexit Select Committee, which criticises May’s deal for lack of clarity and a ‘huge step into the unknown’, it not only explicitly rejects May’s deal, but in its effect would rule out any possibility of a WTO-terms, No-Deal Brexit getting the approval of MPs, who, via passing last week’s Grieve amendment, have voted themselves a veto on whatever form of Brexit the electorate voted for.

It’s almost guaranteed to be among those selected by the Speaker. First, not only does it chime with Bercow’s own opinions and cause trouble for the Tories he most hates, but it comes from a group including the Brexit Select Committee Chairman, so he also has a quasi-‘constitutional’ excuse.

It will almost certainly pass. The combined parties of the EU-phile Left, plus the anti No-Dealers in the ‘Conservative’ ranks stuffed with unreconstructed Remainers, May’s BRINO Dealers and Norway types, would have sufficient numbers to push it through. Even the possibility of No 10 collusion in this, to force ERG-Brexiteer support for May’s execrable BRINO deal as the least Remain-ery of the three Remain or near-Remain options, cannot, given its past record, be ruled out.

Assuming May’s deal is heavily defeated, what follows is anyone’s guess. It should be axiomatic that May immediately resigns, and that her entire Cabinet do, too. It was their policy as much as hers. They backed it and her. They are inextricably complicit in her lies and deception, and they should accept the consequences.

But some of them are mulling the frankly fantastical, in the word’s literal sense, possibility of her returning to Brussels, demanding and securing (just) enough concessions to make a second attempt at Commons approval succeed. Mostly May-loyalist Cabinet members, this appears to be little more than a desperate plea to buy her (and them) more time to cling to office.

Some will take it as a green light to refloat their own particular EFTA/Norway version of quasi-Brexit, despite its manifest flaws outlined on TCW only hours ago. Still others are beavering away trying to bring about their much-cherished aim of a Referendum re-run, despite the warnings that not only would this be profoundly anti-democratic, but would deepen the existing divisions in society, possibly leading to the need for a third.

TCW readers will spot that there is one Brexit option not mentioned in the preceding few paragraphs – the one mentioned in the first paragraph, the one which 17.4million voted for. That has been summarily tried, condemned and executed by a Parliament, roughly 63 per cent of whose constituencies voted for Britain to leave the EU, but about 70 per cent of whose members are determined that it shall not, in what it’s increasingly difficult to describe as anything other than an impeccably-lawyerly, but deliberately anti-democratic, Parliamentary coup d’état against the electorate.

Its funeral, bracketed by two amendments, is now taking place. Not many mourners. Public not invited.

Share
Facebook
Twitter
WhatsApp
Email
Previous articleHow May’s machinations have left us on the brink of a constitutional crisis
Next articleReaders’ comments: We must fight back