Two old ladies and a dog have right on their side 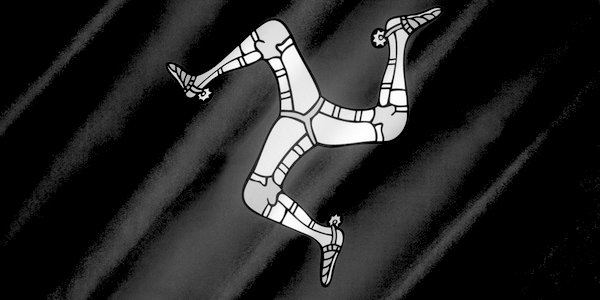 Two old ladies and a tiny dog have brought the world’s oldest parliament to its knees. Ruff, the chihuahua, has gone to find a lamp post, leaving the women holding banners with pictures of aborted babies. I keep watching this pavement burlesque and note that the number of protesters has doubled. Two young mothers and an older man join this Dad’s Army of pro-life and free speech campaigners. I cross the road to meet the motley crew.

The pint-sized group of protesters aren’t shouting slogans. They aren’t standing on a soapbox and delivering orations like jihadis at Speakers’ Corner. They are as polite as pie and as mild as a cup of Earl Grey. Conversely, a few passers-by are abusing them using language that would make a Manx fisherman blush and are insisting on buying them tickets for the next boat to England.

But this ragtag group isn’t the well-organised Abort67 from England. They are not pro-life religious nutters. They are an ad hoc bunch of concerned Manx citizens who cling to three tested principles. Here’s what they claim:

First, scientifically, it can be argued that the unborn are distinct, living, and whole human beings. Second, philosophically, it can be argued that none of the differences between the embryo I once was and the adult I now am justify killing me at that earlier stage of development. Third, freedom of speech is the non-negotiable foundation for freedom of choice. This is science, philosophy and politics. All three claims are illustrated through images of aborted babies. QED.

So why in Manannan’s name is Tynwald, the Isle of Man parliament, so terrified of two elderly women and a dog standing outside for two hours on a Tuesday? Why is parliament pushing the panic button and rushing down Mount Snaefell like the Gadarene swine desperate to pass a law creating access zones and banning free speech? Why are Members of the House of Keys (MHKs) who typically bask in the über-laidback Manx spirit of Traa dy liooar (time enough) suddenly rushing through anti-free speech laws like Guy Martin on a superbike?

On 13 March 2018, Tynwald debated clauses introduced by Ralph Peake MHK seeking to designate euphemistically named ‘access zones’ where it would be illegal to stage even a silent and peaceful protest against abortion. My wife and I sat in the gallery listening to the debate, impressively presided over by Speaker Juan Watterson.

Peake’s proposal is based on a flawed and dishonest claim. He commits the logical fallacy of begging the question when he states that his amendment intends ‘to provide safe access for patients and Department staff to abortion service facilities, the homes of persons providing abortion services and the surgery of every medical practitioner who provides abortion services’. Peake’s double-speak does get hilarious when he refers to ‘abortion’ as ‘healthcare’!

When you were a child and didn’t eat your greens did your mother tell you that the bogeyman would come and get you? Peake thinks adult women and medical professionals are children who are terrified of the bogeyman of the so-called protesters. Safe access? Can he point to a single incident where a single member of this puny group has intimidated anyone seeking or providing abortion?

Peake ratchets up his rhetoric to apocalyptic levels of scare-mongering. He claims that ‘the protest will escalate and become unpleasant with focus shifting to hospitals, homes of staff and patients directly’. Really? You’re running scared of two grey-haired pro-lifers and a chihuahua, Mr Peake? Or are your high-octane hyperbolic histrionics a smokescreen for the ultra-feminist pro-choice lobby who oddly are religiously anti-choice when it comes to free speech?

Lamentably, Peake’s posturing is picked up by other MHKs such as Bill Malarkey, who talks about people being ‘harassed’!

If you’re reading this and you have a vision of Dante’s Inferno with its stark slogan ‘Abandon hope all ye who enter here’, don’t despair just yet. Chris Robertshaw MHK intervenes with a voice of much-needed sanity. He labels the ‘access zones’ clause ‘a very significant departure’ from the original Abortion Bill.

He comes up with four tests to consider whether the new law will actually deliver what Mr Peake intends. Is the law necessary? Does it comply with the European Court of Human Rights? Is it an amendment or a significant departure? Is it actually workable? Robertshaw erroneously assumes that Abort67 is staging the protests, but apart from this he debunks Peake’s proposal with consummate clarity and valid arguments.

Most importantly, he recognises that the new law would violate Article 10 of the European Convention on Human Rights, most relevantly in the case of Annen v Germany. Mr Robertshaw can reinforce his principled position by pointing out that in the this case, an anti-abortion protester had distributed leaflets with graphic images outside an abortion clinic alleging that the abortions performed there were unlawful and akin to the murders committed at Auschwitz during the Holocaust.

The European Court of Human Rights (ECHR) held that an injunction on the distribution of pamphlets and a website which named doctors involved in abortions and which implicitly compared abortion to the Holocaust was a violation of the right to freedom of expression.

Robertshaw quotes the ECHR judgement: ‘Freedom of expression constitutes one of the essential foundations of a democratic society’ and it is applicable to information or ideas that are ‘regarded as inoffensive’ or ‘that offend, shock or disturb’.

Shockingly in a postmodern and post-truth age, it is truth and facts that offend, shock and disturb the most. This is why Antifa thugs in black masks disrupt speakers at universities and stop them from exercising their freedom of speech. In the light of the above judgement, the ECHR would stand resolutely by the two old ladies and the dog (who, I suspect, would become a cause célèbre for Animal Rights Activists – they would display a graphic image of Ruff subject to literary vivisection in my piece!)

The ECHR would acknowledge, as it did in Annen v Germany, that the pro-life demonstrators outside Tynwald are doing nothing more than telling the truth, the whole truth and nothing but the unembellished truth by displaying images of aborted babies that are a factual and accurate representation of what happens when a baby is murdered in its mother’s womb. Facts, of course, don’t care about your feelings!