Two years in power and no nearer solving the immigration riddle 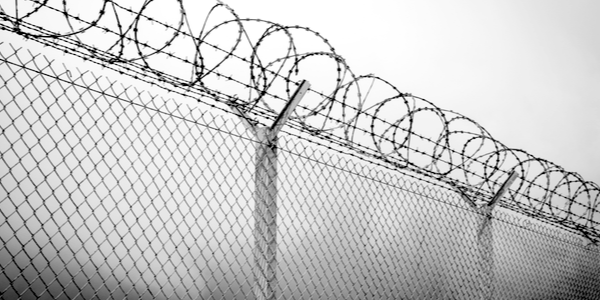 A WEEK of contrasts for those involved in border control, not least for 100 Royal Engineers who find themselves in Poland, presumably to build a fence to keep Lukashenko’s economic migrants out of our Nato ally’s real estate. Closer to home, our Nato ally France seems to be doing nothing to prevent the hordes from crossing the Channel, despite being paid millions to do just that. (Perhaps the midget Napoleon wannabe is more concerned with his re-election and fishing rights.)

Finally, Home Secretary Priti Patel has come up with (another) new plan, this time modelled on the approach used in the Greek Islands, and is contemplating strict detention centres for those who get here in place of the current system where many simply disappear into the UK. Amazing, isn’t it, Priti’s been Home Secretary for more than two years and has only just grasped the concept of detention. As she’s also responsible for prisons, I can’t be alone in wondering what took her so long. Maybe her civil servants don’t share her views on secure borders.

Which is not to say that this will be an easy task.

The EU ruling is (generally) that the first state in which an asylum seeker is fingerprinted is responsible for processing their application (the Dublin Regulation). Post Brexit, we’re not subject to that law. France and the EU may well find it more convenient and less costly not to fingerprint, and just send them on their way to the UK, which I’m sure Macron views as part of the punishment that we’re due for having the temerity to leave. Somehow I don’t think solving the UK’s immigration problem is a priority in the Élysée Palace or Brussels.  Which leaves the UK two options: make it a EU priority or deal with it ourselves. So far we have done neither, or failed at both – possibly the latest version of ‘Have cake, eat cake’, which seems to be the government mantra.

Making it an EU priority would require making it a French priority. The obvious route would to be to play very hardball on fishing, buying up French boats and building UK processing plant if necessary, while finding a market other than the EU for our superb fish. Not easy, but far from impossible. The harder problem would be that Macron might stop supplying electricity, but we already know we need to build lots more power stations.

Securing our borders ourselves looks easy on glancing at a map – we are, after all, an island. The problem is that while sinking invading military forces is allowable and possible, sinking a boat full of migrants, inevitably including children, is unlawful, would play out badly with the public, and no official would obey such an order. Towing boats back to French territorial waters is tricky and does not prevent them trying again tomorrow. The current solution, bringing them to the UK, is failing due to a complete lack of processing, let alone secure holding. Repatriating them is fraught with problems and I suspect there is no easy way of returning them to France. So building a string of detention centres is possibly the only option.

Then what? Families and individuals in these centres need feeding, securing etc – they will be de facto prisons and, as we know, the Home Office is not brilliant at running them. Worse, I suspect Amnesty International and the rest would soon be on the warpath about ‘prisoners of conscience’ etc. Nor is it cheap, notwithstanding the magic money tree of quantitive easing.

Once again, we see a government that knew what it was getting into arriving with no viable plan and, two years later, still grasping for solutions. About the only problem that it has (part) solved is the one that no one had, wanting to get from London to Birmingham at 250mph.

There are two by-elections coming up in December. I really hope that those who have an opportunity to put an X in a box think wisely; if we keep electing these incompetents (or endorsing them at a by-election) the future is far from bright.