NewsPaperthe art of publishing
HomeNewsUkraine: These people deserve our sympathy but sorting out Nato is the...
526

Ukraine: These people deserve our sympathy but sorting out Nato is the burning priority 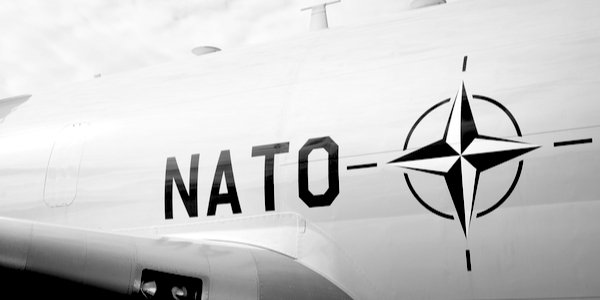 THERE are two ways of viewing the Ukraine crisis, and the one chosen by the West is only half right.

The invasion of Ukraine was indeed an outrage. Western governments see an unprovoked attack on an independent country by Vladimir Putin, who they suspect wants to rebuild the Soviet empire. It is certainly true that Ukraine posed no military threat to Russia and, as a much smaller country, was never likely to do so on its own. But would that still be true if it joined Nato?

Others in the West perceive that the war, however terrifying for its victims, is just one piece in Putin’s real game plan to force Nato off Russia’s borders, on which it has steadily encroached over the past two decades. Nato leaders are publicly ignoring this factor.

The war, for which the West has had three months to prepare, is in fact entirely about Nato, which Putin regards as an existential threat to Russian security. This was explained in a TCW  article by Lieutenant-General Jonathon Riley.

Ukraine is the lever Putin is cynically pulling to force the West into negotiating a new East-West security settlement in central and eastern Europe, something President Biden and his allies have been acutely aware of since the build-up of Russian troops on Ukraine’s border began in October.

The official West, dutifully echoed by the media, has pretended to see the war only in terms of the danger to Ukraine rather than Putin’s determination to secure the most extensive re-alignment of East-West relations since the Soviet Union’s collapse three decades ago.

Putin has now attacked, invading strategic areas of eastern and southern Ukraine where there are ethnic Russian majorities and sowing casualties and destruction with missile attacks across the country to demonstrate his reach. No part of Ukraine is safe.

The West has responded with sanctions and the despatch of additional troops to the Nato countries bordering Russia and its ally Belarus, in case Putin threatens them too. At the same time, it has left Ukraine to its fate militarily. No troops have been sent there and Biden said the US would not fight the Russians.

That holds only for Ukraine, which is not a member of Nato, only an aspirant. If Putin went on to threaten the Baltic states which are Nato members, Biden would have an alliance commitment to defend them if the Russians pushed things that far. Nato secretary general Jens Stoltenberg confirmed that the alliance would fulfil its treaty obligations if any member country were attacked, including by cyber means.

Let’s suppose the unanimous condemnation of Putin by the West, together with sanctions, makes him pause; he orders a ceasefire, accepts Ukrainian President Volodymyr Zelensky’s offer of future Ukrainian neutrality and limits his gains to the two self-declared ethnic Russian republics in eastern Ukraine.

This will not change the fact that Nato remains exactly where it was before Putin initiated the crisis and will be as unacceptable to him and his successors as before. If he can’t get his way through Ukraine, his next move logically would, pace Stoltenberg, be to find ways to destabilise the Baltic states which also have Russian minorities.

Is Putin being rational in the course he has taken? Professor John Mearsheimer of Chicago University, who visits Russia and China regularly, told an audience at Yale they would be surprised by the extent to which both Moscow and Beijing genuinely fear that the aim of the United States is to bring about regime change in both.

The idea would probably surprise most people in the West but if it is what the Russians and the Chinese believe, it becomes a serious geopolitical factor to be considered, including the risk that it spurs a Russian-Chinese alliance that would be a huge problem for the democracies.

China has not taken sides but a foreign ministry communique said somewhat ambiguously: ‘It is important to reject Cold War mentality, take seriously and respect the reasonable security concerns of all countries and reach a balanced, effective and sustainable European security mechanism through negotiation.’ The sub-text appeared to mean China expects some compromise from Nato.

We think of ourselves in Europe as exemplary non-aggressors but the United States is a militaristic state, more often at war somewhere than not. In 2002 George W Bush dragged us into an unprovoked war against Iraq in the same way that Putin moved against Ukraine. The UK itself joined an unprovoked attack on Libya which has wrecked the country.

Looked at this way, it is easy to understand that for Putin, Ukraine in Nato would be another springboard for an alliance attack on Russia. Nothing the West does while Nato is sitting on Russia’s western border – in a complete reversal of the post-war status quo – will convince him otherwise.

Russian deputy foreign minister Sergei Ryabkov said after meeting American negotiators in Geneva in January that Russia, not trusting the West, would never allow Ukraine to join Nato. One reason for this uncompromising attitude is that the Americans broke a previous promise to Mikhail Gorbachev when the Soviet Union was collapsing that Nato would not expand eastwards.

That betrayal is what our word is worth in Moscow now and understanding Russia’s point of view is not the same as being pro-Russian, as Biden and his handlers want us to believe. The British government’s drum-beating response has been embarrassingly unrealistic both in terms of the UK’s military capabilities and diplomatic influence. We have a voice but it’s not as important as Boris Johnson pretends.

Biden believes that sanctions are the magic wand to bring Putin to heel but US secretary of state Antony Blinken was embarrassed to admit on US television that, despite them, the US is still importing Russian oil to meet domestic needs, by which he meant Biden’s political needs.

It hurts Russia in the short term if it cannot sell its natural gas and oil exports to the Europeans who are economically dependent on them. However, these exports can be diverted instead to China which has insatiable energy needs. Sanctions will cause as much inconvenience to the EU as the Russians and are already doing so as the price of oil soars.

Ukraine deserves sympathy but the deafness of Biden, Johnson and others to the absolute need to tackle Nato’s future does not. Peace on the continent depends on it.