NewsPaperthe art of publishing
HomeCulture WarsUnashamed, the fat of the land
394

Unashamed, the fat of the land 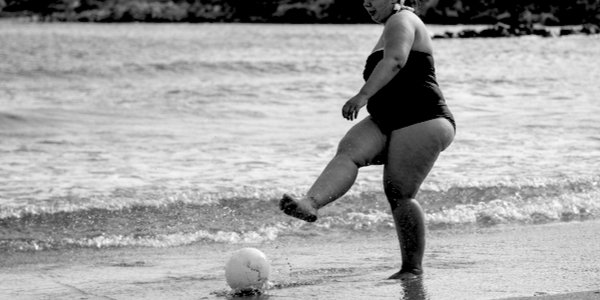 MY holiday on the south coast was rather dismal, not just for the expensive, poor-quality food and accommodation and rain, but the ubiquitous sight of morbidly obese young women clad in floral leggings and crop-tops. It was like being in Willendorf-on-Sea. A backside the size of Sussex is obviously no embarrassment any more, and it seems that we are now being nudged to accept obesity as yet another identity to be respected.

As part of a $3.5million refurbishment, the San Francisco War Memorial Opera House’s original 1932 seats have been replaced with 3,128 larger ones, including 12 ‘bariatric’ chairs for people weighing between eighteen and twenty-one stone. Many US theatres, concert halls and sports arenas are keen to accommodate audiences that have grown in girth; Chicago’s Lyric Opera House put in wider seats in 2020, following the Music Hall in Cincinnati and the Academy of Music in Philadelphia. Theatres on Broadway are doing the same along with the Yankee Stadium. What they do in the US we have to do here, so no doubt we will soon be spending public money on sturdier seats on public transport and wider doors in public buildings.

San Francisco Opera claimed they were ‘breaking down barriers’ and being fair to the ‘differently sized’. In 1932 the average US male weighed just over ten stone. Fifty years ago he was twelve stone and he’s now up to fifteen. The US Centers for Disease Control (CDC) recently found that 40 per cent of American adults were obese. This is radically affecting health and longevity on both sides of the Atlantic, but is increasingly being treated not as a crisis to resolve but another ‘protected characteristic’ like race and gender reassignment. The word ‘fat’ is taboo in the US where expressions such as ‘It ain’t over till the fat lady sings’ are heard no more and ‘big’ people, as they cautiously put it, can now sprawl comfortably until she does.

Grand opera is rushing to embrace the new culture of cancelling, Bowdlerising and trying to change its mainly wealthy, white audience. Welsh National Opera recently staged lectures on the evils of imperialism and colonialism alongside their production of Madame Butterfly. These were delivered by Professor Priyamvada Gopal of Cambridge University who discussed the UK’s history of slavery. Gopal, professor of postcolonial studies in the faculty of English, was a member of a ‘working group’ which critically investigated Churchill for racism. She is probably best known for tweeting ‘White lives don’t matter. As white lives’ and ‘Abolish whiteness’ in response to a banner flown over Manchester City’s football stadium reading ‘White lives matter’.

English National Opera, who describe the Black Lives Matter movement as a ‘pivotal moment’ in their history, have also been establishing themselves as a beacon of diversity. CEO Stuart Murphy has just offered one-year fellowships worth £35,587.23 each to five string players, as long as they are non-white. They are also paying attention to their language, piously announcing that ‘ENO have comprehensively reviewed the language we use. We will continuously review the preferred terms of reference for people in the UK. We hope that any mistakes in our communication around diversity and inclusion can be seen in the context of a sincere intention to do better.’

No one will be mentioning the ‘fat lady’ when she sings there either, and they aim for 47 per cent of performers being black. Fat has been a feminist issue for years; it is now also a race issue. In August 2020, activist Stephanie Yeboah told BBC Woman’s Hour about her book Fattily Ever After: A Black Fat Girl’s Guide to Living Life Unapologetically, which praised black plus-size women, explaining that their community is oppressed by the white desire for slimness and the ‘societal privilege’ that represents. It’s probably racist to be white and slim, but above all, the most important thing is giving affirmation, whatever the situation, anything less than approval is patriarchal or worse.

Outside the virtue pod, some may still exist who resent the idea that it’s ‘progressive’ to pander to people who have made unhealthy lifestyle choices for themselves and their children, burdening other people with their billowing BMI and costing the NHS more than £5billion pounds a year, £600million in Scotland alone. We all know that fat people can look forward to diabetes, heart disease, high blood pressure, joint problems and strokes.

The non-virtuous among us see this as a totally avoidable health crisis, which should be challenged without euphemism and with the same energy now given to climate change. Rather than banning plastic cutlery, the government, aided by doctors and teachers, need to drive people towards taking personal responsibility for the food they pile on to their forks, and fat children should be as rare as they were in the 1950s, when no one had a good word to say for Billy Bunter.