NewsPaperthe art of publishing
HomeNewsUnder feminism, men have found their Playstation in life
1

Under feminism, men have found their Playstation in life 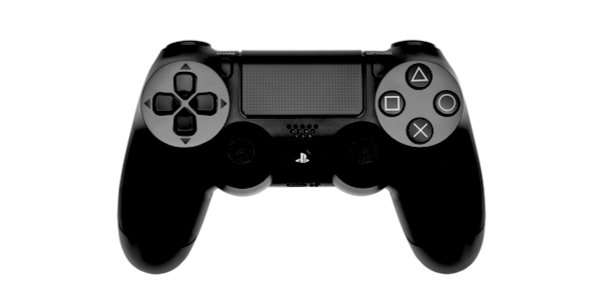 WHAT Western feminists so successfully disguise with their annual propaganda-driven International Women’s Day fest is that they are already in charge, and that they’ve already succeeded in relegating men to the lower rung of our two-tier society, as I wrote three years ago.  The only change since is that for men it has got even worse, a truth that the myth of the gender pay gap – the myth that men are paid more than women – conveniently continues to obscure. Contrary to received wisdom, women under 35 are paid more than men because they, young women, are the privileged beneficiaries of our education system. Not young men.

Another inconvenient truth for feminists is the reason why men over 40 earn more than women – because they work more hours for more years without taking a break and often in tougher, more demanding jobs.

The alleged pay gap is, in fact, an affliction confined to the privileged who may well have exercised a conscious choice about their ambitions and aspirations. But amongst the less well-off, women are indeed paid more than men.

The gender pay gap myth hides all these facts, and the dirtiest secret of all is what is happening to men. By the age of 30 men are earning £12,500 less than their fathers at the same age, reflecting the success of the feminist effort to annihilate the male provider role.

This is partly because while women are moving into more skilled employment, the men whose fathers would have worked in manufacturing are moving into the lowest-paid occupations. It is also because the inexorable increase in female full-time employment has reduced the gap in working hours between women and men.  What has also been consistently ignored is that the proportion of male inactivity has been increasing, while the number of hours that lower-income men work has been trending down.

The collapse of male work is not entirely the fault of feminism. Globalisation created the competition in Asia and while Mrs Thatcher was responsible for destroying the unions, they did not help themselves with their bloated demands and resistance to change. However, feminism did help to legitimise each successive government’s desire to increase the number of employees to improve productivity under the guise of getting women on board. But where women competed for jobs with less educated men this drove their wages down. And as female employment increased, so did unemployment among men, as I have explained elsewhere.

However, the key issue in propelling the decrease in male earnings is male educational disadvantage. Even when men have so much to gain from higher education, they are much less likely than women to get further than school.

Here we can see feminism’s hand at play. There is a strong correlation between the changing family structures ushered in by the 1960s ‘liberation’ and declining rates of males attending college. Boys growing up in families without fathers saw that they were no longer needed. When feminists insisted that women should be independent, they destroyed men’s motivations which were not, as the feminists thought, to dominate, but to care for, look after and provide.

No longer needed, men have been liberated from relationships, education and employment and it turns out that this, on one rather depressing level, suits men surprisingly well. Some are spending increasing amounts of time playing video games. One fifth to one third of their decline in work hours has been attributed to their playing these games. Men with lower levels of education are also more likely to live with their parents than their partners.

This is how feminist social engineering destroys society, with too many young men more than happy to be released from former obligations of marriage and fatherhood.

Meanwhile women at the top seek out alpha males, making sure that they themselves marry, thus securing the future of their own children, leaving the future for the rest of society looking increasingly bleak.

Though the rate of marriage of those with the lowest earnings has continued to decrease, the number of children they have – more than nearly any other group – has not. And if their fatherless offspring are boys, they are significantly more likely to fare poorly on a whole range of outcomes including completing school, attending college, and going to prison. This is the two-tier society feminists have succeeded in creating, but it is not and never has been one with women at the bottom. That place is reserved for men.

With each new generation of boys growing up in single parent families this vicious cycle spirals lower. Women are trapped in state dependency with the sole responsibility for their children. The government presses the mothers into work as the solution, with a range of conditional benefits, and their children into institutional childcare, leaving mothers bereft of husbands and children bereft of fathers – and both in a world without men.