NewsPaperthe art of publishing
HomeNewsUnelected, unqualified, unresisted – the man who would be our Emperor
85

Unelected, unqualified, unresisted – the man who would be our Emperor 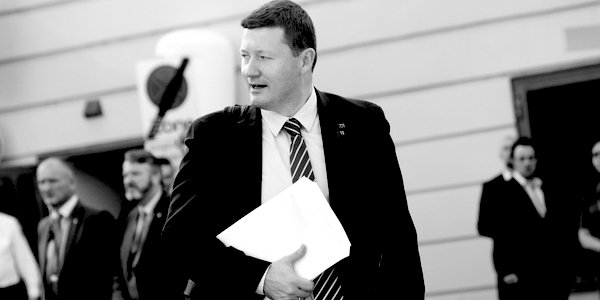 WE are all aware of the desperate anti-democratic efforts to overturn the legitimate People’s Vote of 2016 to leave the EU: witness the oh-so-conveniently judgement from the European court that Article 50 may be negated, and Britain can happily cancel Brexit altogether!

We may not be so aware of the man who, if we accept the kind of deal the EU will treacherously grant us or even revoke Article 50, will be the One in Charge of our country, our military, our laws, our immigration, our finances. This man is the EU Top Dog, accountable to no one.

Since 1 March 2018, Martin Selmayr has been the Secretary General of the European Commission. He was previously Chief of Staff to Jean-Claude Juncker, having studied law in Geneva and Passau, served with the European Central Bank, and worked as legal adviser to the media conglomerate Bertelsmann in Brussels. In just 20 years he has gone from law student to being described as ‘the most powerful bureaucrat in the world’. All without having to canvass for a single vote.

Germany-born Selmayr, 48, owes his elevation to these dizzy heights to his mentor-cum-crony Jean-Claude ‘when things get difficult you just have to lie’ Juncker. Not only was he not elected, he was not even correctly appointed. An investigation has revealed ‘four instances of maladministration’. The whole process has been likened to a coup, a massive power-grab. In the face of such allegations, the EU maintains a ‘lessons will be learned’ approach, promising to revisit procedures for such appointments in the future.

Selmayr – nicknamed ‘the Monster of Berlaymont’ – is widely regarded as a ruthlessly effective fonctionnaire. Against all precedent, he has never, in his meteoric rise through the Commission, headed any key departments, but rather served as Juncker’s campaign manager in the 2014 EU elections. A major exposé of just how this Eurocrat seized power was published in the Spectator, where Jean Quatremer described Selmayr’s promotion as ‘a brilliantly executed coup that handed him near-total control of the EU machine’. Journalists invited to record his surprise promotion had not even been aware of a vacancy. When Selmayr took over, anyone who resisted him was unceremoniously fired. Only days into his appointment, he wrote to all EU staff (the 33,000 now answerable to him) proclaiming that the EU Civil Service ‘must not be satisfied with being the machine to run our establishment’ (ie its actual job), but that the Civil Service (ie Selmayr himself) would act as ‘the heart and soul of the Commission’. In other words – go back and learn your place, you little national Commissioners.

Even more jaw-droppingly, he has got away with it, using the tried and tested method of bribing your minions using other people’s money. All EU Commissioners have been promised a Selmayr Sweetener. Retiring Commissioners are already entitled to a generous transition allowance of up to two-thirds of their basic salary for roughly two years, up to approximately 13,500 euros a month. Selmayr intends to extend this to three, or even five, years. On top of the extra cash, there will be loads of extra benefits: an EU office, company car, two assistants, etc. So thanks to Selmayr, a departing EU Commissioner could receive double, if not triple, what they currently receive. (All tax free, please note.)

So there you have it, Remainers, People’s Voters, May Dealers, et al! Even before his 50th birthday, and without ever having stood for office, this man will soon be the Alpha and Omega of the EU Commission.

And don’t forget the other little gem from the EU treaties, and already highlighted in TCW. Not only does this EU minion have untrammelled power, he is guaranteed total legal immunity, even from criminal behaviour. Total unaccountable power and legal immunity. And May would sign us up to this. A totalitarian dictatorship, with terrifying sanctions, having signed away (without consent) our rights to legal and military sovereignty.

You have been warned.