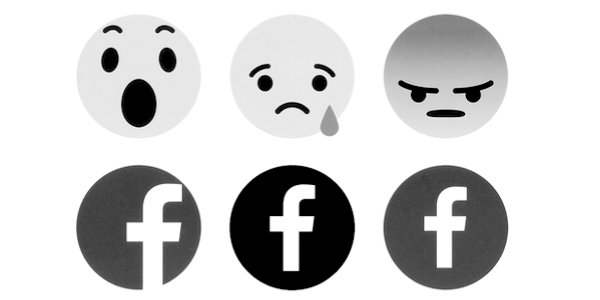 Facebook is one of those activities that when you spend any length of time on it deep down you ask yourself ‘Why am I wasting my time on this?’ You are bombarded with information about people you don’t care about and have the opinions of those you dislike trumpeted in your face. Further, if you want to keep in contact with someone there are myriad ways that don’t involve giving your data to a company which is only too happy to pass it to the highest bidder. Of course, if this high bidder is Obama then it is really savvy and clever but if it’s Trump it’s evil.

The world we inhabit plays to our most base and frivolous nature. Facebook has made billions out of people’s inherent vanity and desire to be loved. It profits hugely from traits formerly considered vices, but virtue and vice are social constructs and tools of oppression or something. The idea that every thought or desire a person has is not the most wonderful and beautiful thing ever is heretical to the modern mind.

Humility is a virtue. How much more does our respect increase when we meet someone who has achieved incredible things who doesn’t mention them? When word gets to you of their achievements you not only think ‘wow’ but also ‘fair play for not banging on about it’. Facebook has created a culture where bragging and self-aggrandisement are rewarded with ‘likes’.

Facebook is designed to be addictive and with the introduction of sophisticated and pervasive algorithms your worldview is increasingly shaped by the company. Based on your past browsing habits, Facebook gives you links to articles it thinks you’ll like and shows you updates to the status of those you frequent.

It is often said that society is becoming polarised. Is it any wonder, when Facebook is feeding you a never-ending stream of news that confirms your bias so that you find it difficult to hear opposing views to your own? That you think all those with different political views are ‘Nazis’ or ‘libtard cucks’?

Further, there is a direct link between Facebook and mental health. A study showed that those who browsed Facebook every day decreased their overall well-being. This is not surprising: we all know that spending time with mates in the pub makes us feel better than spending that time looking at other people’s carefully curated happiness. Comparing yourself with other people is a recipe for discontent and malaise yet, again, Facebook feeds off that.

A fascinating video discussion between Jordan Peterson and Jonathan Haidt

expands on Facebook’s negativity. Most of today’s teenagers have not known a world without social media. For teenage girls in particular, the constant threat of ostracism increases anxiety at an already delicate and tender time. It’s not as if that is an unreasonable fear either: there have been a number of high-profile social media pile-ons for the most innocuous things. Tim Hunt, for example.

Haidt goes on to say that for those born after 1995, the rate for depression and anxiety amongst boys has gone up and for girls it has gone ‘way up’. The threat of a mob of faceless assailants is affecting the psyche of those growing up in such a culture.

What has Facebook actually contributed to society? It is yet another way in which we are becoming increasingly atomised, it presents a warped and one-sided reality, it makes our youth anxious and depressed and now we know it stores all our data to be sold. Just delete it and go for a pint.