NewsPaperthe art of publishing
HomeNewsAlistair Thompson: Ungrateful Scots are ensuring the Union is doomed even if...
13

Alistair Thompson: Ungrateful Scots are ensuring the Union is doomed even if they vote No 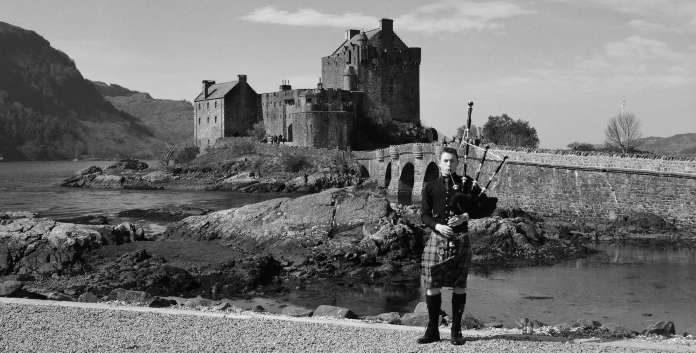 In just a couple of weeks, Scots will cast their vote on whether they want to remain part of the UK or not.

Polls predict a win for those who wish to preserve the Union, but I’m afraid the damage has been done. Such has been the poison injected into the veins of Scotland, a positive unionist vote will not repair the damage done to the alliance by Alex Salmond and his cronies.

Already Scotland benefits from extra public spending to the tune of of about £1,700 per head. No wonder they have free prescriptions, university education and care for the elderly – but this is not enough of a sop to the Scot Nats.

It’s not enough that the British taxpayers bailed out their banks and continue to support them to the tune of billions of pounds, something  that Edinburgh could never have done on its own.

Or that that the leaders of the main parties, Dave, Ed and Nick, have promised a slew of additional powers for the Celtic whingers, something I profoundly disagree with. This is appeasement plain and simple.

It’s not enough that every time a celebrity, business leader, or even ordinary member of the public has urged Scots to vote No, they have been subjected to a vile torrent of abuse, with Salmond refusing to condemn his own side. He prefers to say there have been faults on both sides.

Or that the SNP has been told that Scotland will not be able to use the pound, or that their economics of the separation, set up costs and so on, seem to have been worked out in the back of a fag packet. Salmond claims the costs are just £250 million, when the real figure is ten times that amount.

Or even the uncertainty around the Shetlands and Orkneys, which control around two thirds of Scotland’s oil. The population of these beautiful islands don’t see themselves as Scottish and almost certainly do not want to be part of Scotland. Once the principle has been set that chunks of a nation can simply vote to leave, what would stop the Shetlands and Orkneys doing the same? And what damage would this do to Salmond’s so-called economic plan for the country?

Yet despite all of the above, the polls continue to narrow, as seen in Tuesday’s YouGov survey showing the No vote is just six per cent ahead of the rampant separatists. I suppose Judge James Pickles was right when he remarked that the 1975 EEC membership referendum was won not because of hard facts but by feelings, and serious debate was limited.

And it is this that leads to me to the conclusion that we should prepare for separation. Not because it might happen soon, but because the Scots are voting on emotional grounds, allowing their prejudices against the English to determine the future of their country. And these are far more difficult to overcome, souring Anglo-Scots relations for at least a generation.

So with a heavy heart, I say the rest of us in the UK should prepare for the inevitable victory of the SNP and that this referendum can do no more than postpone the inevitable parting of the ways.