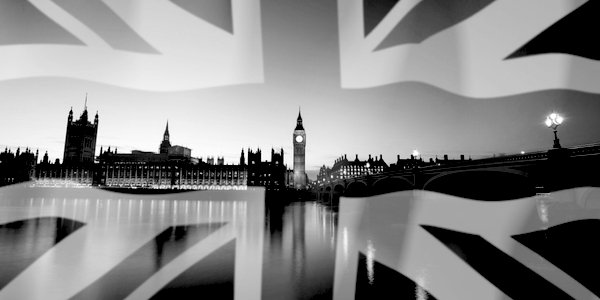 DEVOLUTION within the United Kingdom has been a disaster. Instead of bringing power to the people, it has brought cronyism, corruption, incompetence and division. The outcome has been worst of all in Scotland, bringing hegemony to the sinister, quasi-fascistic Scottish National Party.

From a technocratic standpoint, devolution has failed for a number of reasons and is only partially fixable. The first reason was the half-baked nature of the settlement under New Labour, which gave devolved power over spending but not taxation. The entirely predictable result – obvious at the time to all except the shallow and arrogant New Labour ascendency – has been a lack of accountability plus grievance-mongering on an epic scale. That, at least, can be revisited and a more equitable arrangement perhaps arrived at. However, two more intractable issues remain. Firstly that Scotland, Wales and Northern Ireland are small countries compared with England, which means political talent continues to gravitate towards London, leaving mediocrities to hold the fort. Secondly that the small population of those three countries means that the establishment itself is small and incestuous. The result inevitably over time is cronyism and corruption – as this week’s events in Scotland have shown.

Given that there seems little appetite for a return to full rule from Westminster, we seem to be stuck with some of that. However, these are relatively minor matters in the scheme of things; what we need urgently to address is the far greater failure of devolution to stem the growth of nationalist sentiment. Here, devolution’s failure is really a failure of Unionism. Nationalism has been simply been pushing at an open door, although it certainly hasn’t helped that our economy and society has become so London-centric over the past few decades. Political identity is really a matter of feeling, and there has been absolutely no attempt to construct a constructive cultural narrative of what it means to be British in the 21st century. Once Britishness was strongly linked to Protestantism, Britain being depicted as an island bastion against the Roman foe, but that identity is plainly not on offer today, and would hardly be inclusive or successful even if it were.

For many of us, Brexit was supposed to be the springboard for a British cultural renaissance, but it has so far failed to be so. Instead, the cultural field has been left to the Left, whose long march through the institutions has reached fruition. Unionism’s failure has led to rise of not just mean-spirited nationalisms but also the nihilistic iconoclasm of Wokery.

Given a bit of tenacity, it should prove easy to defeat such negative forces, as long as Unionism doesn’t continue to allow itself to be falsely portrayed in exclusive, reactionary terms. Instead, Unionism should be perceived as inclusive and flexible, allowing separate national identities within the United Kingdom and, just as crucially, providing a springboard to even greater range of identities. Here, Lord Ancram’s prescient 2010 paper Farewell to Drift: A New Foreign Policy For A Networked World is well worth studying.

Although Michael Ancram’s paper deals primarily with foreign policy, its central observation that the telecommunication revolution has given rise to a networked world is just as applicable to the question of identity. For some time now we have been living in an age of ‘diffuse networks’ where our private and professional relationships spread outwards and have replaced rigid, formal boundaries. It follows that Unionism will never prosper, let alone quell nationalist sentiment, if it assumes the outdated attitude of a baroque fortress.  Instead, by creating stronger ties and networks of co-operation between culturally similar nation states, but without replicating the supranational governance of institutions such as the EU, it would allow complementary, overlapping identities to flourish organically in time.  Britain is extremely lucky that, as a legacy of Empire and the dominance of English as a global language, it can place itself at the centre of cultural networks around the world, not least in the Anglosphere and the Commonwealth.

Surely the greatest opportunity lies in the exciting but strangely under-reported CANZUK initiative. It envisages deep co-operation and freedom of movement between the UK, Canada, Australia and New Zealand, and is overwhelmingly supported by citizens in all four countries. A Scottish or even Irish nationalist might feel more at ease within the UK if it allows him or her both greater opportunity and to assume a wider Anglospheric identity not readily on offer elsewhere. In time, the concept could be expanded to include other Commonwealth countries such as those in the West Indies.

It goes without saying, of course, that at the same time there should be a very strong pushback against the insidious woke interpretation of British history, not least the history of Empire, replacing it with a more balanced narrative that emphasises the largely benign evolution of Britain and the Anglosphere. The third necessity is the continued strengthening of democratic accountability within the UK, which requires a much more accountable devolutionary settlement and the withdrawal from supranational organisations such as the European Convention on Human Rights as well as the ditching of the notorious Northern Irish Protocol.

The deepest and most profound developments in politics and society are not always those that make the most noise. Slowly and largely unobserved, we may just be starting to muddle our way through. Underneath all the hysterical clamour and grievance-mongering of modern day identity politics in all its forms, it is just possible to discern that a much brighter, more expansive and more generous sense of Unionist identity is possible, provided, of course, that the will exists to seize the day.