NewsPaperthe art of publishing
HomeNewsUniversities serve themselves not their graduates
105

Universities serve themselves not their graduates 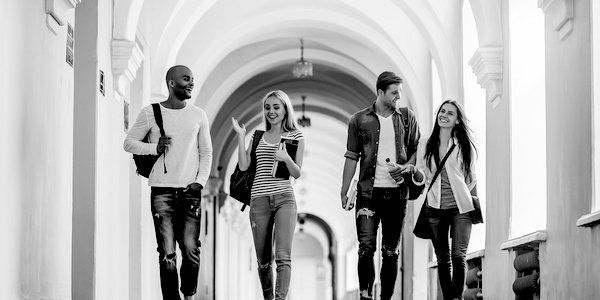 Panicked by its alienation of most young voters, the government has launched a review of university tuition fees and higher education funding. Jeremy Corbyn is certainly offering students in England a better deal on student fees. Without matching his financial illiteracy, though, the Tories could achieve more for these young people, and for themselves, by casting aside the prevailing dogma that access to university should, more or less, be open to all.

A £50,000 debt is a high price to pay for under-employment, but that is the fate of 46.4 per cent of recent UK graduates who have found a job, according to the Office for National Statistics. The situation is especially bad in SNP Scotland, where 52 per cent of recent graduates are in non-graduate jobs. And we should not forget that an additional 3 per cent of young graduates across the UK are not in any employment at all.

This sad state of affairs appears even worse to those at the sharp end of it. According to the 2017 UK University Graduate Employment Study by Accenture Strategy, 71 per cent of recent graduates feel under-utilised or under-employed in their jobs.

A few years ago I raised this matter of graduate dissatisfaction in an address to a conference of university admissions tutors. Alongside me was Professor Les Ebdon, Director of Fair Access to Higher Education. He, and the audience, sat stony-faced when I pointed out that half of recent graduates were not employed in graduate-level jobs. I told them that if they cared to exit our London conference centre they would discover more of their former students were working as coffee-bar baristas than as barristers.

I was later taken aside on three separate occasions by admissions tutors. Each thanked me for what I had said and admitted that they could not express such an opinion publicly.

In too many cases the provision of university education is becoming a moneymaking racket. Its aim is to sustain the vested interests of so-called academic institutions. ‘Bums on seats’ is the guiding principle, regardless of what is in the best interests of young people.

Matters have now descended to the ‘time-share’ level of offering freebie incentives to bring in the punters. Free gym membership, computer tablets and even tickets to Premier League football matches are on offer to new recruits to ‘uni’.

Better still, choose certain universities and you will be offered a place with low A-Level grades or even be provided with an unconditional offer. The latter have increased by seventeen times in the past five years: from 2,985 in 2103 to 51,615 in 2017 (University and Colleges Admissions Service statistics).

The Education Select Committee has finally decided to investigate this, and the whole issue of value for money in higher education. Do not hold your breath! For at least three decades the committee has presided over educational decline. Its record of negligence and failure in holding ministers and the educational establishment to account is beyond lamentable.

Given the rate of dissatisfaction and under-employment, around half of undergraduates are wasting their time and money at university. Many school-leavers and, indeed, the country as a whole, would be far better served by more vocational courses, apprenticeships and on-the-job training programmes. Means-tested grants should be restored and entry to university made properly competitive rather than an extension of the comprehensive school system for all.

Who would benefit? The academically able, certainly, but also those whose aptitude is more practical and vocational. Most likely they would become more employable and enjoy far more job satisfaction. And who would lose? Half the universities, of course, since they would have to close. Some might revert to being more vocationally based polytechnics working closely with employers.

The Government has tentatively admitted that some undergraduates are not being well served by universities. It needs to be more robust. Young people should not be regarded as educational fodder for rapacious, money-grabbing institutions. Standing up for school-leavers might even sway a few to vote Conservative.

Universities are unlikely to welcome such a change. They are largely indifferent to criticism of their financial shenanigans, especially when it comes to milking the cash cow of student loans. Too many admissions departments act like educational wide boys, wheeling and dealing to bring in the cash and indifferent to the best interests of young people, their customers.

Catherine Tate’s famous stance well represents the standpoint of too many admissions tutors:

‘Am I bovvered? Am I bovvered though? I ain’t even bovvered! Don’t tell me what to do, are you telling me what to do? Are you disrespecting me? Are you stupid? Why don’t you shut up though? Shut up, then. I don’t care though, I ain’t bovvered!’