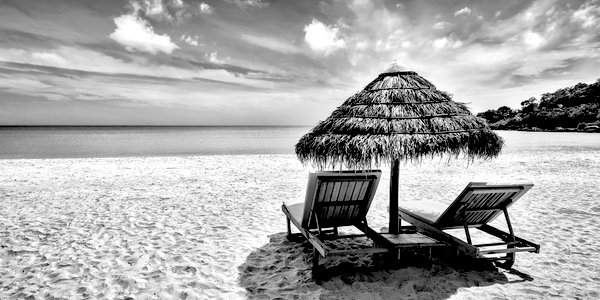 EARLIER this week, Grant Shapps announced the latest developments on international travel and the Covid-19 regulations that have long blighted the sector.

With a degree of cautious optimism, dare I say that the Transport Secretary’s news was finally a welcome breath of fresh air.

From February 11, and in time for the half-term holidays (this is a pandemic that follows the school calendar, after all) all pre-departure and post-arrival tests for fully-vaccinated travellers entering England will be scrapped. The current definition of fully-vaccinated will remain unchanged for now, as double-jabbed.

Twelve-to-15-year-olds will also be granted access to the NHS app, via which they can now digitally prove their vaccination status to immigration officials in the same way as their parents.

This does away with the nuisance of having to apply for a confirmatory letter from the NHS instead (neither party requiring coerced vaccination with an experimental, unstable gene therapy in the first instance notwithstanding).

In a manner untrue to the form of recent months, there was also a welcome reprieve for unvaccinated travellers, despite their having to continue abiding by the pre-departure testing protocol.

‘Passengers who do not qualify as fully vaccinated will no longer be required to do a Day 8 test after arrival, or indeed to self-isolate, [but] they must still take a post-arrival PCR test,’ Shapps told the Commons.

On the face of it, this is fantastic news. However, with the interventionist approach to the pandemic having been adopted by virtually every government – led in no small way by the example of the British – the dilemma the unvaccinated continue to face is that the number of countries willing to grant them entry is rapidly dwindling.

For example, in May last year Spain unexpectedly decided to allow in unvaccinated British tourists, not even requiring proof of a negative test.

Fast-forward eight months of relative pandemic calm, including the spread of a single toothless variant, and in what is now an emerging trend across the EU, unvaccinated Brits aged over 12 are no longer permitted entry to Spain for tourism. A diagnostic test is valid there only if you are travelling for a variety of ‘essential’ reasons.

Whether this will prove a temporary Omicron-based measure is unclear for now. But all travellers to Spain whose second dose was administered more than nine months from their proposed date of entry must, from February 1, also show proof of a booster shot. This could be interpreted as an ominous portent of a discriminatory travel regime not easily dislodged. We shall see.

Compounding the stringent entry requirements of such countries as Spain, there exists the small matter of just what it is that unvaccinated travellers might hope to enjoy even if permitted entry to their desired destination country – without, for example, an Italian or French-style Super Green Pass in hand.

Access to hotels, public transportation, cafes, restaurants, museums, shops, health care (not to mention the acquisition of adequate travel insurance) is becoming ever more stringent and complex across the globe.

With the capacity to assert a negative test result digitally being removed piecemeal from health passes across the EU, for many an unvaccinated family there exists little to no reason to visit in the first place.

The World Health Organisation has successfully played its own part in giving succour to two years of worldwide travel curtailment, via its incessant and strategically confusing flicking of the public health switch from panic to mute.

It is now playing the liberty card, just like many other nefarious global entities jostling for Brownie points in the post-Omicron landscape, advising governments to ‘lift or ease international traffic bans as they do not provide added value and continue to contribute to the economic and social stress experienced by State parties’.

The WHO is merely reverting to its original September 2019 pandemic strategy, which stated numerous times that ‘there is a very low overall quality of evidence that border closure has an effect on transmission.’

So although Shapps’s announcement is positive news for us all, in a way, the stance that the WHO, various EU member states and the British government could be said to be pursuing, is this: Permit citizens to travel again now that we have successfully reprogrammed them to view holidaying as a privilege easily snatched away at a moment’s notice, and not a right.

How incredible and depressing that holidays were ever outlawed.

The Johnson government is now busy proudly asserting that England is once again the freest and most open society in Europe. Vis-a-vis international travel, this notion could be said to be holding a little water; being travel-addicted, I’m already hatching bicycle-based escape plans.

Yet the diehard sceptic in me refuses to swallow the latest developments whole. I can’t help but theorise that we are merely witnessing geopolitical, psychological power-play at work, not the spontaneous benevolence of a proven-duplicitous government seeking redemption by stealth for two years of public health tyranny that has cost tens of thousands of innocent lives; not to mention businesses, relationships, psyches and future prospects.

Perhaps the Government is loosening the leash because ministers know full well that the number of viable holiday options for the unvaccinated is drying up, and therefore their own liberty card can now be confidently and arrogantly played to shame our immediate neighbours.

Perhaps. But when all it takes is the manufactured hysteria over a new variant to see not only said card retracted, but the entire game called off, I’ll postpone making my mind up about just where this optimistic travel news is heading.

I’ll save it for when I’m sunning myself in the national parks of southern Europe, sans the threat of a return which will be contingent upon needless, stressful and costly Covid theatrics.

We have forgotten neither the tyranny nor the hypocrisy of the last two years, Prime Minister. Neither have we forgotten the psycho-physical havoc it continues to wreak.

You can’t purchase our forgiveness with a week on the Costa del Sol.