NewsPaperthe art of publishing
HomeCulture WarsEton: Free Speech Union takes up the cause
0

Eton: Free Speech Union takes up the cause 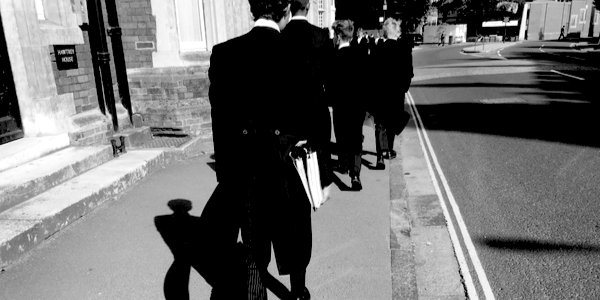 A FEW days ago, I wrote about the woke Eton headmaster Simon Henderson (‘Trendy Hendy’) and his dismissal of English teacher Will Knowland for daring to post a video to his private YouTube channel which pushed back at the idea of the big bad evil patriarchy.

After raising a £55k war chest to fight a potential employment tribunal, Knowland also received backing from the Free Speech Union (FSU), of which he is a member.

The FSU have posted ten probing questions to Eton College. I have reprinted them below and urge you to read the full letter here, and to support this crowdfunder for Mr Knowland and his family if you feel able.

1. Can the College Trustees provide evidence that they considered the impact of the decisions against Mr Knowland on their charitable duties? If so, the Free Speech Union would be grateful if the Trustees could provide such evidence, with any adaptations that are necessary for data protection or confidentiality purposes (this caveat applies to all further requests for evidence).

2. Did the Trustees carry out any separate risk analysis from a charity law perspective regarding the potential liability of the College under the Equality Act 2010 and the Education (Independent Schools Standards) Regulations 2014? If so, the Free Speech Union would be grateful if the Trustees could provide evidence of such analysis.

3. Have the Trustees sought, or will they seek, separate legal advice on whether the decisions made against Mr Knowland would be consistent with their charitable duties?

4. Did the Trustees, in accordance with paragraph 99 of the Explanatory Notes to the Equality Act 2010, balance ‘the rights of freedom of expression (as set out in Article 10 of the European Convention on Human Rights) and of academic freedom against the right not to be offended in deciding whether a person has been harassed’? Did it ensure the College carried out such a balancing exercise? If yes, the Free Speech Union would be grateful if the Trustees could provide the relevant evidence.

6. Did the Trustees assess, or require the College to assess, the educational content of Mr Knowland’s video, by following up the citations contained in it, by considering the merit of the arguments made in light of the scholarly literature, or by any other means? If yes, the Free Speech Union would be grateful if the Trustees could provide the relevant evidence.

7. Are the Trustees satisfied that Mr Knowland’s video is so lacking in educational value that the decisions against Mr Knowland do not contravene the obligation to advance education, and are not likely to create a chilling atmosphere among College staff?

9. Have the Trustees assessed, or required the College to assess, whether:

a. other College teaching materials on matters relating to gender and patriarchy, and which take the opposite position to the one explored by Mr Knowland, are not divisive, controversial or potentially offensive?

b. there is, generally, sufficient balance of views across the College’s teaching materials on matters relating to gender and patriarchy?

c.  the decisions against Mr Knowland might harm any sufficient balance of views across the College’s teaching materials on matters relating to gender and patriarchy? If yes, the Free Speech Union would be grateful if the Trustees could provide the relevant evidence.

10. Regarding the College’s reputation:

a. In the event that the removal of the video and dismissal of Mr Knowland are upheld, will the 580-year reputation entrusted to the Trustees’ care be in the same state of repair as when they initially took the duties of trustee?

b. If the College’s reputation has been harmed as a result, is that harm justified by the need to protect some other interest of the College as a charity?

c. Is the need to avert a remote possibility of emotional harm among a community of intellectually robust teachers, thereby leading to legal liability, such an interest in the Trustees’ reasonable opinion?

d. Have the Trustees reported the matter of Mr Knowland’s dismissal to the Charity Commission as a serious incident? If not, do they intend to do so imminently or within their annual return? If not, the Free Speech Union would be grateful if the Trustees could provide their reasoning for this decision.