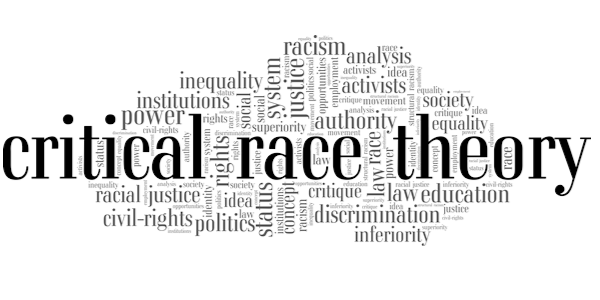 IN perhaps the biggest resignation letter ever, more than 5,000 US teachers have vowed to continue teaching Critical Race Theory (CRT) even if it is outlawed by the states that employ them.

The organisers of the protest, the Zinn Education Project, claim that laws that ban CRT aim to stop teachers from ‘teaching the truth’ about America, which ‘was founded on the dispossession of Native Americans, slavery, structural racism and oppression’ and that ‘structural racism is a defining characteristic of our society today’.

The Zinn Education Project produces free ‘history lessons’ based on books by the Marxist writer and political activist Howard Zinn, who declared that ‘textbooks and the traditional curriculum are of no help [in teaching history] as they hide the long history of white supremacy and the Black Freedom Struggle’.

Regarded as the catalyst for the ‘black analysis’ of social history, Zinn’s books and the project’s other ‘education materials’ were denounced by President Trump as ‘toxic propaganda’.

He issued an executive order banning diversity training based on CRT throughout the executive branch.

Zinn’s Teach the ‘Black-Freedom Struggle’ campaign is funded by ‘the generous support’ of a variety of National Football League players, Ben Haggerty aka Macklemore (a white rapper), the Seahawks Players Equality & Justice for All Action Fund, and, curiously, Ralph Lauren.

CRT is rooted in the Marxist theory of class struggle, but with a particular emphasis on race. The theory originated at Harvard University and teaches that America is divided into privileged and oppressed racial groups. All negative aspects of modern society flow from that initial overly reductionist dichotomy.

Proponents of CRT, including the National Education Association (NEA) insist, that ‘It is reasonable and appropriate for curriculum to be informed by academic frameworks for understanding and interpreting the influence of the past on current society, including critical race theory.’

Asked about the NEA’s approach, White House press secretary Jen Psaki said that President Biden believes ‘children should learn about our history,’ including the ‘systemic racism that is still impacting society today.’

President Biden may underestimate the growing public antipathy towards CRT:  according to Politico, only 16 per cent of Americans strongly support teaching CRT in public schools, compared with 29 per cent who strongly oppose it. Republicans are focusing on it as an issue for the upcoming mid-term elections.

Parents are increasingly active in their opposition to CRT, identifying it as both racially divisive and anti-American. Many are taking matters into their own hands by removing children from the public school system and, where they have the money, sending them to private schools (regrettably, not immune to the CRT virus). Home-schooling is an option, but not an easy one.

Some teachers relying on CRT may be earnest in their effort, perhaps trying to give some balance to history; written, as ever, by the victors, but parents are disturbed that black and other ethnic minority children are being cast as perpetual victims while white children are being stigmatised by the notion of their white supremacy.

Asian children are also being blighted by a new pernicious myth of ‘white adjacency’ which lumps them with ‘white oppressors’ due to their successful social and academic outcomes. It is a fact that Asian Americans have the highest per-capita income, lowest per-capita crime rates and highest rates of college education. CRT dismisses their group’s historic struggles and ignores any individual effort: it offers no recipe for harmony.

Educational establishments everywhere have for many years been introducing CRT into their curriculums but their cover was blown because of school closures. Perhaps the only positive thing to come out of Covid lockdowns is that legions of parents have realised just what their children are being taught. They are not best pleased.