US surrender to Iran’s bomb-building mullahs 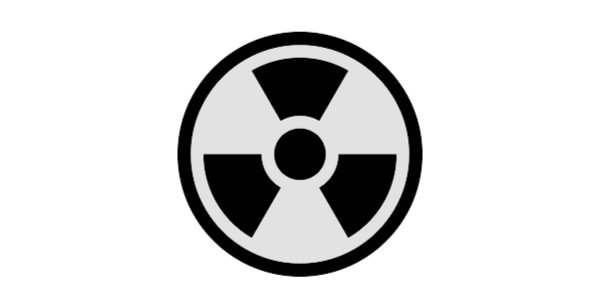 US and Iranian diplomats have hewed at each other through go-betweens in Vienna since March over the revival of the Obama nuclear deal which Donald Trump abandoned. Iran is winning. The US has dropped all opposition to Iran’s nuclearisation, delivering a serious blow to prospects for nuclear non-proliferation.

Robert Malley, who leads for the US, says the West should accept that Iran will have ‘no constraints on its nuclear programme’. He told a seminar at the Carnegie Endowment for International Peace that President Biden was ‘prepared to remove all of the sanctions that were imposed by the Trump administration that were inconsistent with the deal’ signed in 2015.

Both of these concessions meet key demands of Iran’s hardline theocratic regime without lessening the uphill task of persuading them to turn Iran into a normal state acting within accepted rules of international conduct, which would include renouncing terrorism.

The US went to Vienna to persuade Iran to return to the original deal, which curbed its nuclear weapons development until 2030, in return for reversing the sanctions Trump hoped would weaken the mullahs by crippling Iran’s tottering economy.

It now recognises what has been clear from the start: an Iran bomb at a time of the mullahs’ choosing is inevitable. Malley’s ‘no constraints’ remark acknowledges that the US is powerless to stop Iran so long as Washington rejects a military solution and keeps Israel on a tight leash.

We are to trust in the goodwill of the mullahs armed with free access to devastating weaponry and to wonder how Israel – which has sworn never to let Iran possess nuclear weapons – will react.

More is left to play for. Restoration of the extinct Obama deal was only stage one of US policy which was never really achievable. Iran continued to develop nuclear weapons despite its constraints. The mullahs were never going to surrender the progress – the extent of which no one is quite clear about – they had made since 2015.

Stage two is intended to be a longer-term, follow-on agreement about Iran’s place in the world both as a nuclear state and, once so armed, as the most powerful Muslim nation in the Middle East. Its tentacles reach into Iran, Syria, Lebanon and Gaza and frighten rivals such as Saudi Arabia.

Achieving stage two would mean Obama’s vision of Iran as the Middle East superpower comes true, allowing the US to pivot to its urgent problems with China and Taiwan. Iran, which calls the United States the Great Satan, would be co-opted as a frenemy even if it could not be a friend.

Stage two, if accomplished, would need to accommodate the fears of Saudi Arabia, the Gulf states and Egypt which would require some American guarantees to be plausibly allayed. That sounds hard to reconcile with a privileged Iranian relationship with the US.

Washington apparently felt it could abandon the 2015 deal since the ultimate goal of US policy remains intact, at least on paper. Malley said lifting sanctions should clear the way for stage two, enabling both sides to ‘get back to the business that we should have been on’ instead of pursuing a dead letter.

‘That’s where we are today, and I think that’s the choice that Iran faces,’ Malley said. ‘Are they prepared to go back to that (negotiation) or do they want to choose a different path?’ In other words, make a pact of convenience with the West but with this crucial caveat; Iran, once it has nuclear weapons, will be even less amenable to compromise.

The US faces hard choices if the talks fail and Iran continues to behave as a rogue state. The State Department says all options remain open without being more explicit. But these would ordinarily imply the possibility of military intervention at some level.

Do the Americans possess bunker-busting bombs powerful enough to destroy Iran’s underground nuclear facilities, so avoiding a ground war? Even if they do, Malley is telling the mullahs that will not be the path taken. After Iraq and Afghanistan, there is no reason to disbelieve him.

Iran has signalled that it has no interest in a follow-on agreement but since it has not refused to resume the Vienna talks, adjourned since June, it is not clear whether this position is tactical or strategic.

The lifting of sanctions, allowing the resumption of trade relations with the West, would ease the economic pressure which is real. But Iran is not friendless and can keep itself afloat without the US. China buys its oil and has entered into a 25-year agreement to invest $400billion in the Iranian oil industry.

China and Russia, both co-signatories to the 2015 agreement, have publicly urged the mullahs to reach an accommodation with the US. But they have an ulterior motive in doing so if it reduces American involvement in the Middle East and creates space for them in the region on whose oil the West still depends.

This gives Iran’s supreme leader, Ayatollah Khameini, the opportunity to play the US off against its main geopolitical rivals. Since the Vienna talks began, Khameini has replaced supposedly moderate president Hassan Rouhani with a hardliner, Ebrahim Raisi. This does not change the fact that, ultimately, which way Iran goes will be decided by Khameini.