NewsPaperthe art of publishing
HomeNewsVaccination, thalidomide and the lessons unlearned
1

Vaccination, thalidomide and the lessons unlearned 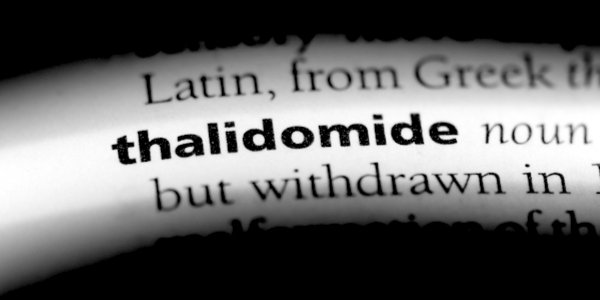 AFTER the Second World War, many people were left traumatised and sleepless. Seeing a gap in the market, Chemie Grünenthal, a small German company new to pharmaceuticals, acquired the formula for a non-barbiturate sedative. Before the war, the family business had made soaps, perfumes and cleaning fluids.

In 1957, the company launched the drug in Germany as ‘Contergan’ for daytime use to reduce stress and anxiety, and ‘Contergan forte’ as a sleep aid. Thalidomide was ‘completely safe’ because researchers had found that it was virtually impossible to give lab rats a lethal dose, and it was sold over the counter, no prescription required.

The Distillers Company (Biochemicals) Ltd was licensed to market the medicine in the UK and sold it under multiple brand names: Distaval, Tensival, Valgraine and Asmaval. It was recommended for morning sickness in pregnancy and dispensed on prescription. Advertisements confirmed it could ‘be given with complete safety to pregnant women and nursing mothers without adverse effect on mother or child’.

After only two years, the drug was attracting complaints of side-effects. Reports of peripheral neuritis (nerve inflammation) associated with thalidomide were dismissed by the manufacturers as ‘allergic reactions’ and the result of misuse: critics, doctors, and medical journals were bribed or intimidated into silence. However warning labels were added to packs, and some German states moved to prescription-only sales.

By 1960, thalidomide was being sold aggressively throughout Europe, Canada, Australia, New Zealand, Africa, South America and Japan. (It was never licensed in America thanks to a vigilant Food and Drug Administration employee, Dr Frances Kelsey, who rejected multiple applications because she believed there was not sufficient evidence of the drug’s safety, in particular whether or not it could cross the placenta.) Sales volumes elsewhere were as almost as high as aspirin; it was a highly lucrative product.

The first reports of birth deformities were made at a German Paediatric Society meeting in October 1960. Doctors described two infants with unusual congenital defects and showed X-rays of their limbs, but no cause was identified.

Dr Widukind Lenz,  a Hamburg paediatrician, was so concerned by 50 local cases of birth defects that he went through city records of all births from 1930 to 1955 and found only one similar previous case. He asked mothers about drugs they had taken during pregnancy and soon identified 18 cases involving thalidomide. Lenz warned Grünenthal that thalidomide might be the cause of the deformities.

Around the same time,an Australian gynaecologist and obstetrician, Dr William McBride, had also been prescribing Distaval, for morning sickness. In 1961, one of his nurses drew his attention to the numbers of babies being born with birth defects, particularly shortened arms and legs. He wrote to the Lancet with his concerns.

(Dr McBride’s efforts won him international accolades, but his reputation was repeatedly challenged thereafter. In 1993, he was struck off the medical register of New South Wales on grounds that he had deliberately published false and misleading reports and altered the results of experiments. Peers accused him of hubris; defenders say he was another victim of Big Pharma.)

Grünenthal took until December 1961 to stop German distribution with UK distributors following suit. By March 1962, the drug was banned in most countries. A full UK Government warning was not issued until May 1962. It is impossible to know how much thalidomide remained in household medicine cabinets.

An examination of published papers and contemporary accounts of thalidomide confirms that ‘pre-clinical tests’ were superficial and that it was never administered to pregnant animals before its use in pregnant women. Shortly after its withdrawal from the market, the drug was shown to damage foetuses in laboratory animals.

Had there been more rigorous testing, an estimated 20,000 damaged babies and 80,000 miscarriages would have been avoided.

In 1968, Chemie Grünenthal executives were put on trial charged with ‘negligent manslaughter and causing grievous bodily harm, deformity and sickness’. The trial was a fiasco and was mired in political machination. No one was convicted. In 1970, the company agreed to pay £25million into a trust for 2,554 German victims (a bit less than £10,000 each), while not admitting any liability. Grünenthal was given legal immunity from further criminal prosecution and the victims signed non-disclosure agreements. When that fund ran out, the German government made compensation payments and in 2009 Grünenthal contributed a further one-off endowment of about £50million.

The same year that the Grünenthal trial started, thalidomide’s British promoter Distillers (now Diageo) offered a highly contentious £3.25million settlement to its 500 UK victims (around £6,500 each). In 1972, Harold Evans, the editor of the Sunday Times, sought to resolve the plight of the 370 British survivors though a fierce campaign of public shaming that included parliamentary activity and a shareholder revolt at Distillers. He wrenched another £32.5million from the company. After fighting a gagging injunction all the way to European Court in 1976, the Sunday Times revealed that the drug’s developers had not met the basic testing requirements of the time before distributing it.

Subsequent investigations revealed that a vipers’ nest of Nazi war criminals were employed by Grünenthal.

Among them was Professor Martin Staemmler, a leading eugenicist and proponent of the Nazi ‘racial hygiene’ programme. He was the firm’s head of pathology.

Another was Heinrich Mückter, credited with formulating thalidomide and whose name is on the original patent. His wartime expertise was in anti-typhus research. Typhus culture cannot live outside a body, so it was kept alive by injection into prisoners, who would then be used as lab rats for vaccine testing. He was Grünenthal’s head of research and became a millionaire from sales of thalidomide.

Perhaps the most notorious Nazi on Grünenthal’s team was Otto Ambros, the ‘A’ in the deadly nerve gas Sarin which he co-developed. Nicknamed ‘the Devil’s Chemist’, he worked with Dr Josef Mengele and was Hitler’s chief chemical weapons engineer.

In 1948, he was found guilty at Nuremberg of mass murder and enslavement and jailed for eight years. Four years later, he was freed as one of the ‘chosen, rare minds’ to assist the US Cold War research effort. He worked for Dow Chemical and the US Army Chemical Corps. Ambros was chairman of Grünenthal’s advisory committee and on the main board when Contergan was being sold.

As happens after every public catastrophe, governments declared that ‘lessons would be learned’. The disaster led to the establishment of the UK’s Committee on the Safety of Drugs (CSD), later the Committee on Safety of Medicines (CSM), and later again, the Commission for Human Medicines (CHMP).

Its purpose is to ‘work with the pharmaceutical industry to look at toxicity tests, clinical trials, efficacy and adverse reactions during general use.’ The CSD also established the Yellow Card Reporting System for people to report adverse medical events from drugs and vaccines.

The disaster was meant to change our relationship with new medicines for ever and ensure protection from untested drugs. But as Sir Harold Evans said, ‘The dark shadow of thalidomide is still with us.’