Vaccine twaddle from a right Charlie 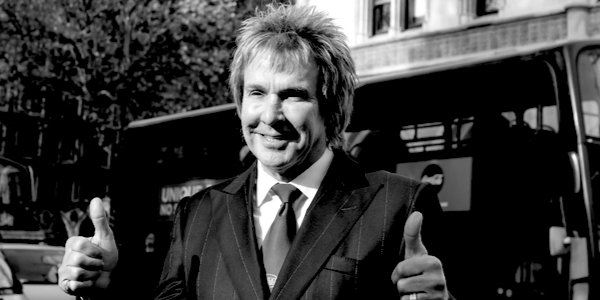 I AM so glad that Charlie Mullins, celebrity plumber, isn’t in charge of the country. The Rod Stewart lookalike believes that ‘selfish people’ who don’t get the jab should be ostracised: no job, no opportunity to mix with people, no visits to sporting or entertainment events, nothing. I think this jumped-up Luigi would like us to sit in a darkened corner until our bodies give up and we die. Here he is on Ian Collins’s afternoon Talk Radio slot ‘debating’ with an NHS worker on why people ‘will crawl across snow naked for the vaccine’.

One of his catchphrases as he bids to get those ‘selfish people’ jabbed is that having the vaccine is ‘a no brainer’. Charlie Mullins, for those who don’t know, is the boss of Pimlico Plumbers and has gained some notoriety in the last few months for suggesting that his employees who refused the vaccine would not be allowed to continue in their job. Given the lofty platform of the media, he has now raised this to ‘everyone must be vaccinated’. He obviously believes he is far more important than he actually is and that people will listen to him because he’s an OBE rather than a plumber from Sarf London. For some inexplicable reason, he thinks we’re living in the Dark Ages, fighting a plague that will kill you as soon as look at you rather than a virus that only seriously affects the vulnerable, all of whom have now been vaccinated anyway. He is oblivious to the fact that survival rates are extraordinarily high across all age ranges, and has swallowed every scare story that the government has thrown out.

That said, his links to the Conservative Party are well known, having donated to them on a few occasions which, presumably, led to him being made an OBE, because who has to work for an honour nowadays? I’m not detracting from the fact that he built up a small plumbing company to the point that he is now worth £70million – he may be a good businessman but he is not qualified to spout the nonsense we’ve heard over the last few months.

The problem with this kind of rhetoric is that it is increasing the division in this country. We split over Brexit, and identity politics has created a huge chasm in ordinary life as organisations such as BLM and the various race-baiters in the media and in parliament consistently push the idea that everything that this country has built is inherently racist. The last 16 months has sparked furious debates – private because debate is no longer allowed in the public sphere – between those who believe lockdowns and the vaccination programme work and those who believe lockdown will kill more people than the virus and have serious questions about a jab that has not yet completed its clinical trials.

What people such as Mullins are doing is sowing further division in a country on its knees and wanting to return to some semblance of normality. Mullins calls us selfish because he believes we don’t care about those who have died with or because of Covid. I would counter that Mullins doesn’t care about the thousands of businesses which have had to shut their doors permanently (unlike his own) or the thousands of people rejected by an NHS they have paid into all their lives because the serious ailments they have (cancer, heart disease etc) were not as much of a priority as fighting the spectre of Covid. He doesn’t care that many have been miserably isolated by these lockdowns, that depression has rocketed or that some have committed suicide. He doesn’t care about the freedoms forcibly taken from the populace, because he is part of an establishment that wasn’t affected by the lockdowns. He has his fortune, just as the politicians he cosies up to continued to collect a comfortable salary throughout the last year and a half while the country burned around them. He refuses to look at the other side of the argument.

I predicted in my last TCW article that this is where we would be going. That throughout the next four weeks senior figures in politics, the media and jumped-up ‘celebrities’ would be everywhere, laying the blame for the delay firmly at the door of those who had refused the vaccine. For example the Tory former minister Dr Liam Fox said the other day that the UK could not wait for those who had refused a vaccine. He said: ‘What we cannot have is the country being held to ransom by any groups who have been offered a vaccine but have chosen not to take – that is utterly unacceptable.’

This line of thinking is wrong and unhelpful. If Liam Fox and Charlie Mullins believe so much in the efficacy of the vaccine, they will know that those who needed to be jabbed have been jabbed. The country should be allowed to reopen with all restrictions gone and those who have not taken the vaccine should not have their freedoms and livelihoods ripped away from them because people like Mullins thinks they should. I very much hope that if he sacks any employees who don’t want the jab, they take him to court for unfair dismissal. It is completely wrong to deprive someone of a job or ordinary life and interaction because you believe that they represent a danger, when in actually fact they are no more dangerous than a goldfish to a great white shark.