Vaccine was on the way BEFORE Covid was confirmed – Part 1 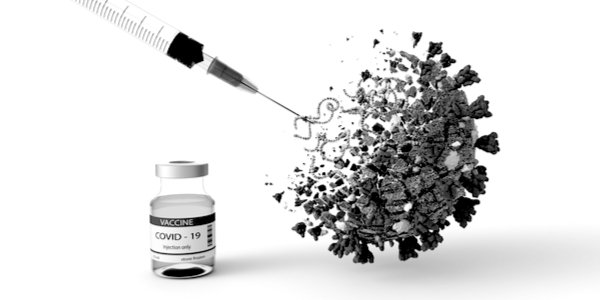 ON January 23, 2020, the pharmaceutical giant Moderna and the Coalition for Epidemic Preparedness (CEPI) signed a $1million funding agreement to begin manufacturing a Covid-19 vaccine.

In an associated press release, Dr Richard Hatchett, CEPI’s Chief Executive Officer stated: ‘CEPI has moved with great urgency and in coordination with WHO [World Health Organisation], who is leading the development of a coordinated international response, to promote the development of new vaccines against the emerging threat of nCoV-2019.’

Hatchett, who was Director for Biosecurity Policy on the US Homeland Security Council in the George W Bush administration and former Chief Medical Officer of the Biomedical Advanced Research Development Authority (BARDA), and had served as CEPI’s CEO since 2017, also stated: ‘The novel coronavirus represents the first new epidemic disease of note to emerge since CEPI’s founding at Davos in 2017, with the express intent that it should be ready to respond to epidemics rapidly and effectively, wherever they emerge.’

CEPI had indeed moved fast. So quickly as to raise eyebrows if not questions.

The story that follows of how the Moderna vaccine was developed casts new light on a December 19, 2019 tweet from Bill Gates, whose foundation was already funding Moderna’s development of an mRNA HIV vaccine. He wrote: ‘I’m particularly excited about what the next year could mean for one of the best buys in global health: vaccines.’

Interestingly or coincidentally, a China CDC Weekly article of January 21, 2020, dated the start of the Wuhan illness outbreak to December 21, just two days after the Gates tweet: ‘A cluster of pneumonia cases with an unknown cause occurred in Wuhan starting on December 21, 2019.‘  The same article stated that the first complete genome of the novel β genus coronaviruses (2019-nCoVs) had been identified from a patient from Wuhan by scientists of the National Institute of Viral Disease Control and Prevention on January 3, 2020.

A CEPI press conference to announce the Moderna agreement, held at the World Economic Forum meeting in Davos on January 23, 2020, was fronted by Richard Hatchett, Jeremy Farrar (Director of Wellcome, recipient of the Order of Ho Chi Minh, who has since stepped down from the board of CEPI)  and Stephan Bancel, the French billionaire CEO of Moderna (recently honoured in France for his ‘Covid efforts’), Bancel said:

Bancel said: ‘The design of the vaccine has been done over the last few weeks at the National Institutes of Health (NIH) in the US, because they have access to the sequence of the virus . . . The US government is helping us with doing the design because there is great expertise there. What we are doing is we are going to make the product, quality clinical-grade material thanks to the support of CEPI.’

Bancel and Hatchett had thrashed out an agreement during the WEF annual meeting.

You can watch the press conference here.

This grand CEPI announcement was made on the very same day that Chinese authorities sent their dramatic message to the world that they had put Wuhan, the sprawling mid-China city, under lockdown.

However a disclosure by Moderna to the Securities Exchange Commission on January 21 2020 revealed that news of its vaccine nearly broke the day before the lockdown was imposed:

The statement that Moderna Inc provided a news outlet regarding its participation in the potential creation of a vaccine to respond to the current public health threat of the coronavirus labeled (sic) 2019-nCoV. read:

‘Moderna’s mRNA vaccine technology could serve as a rapid and flexible platform that may be useful in responding to newly emerging viral threats, such as the novel coronavirus. While we have not previously tested this rapid response capability, Moderna confirms that we are working with NIH/NIAID/VRC on a potential vaccine response to the current public health emergency. Moderna is committed to addressing infectious diseases and improving global public health.’

Contrary to Moderna’s statement, no public health emergency existed on January 21 when it spoke to the news outlet. In fact, that day, a regional delegation from the WHO was completing a two-day field visit to Wuhan. When they arrived on Monday January 20 the Chinese said they had 200 patients. The delegation reported they had discussed China’s plan to expand the 2019-nCOV case definition. Three days later the Chinese reported 537 patients to the WHO.

Dr Tedros Adhanom Ghebreyesus, director general of the WHO, convened an Emergency Committee (EC) meeting on January 22; he was unable to declare a Public Health Emergency of International Concern (PHEIC) without its recommendation. (This is a procedural nicety the current US proposed revisions to the WHO treaty, now rejected, would have dispensed with.) The Committee members were briefed on their roles and responsibilities by the WHO’s legal department and its compliance, risk management and ethics department, and warned of their duty of confidentiality. After considering the evidence, the EC decided the situation in China did not amount to a PHEIC. The Chinese lockdown appears to have been a response to its non-imposition.

A WHO statement issued by Dr Tedros the day after the lockdown read: ‘After the announcement of new containment measures in Wuhan on 22 January, the Director-General asked the Emergency Committee to reconvene on 23 January to study the information provided by Chinese authorities about the most recent epidemiological evolution and the risk-management measures taken.’ Again the Committee declined to offer a recommendation.

CEPI however pressed ahead with its vaccine plans. Announcing the $1million award to Moderna to begin manufacturing an mRNA vaccine for SARS CoV2, Dr Hatchett said, ‘Given the rapid global spread of the nCoV-2019 virus the world needs to act quickly and in unity to tackle this disease. Our intention with this work is to leverage our work on the MERS coronavirus and rapid response platforms to speed up vaccine development. There are no guarantees of success, but we hope this work could provide a significant and important step forward in developing a vaccine for this disease. Our aspiration with these technologies is to bring a new pathogen from gene sequence to clinical testing in 16 weeks – which is significantly shorter than where we are now.’

According to the company, Moderna and the US National Institutes of Health (NIH) developed its vaccine, based on an entirely new biotechnology, within two days of Chinese researchers releasing the genetic sequence to them on January 11.

Moderna said: ‘At that time, the National Institute of Allergy and Infectious Diseases (NIAID), part of NIH, disclosed their intent to run a Phase 1 study using the mRNA-1273 vaccine in response to the coronavirus threat and Moderna beganmobilizing towards clinical manufacture.’

Yet Moderna had not previously tested its rapid response capability, anddespite close to two decades of effort, no vaccine had been successfully developed for the closely related SARs virus. In fact after one unsuccessful attempt at developing a conventional SARS vaccine in 2012, Chieng-te (Kent) Seng, a researcher at the University of Texas, Galveston said, ‘Caution in proceeding to application of a SARS-CoV vaccine in humans is indicated.’

Furthermore, when the animals in this 2012 research study encountered the virus post-vaccination they died from ‘cytokine storms’: excessive inflammatory and immune responses which occur especially in the lungs that lead to acute respiratory distress (ARDS), fluid on the lungs and multiple organ failure. Cytokine storms are one of the mechanisms by which Covid-19 itself kills.

Documents obtained in June 2020 by AXIOS via a freedom of information disclosure reveal that Moderna and the NIH did not formally begin collaborating on a MERS vaccine until June 2019 when they signed an agreement to develop vaccines for MERS and Nipah, a tropical virus. Interestingly, of the 858 deaths from MERS recorded between 2012 and 2019, 812 occurred in Saudi Arabia. It had an estimated case fatality rate of 37.2 per cent. Two-thirds of the victims suffered from diabetes.

Appendix A of the 2019 collaboration agreement, signed by Moderna on 16 December 2019, outlining the scope of the MERS & Nipah research project, was revised and signed by the NIH on January 13 2020, the day that Moderna reported the SARS CoV2 vaccine design was agreed. The agreements are heavily redacted. They advanced a MERS vaccine candidate to the animal research phase that must precede human clinical trials in December 2019. This animal research study was contracted out to Dr Ralph Baric at the University of North Carolina Chapel Hill. Baric, a leading expert in coronaviruses, had previously worked collaboratively with Dr Shi Zhengli, the Wuhan Institute of Virology bat researcher. The animal study required the execution of another agreement called a material transfer agreement (MTA). All previous agreements refer specifically to MERS vaccines.

The UNCCH MTA signed by Moderna on December 17, 2019,  two days before the Gates tweet, refers to ‘mRNA Coronavirus Vaccine Candidates developed and jointly owned by NIAID and Moderna’.  It could concern only the MERS vaccine as Nipah is not a coronavirus.

The evidence points to a plan activated in December, directed by CEPI, in which Moderna was an active participant, to get these new ‘vaccines’ rolled out, possibly with new ‘bio-surveillance’ measures on the back of them, before the first pneumonia case was even reported in China.

In Part 2 I will discuss further evidence in support of this thesis.