Vegan lobby caught out in a porky pie 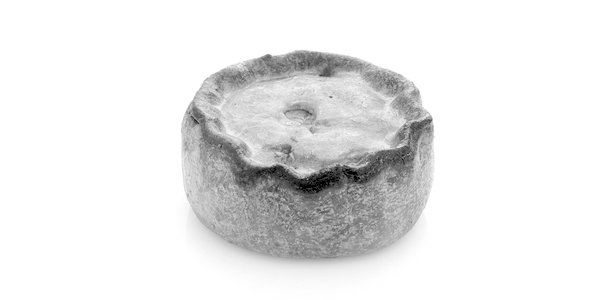 IT IS January. So it is also ‘Veganuary’ – the month when veganism receives a big push and we are all encouraged to give it a try. All credit to those who, in a free world, decide to give up animal products for food and any other uses. But when this choice is based on misinformation it is not so good.

The internet has long been awash with misleading information pumped out by animal rights groups and vegan activists. It is disturbing, though, when the mainstream press simply join in without bothering to fact-check. In the Sunday Times last weekend I came across this: ‘Up to 20,000 litres of water is needed to produce 1kg of meat’ (Sunday Times Magazine, January 6 2019, The Case Against Meat by Megan Agnew, page 21).

Of course the term ‘up to’ asks us to forgive any magnitude of error. However, on the next page an accompanying report (Vegan Fever) by Katie Glass says ‘Producing a kilogram of beef requires 15,000 litres of water’. A smaller number but claiming accuracy, and apparently from an ‘Oxford University-led study’ – but with no reference provided.

Rain falls on the grassland. Cows eat the grass and drink from streams or rain-filled troughs. Most of what they eat and drink comes back out and is re-absorbed into the natural cycle. It is not used up. (This is so obvious it feels surprising that I even need to write it.) This leaves the water remaining in the animal at the time of death, plus any used in the slaughtering process. I don’t think it is fair to count water used in transport and refrigeration, as cabbages would have the same requirements. So how on earth do we get from this entirely sustainable cycle to ‘up to 20,000 litres per kg of meat’ as per the Sunday Times?

I decided to try to trace the source. It is quoted as coming from the Institute of Mechanical Engineers. I looked at their report and found this on page 10: ‘To produce 1kg of meat requires between 5,000 and 20,000 litres of water.[25]’ I looked for footnote 25 in the list at the end of the report hoping to have reached the end of the chain. But it is missing. The footnotes jump from 24 to 26. The Sunday Times is quoting from a non-existing source.

In his book Meat: A Benign Extravagance, Simon Fairlie has delved into these misleading water-use statistics. When he was writing in 2010 he was tackling even higher figures. He quotes George Monbiot writing in the Guardian: ‘Every kilogram of beef . . . requires around 100,000 litres of water to produce’. Fairlie found the ‘Humanist Vegetarian Group’ and environmentalist Jonathon Porritt quoting the same figure. Fairlie decided to apply the figure to the cows he was then in charge of rearing – in particular, one called Bramley. According to Fairlie, Bramley produced 125 kilos of meat when he was slaughtered. His life lasted about 500 days. To achieve the 100,000 figure Bramley would have had to consume or otherwise use 25,000 litres every day of his life. See the problem?

Fairlie tried to track down how such misleading figures are produced. He finally did manage to trace one root source for ‘20,000 litres of water per kg of meat’ – the same figure we are seeing circulating today. Whether it was accurate or not, who knows, but it was based on feedlot steers fed on irrigated crops grown in California ‘where extractive irrigation is carried out on a scale that cannot be afforded by any other country in the world’.

Fairlie concludes that ‘all the commonly cited figures for water consumption are wildly inaccurate in respect of grass-fed free-range beef, killed in small-scale abattoirs. Yet these figures are routinely cited by commentators without any regard for whether they are meaningful or correct’.

Some might wonder whether it matters. Isn’t it just a good thing to eat less meat? Yet striving for the truth always matters. And some of the people turning to a vegan lifestyle care about the planet. If, based on misleading information, they are turning away from sustainably raised grass-fed meats and towards highly resource-intensive plant crops – or crops helping to drive deforestation – they may well be doing more harm than good, to whole species and to the environment. I am sure they would like to know.

Share
Facebook
Twitter
WhatsApp
Email
Previous articleIt’s all a bit sci fi, but how about putting bobbies on the beat?
Next articleWhistleblower teacher’s diary of despair