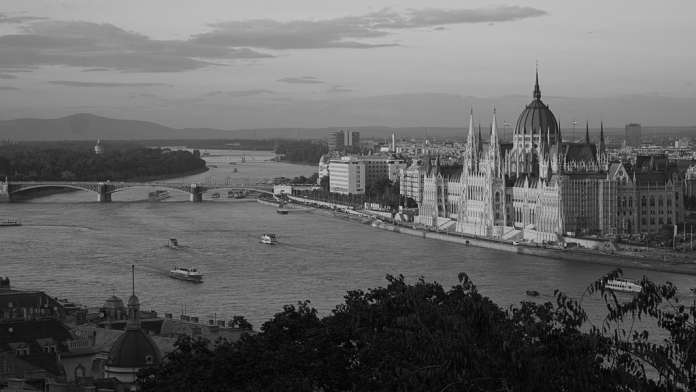 Viktor Orban, the Prime Minister of Hungary is not a very popular man – outside his own country that it is. He has just been voted back into office with a two-thirds Parliamentary majority but is still frowned upon across the European Union.

The Council of Europe, the Organisation for Security and Co-operation and Transparency International, are constantly criticising him.

The foreign (Western) press doesn’t appear to have much time for him either. The impression they give is of a populist – a nationalistic bête noir.

Last week I attended a seminar given by a group of Hungarian economists and policy experts at the Centre for Policy Studies and was given a different portrayal of the man – one of a true radical.

They described a man who began his political career as a liberal (he stood up to the Russians in 1989) but who became  a Conservative later as he watched years of left wing governments fail; a man who in the last four years has turned his country from basket case status to a state of economic stability and has won overwhelming  support for his policies.

One of the countries hit hardest by the global financial crisis they said Hungary today is  “… a place where it is worth living, working and starting a family, a country which in the past you left but which today you return to.”

This social and economic transformation has been achieved without the help of the IMF, without an EU bail out or a Central Bank takeover.

The Western press worries about his government’s new power to change the constitution – given by his two thirds majority.  They focus on his nuclear energy deal with Putin. They express dismay at his punishment of the banks and his war on the utility companies to keep down energy prices in dealing with the economic crisis.

But the picture painted by my Hungarian friends was different. In Viktor Orban they said  Hungary had found an heir to Margaret Thatcher; that it is Orban’s radical Thatcherist style that has so offended EU sensibilities.

Like Thatcher Orban has made no bones about his ideology and values: “…we believe in nation, personal responsibility, Christianity, family,” Mr Oban told the European Parliament.  Not very PC.  It’s not a view that enjoys majority support he acknowledged; “it is nevertheless a European position we are entitled to take.”

But unlike the UK today he has defended and backed the middle classes.  As the backbone of society, as the engine of the nation and the economy, which is how he regards them,  they must be given strong support.  And he has crafted his policies accordingly.

First he introduced a flat tax. At a rate of 16% it is the second lowest in Europe. Then he worked out a radical yet pragmatic pro family policy which addresses Hungary’s declining birth rate and low rate of female employment. It is based on marriage and formal cohabitation.

A generous family tax allowance is its core.  Deductible from the tax base – it is not a benefit – it comes with each child and gets significantly higher on the birth of the third child.  It means large families with an earner hardly pay tax at all.

On top of this maternity benefit is paid for three years.  Then there is a two year child allowance and a lump sum maternity grant paid to all mothers to be who attend at least four pregnancy care sessions.

The main beneficiaries of these measures I was told are people who want to take a longer leave from work to raise their children and the middle class families who are most likely to give up on or defer having children if they feel they cannot afford it.

But how was this affordable? They could not afford not to they said.

When Orban took office four years ago there were only 1.8 million people paying taxes (progressive taxation to 80%) in a country with a population of almost 10 million. Today with the flat tax there are now 4 million taxpayers and very much reduced tax rates for small businesses.

Mr Orbán and these policies have been far more successful than many economic analysts predicted. Hungary is stable and the government has managed to reduce the deficit. This, Orban  believes, this has been achieved by “honouring those who want to work more, or to employ more people and who are ready to raise kids.”

He also believes that encouraging families and even communities to change their life strategies is the only honest strategy.  He has challenged the European political elite to be honest enough to do the same;  there is a necessity now for traditional values.  It is no wonder he  is so unpopular with our politically correct secular European bureaucrats.

Surely though such radically different policies and a political ideology that puts family at it heart is at least worth a proper and full discussion in the broadsheet media? After all the skies in Hungary so far, have far from fallen in.

Share
Facebook
Twitter
WhatsApp
Email
Previous articleNorman Wells: A 12 year old mother and father of 13 – the bitter consequence of our over sexualised society
Next articlePeter Saunders: David Cameron has missed the whole point of Easter