NewsPaperthe art of publishing
HomeNewsVisit Berlin, and find terror and death around every corner
179

Visit Berlin, and find terror and death around every corner 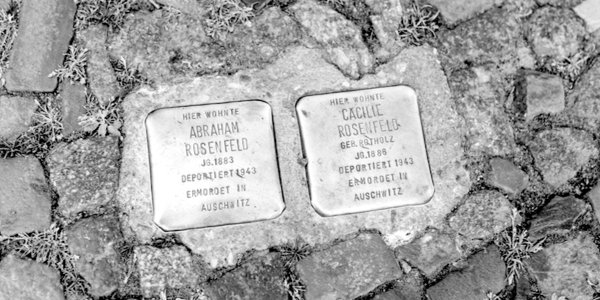 SIPPING coffee on what was once Prinz-Albrecht Strasse, I had a good view; piles of tidied rubble and empty space. I stared for ages. This was where the Gestapo HQ once stood and flourished in its only task: murder.

When the Berlin authorities hid Hitler’s grave and redesigned the Reichstag in the 1990s, it seemed that they might be about to bury their history. But the new centre of Berlin shows the opposite: now a vast memorial to the horrors of the past.

Almost every street seems to be named after someone who was strangled or shot. I walked to my hotel along Rudi Dutschke Strasse (shot in the head). Close by were streets named for Rosa Luxemburg (shot in the head, dumped in the canal), Karl Liebknecht (tortured, shot in the back), Walther Rathenau (sub-machine gunned), Hans and Sophie Scholl (guillotined), Dietrich Bonhoeffer (hanged on piano wire). There’s a Matthias Erzberger (shot) building on the Unter den Linden and an Ernst Thalmann Park (shot with his wife in Buchenwald).

It’s as if all the streets in central London were suddenly named after medieval and Reformation martyrs – commendable but also morbidly depressing.

Berlin has more than 8,000 Stolpersteine or ‘stumbling stones’, 10cm (3.9in) concrete cubes set into the pavement with brass plates inscribed with the names and dates of victims exterminated by the Nazi.

By the time I reached the Gestapo exhibition I’d already visited the Jewish Memorial and the Jewish Museum, designed by Daniel Libeskind. In the Gestapo exhibition there was a photo of Himmler laughing uproariously, his pale, reptilian throat undulating, not something you’d want on a postcard, and suddenly, like a child at a circus seeing clowns, it was all too much. I wanted to scream and rushed outside to the Tiergarten for some tranquillity and fresh air. The path in the park was dedicated, with audio-guide, to members of the Red Orchestra, Germans who spied against the Nazis (beheaded with hatchets, families shot) and a Stolperstein for Karl Behrens (hanged).

In modern Berlin, it seems, terror and death are around every corner. It’s always best to go with the flow on holiday, even if it comes from someone’s neck, so I left the park for Stauffenbergstrasse.

‘Is there a monument?’ I asked a passing cyclist.

The Bendlerblock, once Wehrmacht HQ, is where the aristocratic leaders of the July 1944 plot against Hitler were shot. Beforehand, sandbags were placed in a line, now marked by a dark, thin memorial. A wreath on a wall shows the spot where Stauffenberg was executed, illuminated by lights from a staff-officer’s car.

This was History at last, less harrowing than the other memorials because those involved were adult men who’d made a deliberate political decision, not innocent victims swept away by bestial acts. There was nothing lurid about it. Perhaps that’s why there were very few tourists there.

It would be disgraceful for Germany to deny rather than explore the past, but in places like the Gestapo museum you have to ask why were we tourists drawn to such a place?

Although the German authorities are sincere in their remorse – even the Gallery of Modern Art has a poster showing the Reichstag burned to the ground – all this self-flagellation suggests not just anxiety about falling into chaos and cruelty again, but that the famous German Liebestod, ‘love death’, is still alive, and may have unintentionally become part of that lucrative new manifestation, ‘dark tourism’.

Well-meaning Berlin many soon be part of the trail which includes Auschwitz (hardly visited when I lived nearby in the 1970s), the genocide museum in Cambodia and of course online images like those recently seen showing massacres in Libya. We are in an age of intense voyeurism even about the past.

Berlin’s architecture of perpetual mourning is also undermined by Left-wing relativism. When I mentioned my trip after my return to England I was told, ‘We were just as bad. There is no difference between the Swastika and the Union Jack. Our monuments celebrate victory; we don’t face up to the evils of our past as they do.’

One woman even told me that the Germans were not guilty of anything because they had been ‘invaded by the Nazis’.

That deliberate skewing of history is part of a new ideology now deeply rooted in education. When I was training to be a teacher in adult education, we were shown a cartoon representing national stereotypes, the sort once popular in sitcoms like It Ain’t Half Hot Mum. We were told that images like that had led directly to Auschwitz. I was startled by that lack of historical knowledge.

Teenagers who often know very little history are now forced to trudge around the concentration camps of Europe, not to acquire more learning or empathy, but to be inculcated with the doctrine of diversity and inclusivity. They’d do better to lie on a beach, enjoy their youth and one day possibly a few might pick up a history book and start reading.