NewsPaperthe art of publishing
HomeNewsVoaden, Lineker – what has South Shields done to deserve this?
89

Voaden, Lineker – what has South Shields done to deserve this? 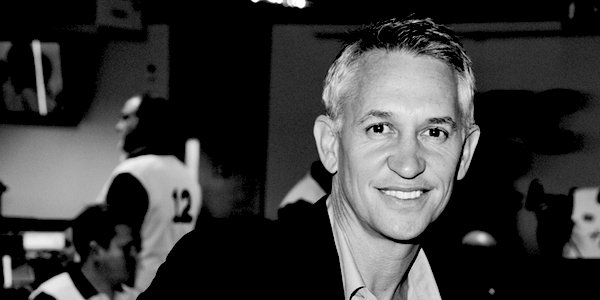 THURSDAY’S BBC Question Time came from South Shields. The panel included Caroline Voaden, LibDem MEP for South-West England. For her appearance on national television, surprisingly Ms Voaden did not appear in the garish T-shirt which previously she and her fellow Illiberal Anti-Democrats had been so keen to model in the European Parliament.

In Strasbourg at the opening session of the European Parliament – with a clear message! We are here to represent the best of the UK and work with fellow @LibDems to #StopBrexit – because the UK must lead not leave the EU. #BollocksToBrexit@LibDemMEPs pic.twitter.com/vSQSJhJKBl

Being a soft southerner, perhaps Voaden found Tyneside in late October too cold for short sleeves (although an autumn chill from the North Sea does not deter the locals). Or maybe, in a constituency which voted 62 per cent Leave, the rabid Remainer lacked the courage to be a sandwich board for the LibDems’ messages of ‘Stop Brexit’ and ‘Bollocks to Brexit’.

Michael St George has previously alerted TCW readers to not-so-sweet Caroline. During August, Ms Voaden denigrated a large area of her constituency in the (soon deleted) tweet: ‘Have you been to Devon recently? Population is 95 per cent white. That is the reality here. One of the things I miss most about my 18 years in Camden is the ethnic mix.’

Cosmopolitan Caroline, who daydreams of culturally enriched north London, must have been horrified to find herself in South Shields: at the last census, the constituency was 93.3 per cent White British. Furthermore, Voaden soon discovered that Tyneside’s peely-wally population contains Leave voters who stubbornly refuse to change their minds.

Watch this North East audience on #BBCQT and hear how much the Brexit-backing audience disagrees with the anti-Brexit establishment view. Incredible. pic.twitter.com/3d9gV79qbV

‘We’ve already voted and that was to leave the EU”

This audience member says politicians should not be seeking another Brexit referendum. #bbcqt pic.twitter.com/6BqNcZpoCE

Caroline will therefore be relieved that she does not have to represent South Shields, a task which used to be the job of David Miliband. Expected to become the carrier of the Blairite torch until brother Ed doused the flame, since 2013 the elder Miliband has been President and CEO of the New York-based International Rescue Committee (IRC) – a humanitarian charity and not, alas, a fan club for Thunderbirds.

Peter Mandelson famously declared that the Blair government was ‘intensely relaxed about people getting filthy rich’.  In which case the boy David, while heading the IRC, has lived the New Labour dream: last month the Mail on Sunday reported that Miliband’s annual remuneration had soared to $911,796 (£741,883) – riches to which the UK taxpayer has contributed, thanks to our ever-generous Department for International Development.

Moneybags Miliband has spent the past few days back in the UK. On Thursday he gave a speech containing the usual Brexit-blocking boilerplate: ‘It cannot be more democratic to plough on with a version of Brexit that was never presented to the public in 2016 than to consult them on whether they want to go ahead with this plan.’ On Friday David returned to South Shields which, because of its 62 per cent leave vote, the head of the IRC presumably now views as a disaster zone.

For his charitable work in South Tyneside, Miliband’s annual act is the South Shields Lecture, in which he interviews an invited guest. Of the previous interviewees, the one furthest to the Right was John Major; in other words, no conservatives and, since 2016, not one Brexiteer.

This year David was joined by . . . Gary ‘People’s Vote’ Lineker. Billed as an ‘outspoken advocate for an internationalist Britain’, according to Miliband’s publicity blurb, ‘Gary will be speaking about football but also about the future of the country. With Brexit scheduled a week later, the timing could not be better.’

Even minted Miliband will envy Gary’s £1.75million per year courtesy of BBC licence fee-payers. ‘I’m currently negotiating a new contract with them and I’m volunteering to take less,’ said Lineker last month. Volunteering? For Lineker to keep his snout in the BBC trough, he has no choice.

In the meantime, Gary gushed: ‘I didn’t hesitate to accept David’s invitation to deliver the South Shields Lecture. The North East has some of the most passionate football fans in the country, who have opinions on a range of topics from sport to Brexit and I look forward to discussing those with David.’

Perhaps during their chinwag the pair concentrated on football rather than anti-Brexit bellyaching, but that seems unlikely. Thursday was Caroline Voaden; Friday was David Miliband and Gary Lineker – what a hellish week to be a Leaver in South Shields.

It could have been worse: at least there was no sighting on South Tyneside of Miliband fanboy James Corden. In response to the speech his political hero had given on Thursday, the, er, comedian tweeted: ‘I truly believe the day David Miliband left British politics it all started to unravel.’

I truly believe the day David Miliband left British politics it all started to unravel. https://t.co/ipJBEwZY7X

Undoubtedly the most amusing line James Corden has ever written or said.

Share
Facebook
Twitter
WhatsApp
Email
Previous articleIf you want three years of slavery to Europe, this is the deal for you
Next articleReaders’ comments: Faith in Boris