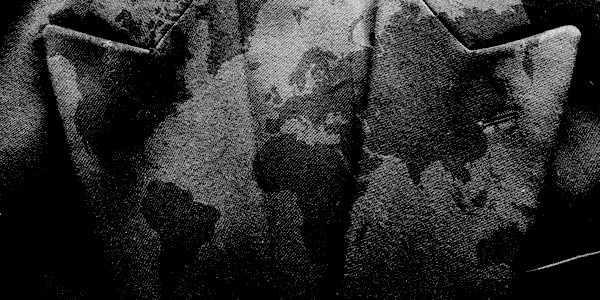 Charles Moore has grasped it, and Iain Martin has grasped it, but our politicians are barely running to catch up. Donald Trump, Charles Moore explains, has imposed his punitive tariffs on steel imports exactly a year after he announced that the US would withdraw from the Paris climate change agreement. The two are not unrelated. Trump has no fear of calling out the the EU’s climate change crap agenda, to put it crudely.

Moore asks the question: Who has the most successful carbon emission reduction in the world? Answer: America. Question: Why? Answer: The shale revolution.

Likewise, he asks, why would this man have any doubt about calling out unfair trade practices by imposing steel tariffs to protect the US industry? These are ones, let it be said, that the EU and Britain have been totally feeble about, and in the case of Britain, were prepared to sacrifice its own steel industry to. But for Brexit and the subsequent drop in the pound, and left to Anna Soubry, we would have no steel industry today, as vital to our security as it is.

Trump’s tariffs, Iain Martin warned last week, are only the beginning of his ‘war on a Europe living on borrowed time’. It is, he says, a signal to Europe that when Trump said America First he meant it. Indeed. But what exactly ask has Britain done to protect itself from this? How have we honoured our once-special relationship? By worse than doing nothing. The appalling slights of Mrs May and downright (unreprimanded) rudeness of the Mayor of London are hardly a basis for calling for it now. If they had wanted to pave Mr Trump’s way they could not have done better. Likewise Mrs Merkel’s arrogant refusal to increase Germany’s (and by definition the EU’s) contribution to NATO. Instead the EU’s bureaucracy persists in messing about with fantasies of an organised EU army. Some hope.

So it was disappointing to hear Liam Fox and Iain Duncan Smith – both America-philes – saying that the President was wrong to impose tariffs, albeit laying some blame, as IDS did, on lax EU policy towards China.

If the likes of Fox and Duncan Smith don’t get the changing world order, what hope, I wonder, is there for the intellectually challenged Mrs May?

The American political commentator Victor Davis Hanson explains that the old world order is over – and not because Trump wrecked it either – here. I recommend anyone interested or active in politics to read this. It’s a damningly honest list of political realities – starting with the idea of a Western Turkey being the ‘linchpin of NATO’s southeastern flank’ – that the West is still in hock to.

He points out that for over a decade Turkish strongman Recep Tayyip Erdogan has insidiously destroyed Turkey’s once pro-Western and largely secular traditions, and that he could not have done so without majority popular support.

Nor should anyone be under any illusions about China:

‘There is nothing much left,’ Davis Hanson writes, ‘of the old canard that only by appeasing China’s mercantilism can there be a new affluent Chinese middle class that will then inevitably adopt democracy and then will partner with the West and become a model global nation.’

China, he goes on, is by design a chronic international trade cheat – violations have been its road to affluence. Furthermore, US (and EU for that matter) trade appeasement of Beijing over the last decades has ‘no more brought stability to Asia than did nodding to Tokyo in the 1930s’.

For home truths on the EU, you need go no further. On these he writes:

‘There is also nothing sacred about the European Union. It certainly is not the blueprint for any continental-wide democratic civilization – any more than Bonaparte’s rigged “continental system” (to which the EU is on occasion strangely and favorably compared by its proponents). The often-crude imposition of a democratic socialism, pacifism, and multiculturalism, under the auspices of anti-democratic elites, from the Atlantic to the Russian border, is spreading, not curbing, chaos. The EU utopian mindset has altered European demography, immigration policy, energy production, and defense. The result is that there are already four sorts of antithetical EUs: a renegade and departing United Kingdom, an estranged Eastern European bloc worried over open borders, an insolvent South bitter over front-line illegal immigration and fiscal austerity, and the old core of Western Europe (a euphemism now for German hegemony).’

Germany comes in for his lashing too. The country is no longer the ‘new’ model West Germany of the post-war order, ‘but a familiar old Germany that now pushes around its neighbors on matters of illegal immigration, financial bailouts, Brexit, Russian energy, and NATO contributions, much as it used to seek to expand Prussia and the Sudetenland’.

German unification, he says, now channels more the spirit of 1871 than of 1989. ‘Likewise, in terms of the treatment of German Jews, Germany seems more back in the pre-war than in the post-war world.’

When it comes to Germany’s relationship with the US, he says it has redefined its post-war relationship ‘on something like the following three assumptions: 1) Germany’s right to renege on its promise to spend 2 per cent of its GDP on defense in order to meet its NATO promises is not negotiable; 2) its annual $65billion surplus with the U.S. is not negotiable; 3) its world-record-busting account surplus of $280billion is not negotiable. Corollaries to the above assumptions are Germany’s insistence that NATO in its traditional form is immutable and that the present “free” trade system is inviolable’.

As to the the post-war energy norm, that ‘ended about ten years ago. The US by next year will be the world’s largest producer of natural gas, oil, and coal – at a time of real progress in all types of hybrid engines. Israel does not need the Middle East’s – or anyone else’s – oil or natural gas. The Persian Gulf is now mostly a strategic concern of Iran and its archrival Gulf monarchies selling their oil to China and Europe, neither of which so far has the naval power to protect the precarious fonts of its energy interests’.

Finally on the Palestinian issue: ‘Perpetual victimhood is not a basis for a national agenda, much less a blank check for endless, virtue-signaling Western aid. Moving the US embassy to Jerusalem was simply an iconic recognition of what has been true for nearly a decade.’

Harsh truths indeed, but ones that British politicians need to face – and quickly.

Share
Facebook
Twitter
WhatsApp
Email
Previous articleHow can the top family judge not believe in the family?
Next articleFamilies: Why should we ‘welcome and applaud’ the second best?