NewsPaperthe art of publishing
HomeNewsWarmer weather is a lifesaver
0

Warmer weather is a lifesaver 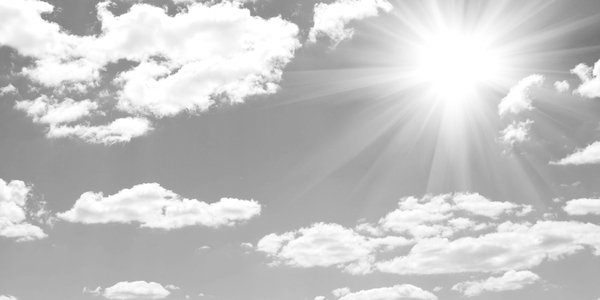 As temperatures drop and rain clouds return, millions of UK holidaymakers will look back on the summer of 2018 as one of the best they can remember.

While most Britons and overseas visitors have greatly enjoyed the sustained sunshine in recent weeks, some are alarmed that it may have been caused by climate change and could therefore be a recurrent feature of British summers.

After all, we live in a period of global warming and global temperatures today are about 1 degree Celsius warmer than 100 years ago.

Last week the Met Office’s chief scientist, Professor Stephen Belcher, explained on BBC Newsnight that the causes behind the recent heatwave are a combination of short-term weather and long-term climate factors. Asked if current summer temperatures were the ‘new normal’, he said: ‘The heatwave that we’ve got is probably part of natural cycles in the weather, but it’s superimposed on this background of global warming, and that’s what’s elevating our temperatures.’

I think that’s about right, although Professor Belcher and I might well disagree about the rate of global warming. I accept the basics of climate science, but I am a long-time critic of alarmist hyperbole and climate scares. I believe that climate change is real and that our CO2 emissions are contributing to it, although it difficult to quantify how much of the change in climate is natural and how much is man-made. However, the actual global warming trend during the last 30 years has been much slower than most climate scientists have predicted. This gives us more time to find better ways of dealing with and adapting to a slightly warming world.

Professor Sir Brian Hoskins, a member of the Committee on Climate Change, also acknowledged some scientific uncertainties about the role of climate change in the recent heatwave, saying: ‘We have seen sustained warm and dry patterns. What we don’t understand at the moment is whether climate change makes these patterns more likely.’

More important than these open questions is the fact that warmer temperatures in the UK are likely to have beneficial health effects on the whole. Cold-related deaths account for 20 times more deaths in the UK (61 per 100,000 per year) than heat-related mortality (3 per 100,000 per year). It is expected that the 2018 heatwave may cause 1,000 extra deaths, yet every winter there are between 20,000 and 30,000 excess deaths in the UK. With warmer winter temperatures that number will fall.

Some of Britain’s leading medical experts have calculated that a rise in the average temperature by a further one degree Celsius over the next 40 years would increase heat-related deaths in Britain by about 2,000 – but would reduce cold-related deaths by nearly 20,000, ten times as many. And of course we can adapt to warmer summers. In countries such as Spain and the US, where the use of air conditioning has become the norm, heat-related deaths have dropped substantially in recent decades despite global warming. We can do the same, enjoy warmer summers and take the benefit of warmer winters too.

Share
Facebook
Twitter
WhatsApp
Email
Previous articleHow the drug-liberalising Lefties would soil every street but their own
Next articleBBC Watch: This imaginary quagmire over press freedom