NewsPaperthe art of publishing
HomeNewsWarning: This police safety advice applies only to women with penises
192

Warning: This police safety advice applies only to women with penises 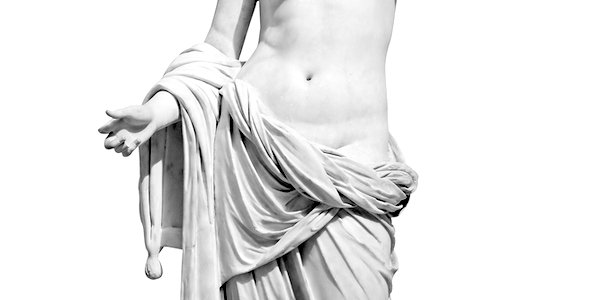 Crime is a regular theme in jokes about Liverpool, the city through which the Mersey runs because it dare not walk. However, such gags evidently are now outdated: so safe must the streets have become that both the Mayor of Liverpool and Merseyside Police are able to prioritise a rogue band of women who, armed to the teeth with stickers, are attempting to spread the radical message ‘Women don’t have penises’.

For the avoidance of doubt, it seems the crime for which these outlaws are under investigation is not vandalism but transphobia. For the mayor and police, this ill-defined offence now appears to cover the stating of a biological fact which a few transgender activists would prefer not to be true.

I am not aware of the group, we will remove stickers and work with the Police to identify those responsible. Remember though,Liverpool takes #PRIDE in its diversity and history of fighting for equality for all, we love all our Trans residents and all our LGBT community??? https://t.co/YJdsA6uXXo

Whether these anatomical males are delusional or, much worse, being menacingly opportunistic, seems no longer to matter – at least not on Merseyside, where the authorities’ immediate snap into action indicates that the sensitivities of so-called women-with-penises trump the concerns of traditional females not possessing meat and two veg.

Or might it be that Merseyside Plod simply is a spineless organisation that instinctively tries to placate those who most stridently claim to be offended? The question arises because, shortly before pursuing the sticker gang, the same police reacted to feminist grievance by deleting tweets and an accompanying video which were intended to improve the safety of women on a night out.

The advisory message had read: ‘She told her mates she’d had enough. The bar staff knew he shouldn’t have served her that last shot. Her mates should have gone outside with her. Shouldn’t have left her on her own in that state. Know when to step in.’

In brief: do what you can to ensure that no woman with whom you are out is left vulnerable – sensible advice, even if it does seem blindingly obvious and slightly patronising. Not, though, according to Jo Wood – not the ex-wife of Rolling Stone Ronnie, but the manager of Rape and Sexual Abuse (RASA) Merseyside – who interpreted that innocuous message thus: ‘If your friends did not stop you going outside, then it’s their fault you got raped, and if you went outside after you had been drinking, it was your fault you got raped.’

Blimey. That leap of logic by Wood is a long jump of which Greg Rutherford would be proud, especially as the police advice put no onus whatsoever on the putative victim. But according to Wood: ‘The problem here is that it’s not actually putting the focus of blame for what actually happens on the rapist themselves.’

There were plenty of similar objections, including Liverpool University Feminist Society denouncing the advice as ‘victim shaming . . . the only thing that causes rape are rapists’.

Yes, of course. But these protesters must be ideologically blinkered not to recognise that it is simply common sense for females to lessen the danger to themselves and their friends. Angrily demanding that a well-meaning reminder of this reality be withdrawn is moronic – unless current feminist instruction really is that, because a sexual assailant is solely to blame, women out drinking should give no thought to safety and how to minimise their vulnerability.

A harmless message to reduce risk now has been lost amidst the rancorous reaction by feminists: Citysafe, ‘Liverpool’s Community Safety Partnership’, immediately issued a grovelling apology, while Merseyside Police cravenly deleted its message and video – despite the fact that the storyline apparently had been based upon actual incidents where ‘predatory men have targeted women they perceive to be vulnerable in some way’.

We have removed a post and video entitled 'Know when to step in' and Citysafe, Liverpool's Community Safety partnership, have issued the following statement: pic.twitter.com/YwvYixweZj

This being the case, official kowtowing to forceful feminist dogma has taken priority over a useful warning to everyday women. Or, as such females now are known to Merseyside Police, women without penises.