NewsPaperthe art of publishing
HomeNewsWarning: This sandwich is sexist and may drive feminists nuts
167

Warning: This sandwich is sexist and may drive feminists nuts 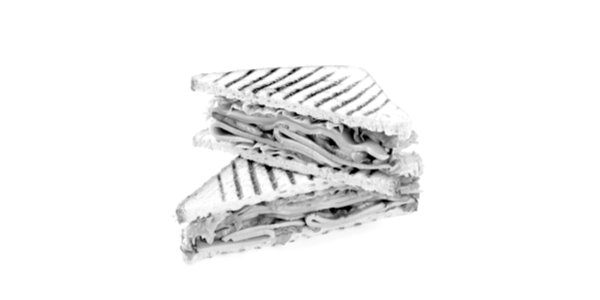 British feminists have a new target, and it’s a big one. A bigger threat to women than our cultural enrichers systematically wrecking the lives of hundreds of girls throughout England. A bigger threat than transgender biological men invading women’s safe spaces, refugees and prisons. A bigger threat than female genital mutilation. Much more important than any of these are – sexist sandwiches.

The lunacy never ends. Once progressives have reached a new low, like limbo dancers they see how much lower they can get. I am beginning to believe there is a competition to see who can come up with the most bat-guano crazy reason to be outraged by the patriarchy. If there is, the feminists who are outraged by Waitrose will be hard to beat.

The supermarket chain have come under fire for their blatant fostering of sexism by naming one of their sandwiches in the Heston Blumenthal range ‘Gentleman’s Smoked Chicken Caesar Roll’. The roll is so named because it contains an anchovy mayonnaise similar to the trademarked (and dating from 1828) Gentleman’s Relish.

Waitrose describe the product as ‘the ultimate Caesar salad to go. A parmesan ciabatta roll filled with pulled, smoked chicken breast, beechwood smoked bacon and Parmigiano Reggiano all topped with anchovy mayonnaise and Cos lettuce for crunch’. They fail to mention that it is an undercover weapon in the army of the patriarchy.

Bandwagons exist to be jumped on. They create solidarity and provide self-satisfaction by allowing you to fool yourself that you are actually doing something other than advertising your wokeness.

Amy Lamé, Sadiq Khan’s London ‘night czar’, was not to be fooled. She posted an image of the roll on Twitter and said: ‘I never knew sandwiches were gender-specific. I’m female but thankfully Waitrose let me purchase this anyway.’

Others were eager to join the Twitter chorus of outrage condemning the supermarket for its appalling insensitivity to the sisterhood.

A disgusted Sian Murray said: ‘What a ridiculous name!’ Joe Alessi, who is presumably male but one can never tell, thought it ‘outrageous’. Nikki Alvey is clearly lagging behind in the scandalisation stakes: she was merely ‘disappointed’ with the roll’s name.

Expending your emotional energy and righteous indignation on a sandwich when there are so many real evils in the world to be combated makes you not just morally maladjusted but an enemy of reason.

This would be par for the course when it comes to feminism. However, no tale of a heroic fight against oppression is complete without the baddy being vanquished. The spineless self-flagellation of our institutions, boards and companies never ends. You guessed it: Waitrose issued an apology.

A spokesperson said: ‘It’s never our intention to cause offence – we’re not dictating who should eat this sandwich – we hope anyone who tries it will love the distinctive flavours. However, we are planning to change the name of the sandwich soon.’

Perhaps we should have a competition to decide on a new name. Suggestions welcome.