NewsPaperthe art of publishing
HomeNewsWarning – this story may contain chrysanthemums
142

Warning – this story may contain chrysanthemums 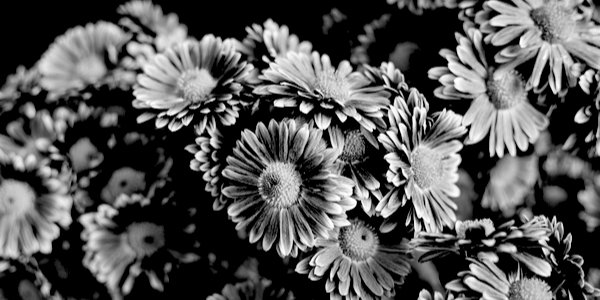 I FIRST sensed something in our social discourse was changing about ten years ago when I brushed past a seated woman as I groped for my place in a tiny London cinema. She became extremely angry. I hadn’t pushed or shoved her, just brushed her arm as I sat down, but she made it clear that she was seriously annoyed. Her friend compounded this by asking her: ‘Are you all right?’ with huge phoney concern.

I now often hear this ‘Are you all right?’ forced sympathy in situations where there is no real threat. In the absence of Christian duty or social deference, it seems to be a new way of signalling respectability and virtue. But this is not a polite, passive thing; the fury of the woman and her friend was real. There is an element of angry hysteria in this collective ‘concern’ for victims, deliberately imagining injury where it doesn’t exist.

This new paradigm of virtue insists that individuals, particularly women and girls, are extremely, almost ridiculously, fragile in any of what are now termed ‘shared spaces’, it seems even when alone in private, quietly reading a book, or in an exam room writing about one. The AQA exam board has just apologised after one Hadiatou Barry, a schoolgirl from Lowestoft, Suffolk, wrote to them saying she had been ‘horrified’ by a passage in a short story by the gentle, bucolic H E Bates, author of The Darling Buds of May, My Uncle Silas and Love for Lydia.

His short story, The Mill, published in 1935, includes a character called Alice who is raped. Barry claimed that the extract they had to read might have acted as a ‘trigger’ for underlying mental health issues and could have thereby undermined their performance in the exam. She demanded that ‘appropriate measures’ were put in place so that such a thing wouldn’t happen again. She was supported by her friend Alana Kingsley, who said that ‘some people were disturbed and worried by the extract’.

There was also a problem with the paper because some of the students sitting the paper, fifteen-year-olds, didn’t know what chrysanthemums were, even though the word was carefully explained on the paper. Their complaints were supported by adults such as Sarah Leigh on Twitter ‘@writingtuition’, who complained that not only was the piece inappropriate because of the assault, which she described as ‘graphic’, but because it was written by a man, and one born in 1905!

In its meek apology, AQA replied that the rape appeared much later on, and ‘no one had to read the whole story’.

Perish the thought that they might! One can only hope that no schoolgirls in future are ever led into reading Greek myths, Richardson’s Pamela or his Clarissa, W B Yeats’s poem Leda and the Swan (that story is also dangerously depicted in many paintings, along with other ‘rape metaphors’, so best to avoid art galleries.) Heaven forfend they read the Bible. They’d better not try Tess of the D’Urbervilles, and Jane Eyre is also decidedly dodgy. Young women used to love it but now they know better.

‘I decidedly preferred these fierce favours to anything more tender,’ says misguided Jane. Her chosen man, Rochester, often seems to be on the brink of violence. He has also unforgivably locked his mad wife (driven insane by him no doubt) in the attic. Then there’s Heathcliff in Wuthering Heights by sister Emily. Better not go anywhere near him, even if being played by Cliff Richard in a musical.

In the modern age, books for girls to miss must include A Clockwork Orange by Anthony Burgess which recalls a real-life wartime rape, and The Color Purple in which a black man rapes his young black wife.

They’d also better avoid going to the opera to see Tosca or Don Giovanni, but they are hardly likely to do that. State education eschews high culture, which is not surprising as it tends to be all about risk, nuance and complications caused by wrong thinking in the past.

This passive aggression acting as repression has inspired educationalists to invent structures to prevent people becoming ‘victims’, even if they are not noticeably threatened. The University of Sussex has just introduced a clause into its teaching policy which states that ‘any materials within relevant courses and modules will positively represent trans people and trans lives’.

Discussion of factual biology, criminality, mental illness or the right of vulnerable women to be protected will not be allowed. At least not without a mighty, ten-gun trigger warning first, so that all virtuous, right-thinking students can escape well in advance.