NewsPaperthe art of publishing
HomeNewsWas Afghanistan worth the pain?
166

Was Afghanistan worth the pain? 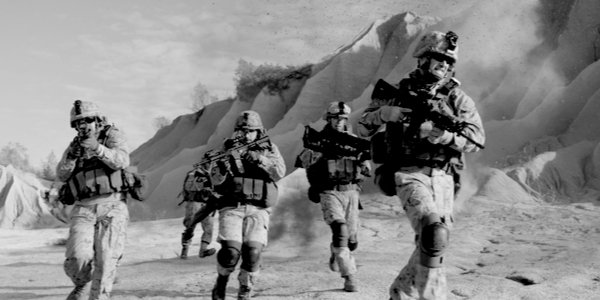 IT is natural for us to concentrate on our military victories. The coverage of the Dardanelles campaign, the Fall of Singapore and Tobruk, and Operation Market Garden is but a fraction of that of the Battle of Britain, El Alamein and D-Day.

We are able to boast that we have at one time or another taken on and defeated most of the countries of the world. While the Americans will brag of their victory in the Colonial Civil War (or ‘War of Independence’ as they persist in calling it), they do not want to be reminded of the burning of Washington DC in 1814. The White House was quite scorched.

One thing we and the Americans have in common is Afghanistan, which seems to have been the graveyard of military ambition of the Great Powers for the last two centuries. While the Napoleonic Wars gave us Lady Butler’s stirring image of the Scots Greys at full gallop in her painting ‘Scotland Forever!’, the enduring image of British military adventure in Afghanistan is the same artist’s ‘Remnants of an Army’. depicting William Brydon, reportedly the last survivor of the approximately 16,000 soldiers and camp followers from the 1842 retreat from Kabul in the First Anglo-Afghan War.

Why is this? Why could the army which triumphed over Napoleon not subdue one unruly backward country? Our forces and those of the USA will be out of Afghanistan by the 20th anniversary of 9/11. The Taliban are poised to reassume power. Nothing seems to have changed, other than – we hope – the Taliban no longer permitting the basing of Islamist terrorist organisations on Afghan soil.

The problem from a military perspective is geography, which is, other than opposing forces, the primary consideration. Despite technological advances, conventional wars are still won by boots on the ground. Afghanistan is mountainous; where it is not mountainous, it is hilly. When Neil Kinnock was quizzed about his unilateralist policy and the risk of a Soviet invasion of the United Kingdom, his response, based on the totality of his expertise in matters military, was that people should ‘take to the hills’ to defy the invader. It was the Germans’ ability to defend hill after hill in Italy after 1943 which slowed the Allied advance. In the case of Afghanistan, the people have already taken to the hills. It’s where they live.

Western militaries have evolved from the conditions found in most European wars over the last millennia, being primarily conducted on plains and using ever-larger formations of infantry and cavalry. The major obstacle to an army’s advance was a river which would require bridging, resulting in choke-points that would be defended. The Fall of France in 1940 started not with the surprise German attack from the Ardennes, but when the French Army failed to stop the Germans from crossing the Meuse.

In Afghanistan this century, the major obstacle was hills, hills, and more hills that would overlook every route down which mechanised forces could travel. Western forces, trained in fighting on broad fronts against recognisable opposition, found themselves facing the prospect of having to run the gauntlet from hidden foes every time they moved. In a twist of irony, US forces found themselves at the mercy of the Afghan version of minutemen, as their enemy was virtually indistinguishable from the general population. There did not appear to be any part of Afghanistan that was ever fully pacified.

Faced with a similar problem of civilian insurgency in the Second Boer War, British commanders instituted a harsh strategy; the civilian population was deported into concentration camps. Thousands died, and there was a public outcry back in Britain.

There is only one person in the last 100 years who could permanently have brought Afghanistan to bay. That was Joseph Stalin. A Soviet invasion of Afghanistan in the 1930s might have experienced the same kind of insurgency as did our forces, but with one crucial difference. Stalin would have been perfectly happy to use weapons of mass destruction to achieve his aims. Like Mussolini in Abyssinia, Stalin could have used poison gas dropped from aeroplanes or fired from artillery to clear concealed opposition. Mass deportations of the civilian population could have followed. Afghanistan would have been at peace.

In fact Stalin did send forces into Afghanistan twice, first to intervene in the Afghan Civil War of 1928-1929, and then in 1930 as part of the campaign against an Islamist insurgency in Russian lands which has been running since 1916. But these were limited operations with specific goals. Had Stalin invaded Afghanistan with the aim of subjugation, he would have come up against the British Empire. Afghanistan was a buffer state and a key piece in the Great Game played by Britain to curb Russia’s southward expansion.

Of course, the use of poison gas, concentration camps and mass deportation as methods of pacification is rightly unacceptable, as would be the failed German method in two world wars of hostage-taking, razing towns and mass executions. But this does mean that recent forces in Afghanistan faced the same problem experienced by all armies of occupation since the advent of mass-produced small arms and home-made explosives. The concept is called asymmetrical warfare, where a power armed to the gills with the latest in modern weaponry faces off against a low-technology force hiding amongst the civilian population that mounts deadly ambushes by gun or bomb. These attacks do not defeat an entire force but require it to be on guard all the time while experiencing a kind of death of a thousand cuts. Arguably the only uncompromising victory in an asymmetrical war has to be when our forces defeated communist rebels in the Malayan Emergency, but it did require 12 years to do it. The Mau-Mau uprising in Kenya was put down after eight years of fighting, but the methods our forces used have attracted increasing controversy since.

The hard fact is that it is difficult, to the point of impossible, for a major power to win an asymmetrical war unless the power is willing to commit war crimes, and even then this is no guarantee of victory. Indigenous populations will fight to prevail against an invader to a point beyond rational behaviour or military logic, in the full knowledge that all they have to do is require the power to keep sending body bags home for a few years before the voting public despair at the death of their sons and tire of the drip-feed of death and the ongoing expense of it all. The war in Vietnam was the first major example of this, and the Soviets were not immune in Afghanistan themselves. In the USA, Vietnam brought down President Lyndon Johnson. In the USSR, Afghanistan brought down the country.

So was our fighting in Afghanistan worthwhile, given that the Taliban are ready to fill the vacuum left by departing Western forces? Yes, it was. An armed clash between Islamists and the West was inevitable at some stage in the 21st century. It was inevitable that the fighting would be asymmetrical. Islamist violence had been on the rise since the 1980s, accelerating in the 1990s with a civil war of unprecedented brutality in Algeria that set the pattern for future Islamist attacks. So a war after the 9/11 atrocity had to be fought, and fought well. Time will tell if the Taliban have learned their lesson, and keep their extremist beliefs to their borders.

Another ongoing issue is that Western involvement in Afghanistan, Iraq and Syria has resulted in barbaric terrorist attacks on our soil committed by people born in, or welcomed to, our country. But the violence committed by Islamists in Algeria was a preview of what was to come. There was no possible outcome other than the West fighting Islamism abroad, and Islamists using every dirty trick to murder civilians on our shores. This war was inevitable and had to be fought. Our enemy is uncompromisingly barbaric. Our victory is taking it on without descending into the barbarism ourselves. Our enemy knows we are willing to fight for our values, and that we can maintain our values while we fight to destroy them. That is our continuing victory and it should be better appreciated.