NewsPaperthe art of publishing
HomeNewsWas Mary Seacole racist? The Times and an idiotic attempt to erase...
0

Was Mary Seacole racist? The Times and an idiotic attempt to erase history 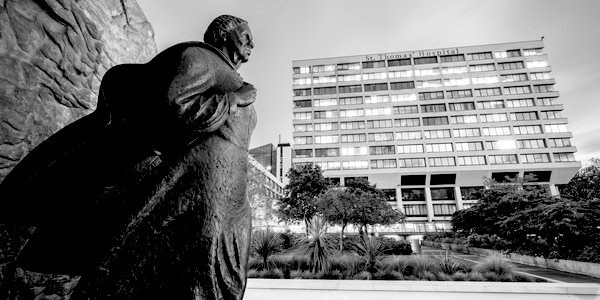 ON Monday June 15, the Times carried a report by its ‘History Correspondent’, Mark Bridge, headed: ‘Hundreds of blue plaques checked for slavery links.’

I wrote a letter to the newspaper because I wondered if the plaque at 14 Soho Square, Soho, City of Westminster, will be vetted.* The plaque states:

The Times, of course, was not under any obligation to publish my letter and declined to so do. It did, however, choose to enter into unsolicited correspondence with me in order to contest my opinion that Mary Seacole held racist views; albeit that these views reflected the era in which she lived.

The judgment I have reached about Seacole is largely consequent on my having read her 1857 autobiography. The letter I wrote to the Times quoted from it. At a time of worldwide public protest and disorder, the newspaper seemed unhappy with my audacity. I was, extraordinarily, asked to prove that the autobiography was not a fake.

Was it my reference to her deployment of the n-word that so upset the Times? Was it her classification of the Turks as ‘degenerate Arabs’ or her opinion that, ‘the fleas are the only industrious creatures in all Turkey’? Or was it, rather, her racist dismissal of ‘the cunning-eyed Greeks’ and ‘the lazy Maltese’?

The fact that the preface to Seacole’s autobiography was written by William Howard Russell, the famous Crimean War correspondent of the Times, made no difference. Nor did Seacole’s obituary, carried by the newspaper in 1881, even though it referenced her autobiography.

Both the Mary Seacole Trust and the Florence Nightingale Museum are reputable organisations that attest to the authenticity of the autobiography. The Observer newspaper printed extracts from the book as soon as it was published.

The Times was especially taken aback by my assertion that Mary Seacole was a great admirer of Horatio Nelson. This well-attested opinion is unlikely be true, according to the Times, since Seacole was born a year after the Battle of Trafalgar, in which Nelson died. Putting aside the fact that she was born in the same year, 1805, the absurdity of the suggestion being made by the newspaper is startling.

The movement towards decolonising the curriculum at school and university is gathering pace. Private schools such as Winchester, Fettes, Ampleforth and St Paul’s Girls’ School are now on the bandwagon.

Will the suppression of Mary Seacole’s autobiography be a part of the decolonising process? What else needs to be suppressed in order to decolonise?

How sad that a reputable newspaper such as the Times should seek to contest a truth that might just help people get along with each other.

The McGovern-Times correspondence, typos and all, is set out below. Judge for yourself …

I respect the right of the newspaper not to select my letter for publication and have, therefore, omitted it here. Parts have been quoted in the preamble above.

08:34 The Times Letters asked for contact details and posed this question:

﻿Is your source for all these claims her autobiography?

Yes, they quotations are from Mary Seacole’s ‘Autobiography’ –  Wonderful Adventures of Mary Seacole (1857). It can be downloaded on Kindle and the search facility used to pinpoint the quotations.

11:45 The Times Letters repeated its question:

Is there evidence that she definitely wrote this autobiography please? Its accuracy has been disputed in the past. Also, was she really a great admirer of Nelson? She was only born in 1805, the year of the Battle of Trafalgar.

Mary Seacole’s last will and testament appears to confirm her conviction that her husband (Edwin Horatio Hamilton Seacole) was a love child of Nelson and Emma Hamilton – as bizarre and extraordinary as that may seem. I reference this is in the blog below:

The authenticity of the autobiography is not questioned by the Mary Seacole Trust, which references it on its website:

Mary Seacole was, prepared to put her life on the line for the British Empire by working for it near the front line in the Crimean War.

The Florence Nightingale Museum references the Seacole autobiography: as does the British Library:

The Nightingale Society references this book on Mary Seacole:

I think, on balance, that the Mary Seacole autobiography is as authentic as Churchill’s. Why would there be those who seek to deny its authenticity, I wonder? That could be worth exploring.

In her autobiography Mary specifically refers to her husband as being the ‘godson’ of Nelson. I think we might question whether the husband was love child but there seems to be clear evidence about her pride in the ‘godson’ connection.

This from Lynn McDonald’s book on Mary Seacole: “She married Edwin Horatio Hamilton Seacole, a merchant, in 1836. He was a sickly man, about whom virtually nothing is known. His family called him the natural child of Admiral Horatio Nelson and his mistress, Lady Hamilton, but there is no firm evidence for this speculation. Seacole called him Nelson’s godson in her will, where she left a ring Nelson was said to have given him to her benefactor, Count Gleichen. Seacole biographer Jane Robinson went to some trouble to try to track down the relationship, to no avail. 1 A similar first name may mean nothing, for people often named a child after a famous person, which the hero of the Battle of Trafalgar and conqueror of Napoleon most decidedly was.”

— Mary Seacole: The Making of the Myth by Lynn McDonald

﻿Is there clear, irrefutable evidence of who wrote this book and when, and who published it? If so please provide it. It still seems odd that she should admire Nelson so much given that Trafalgar coincided with the year of her birth.

It is currently a Penguin publication. It was dedicated to, W. H. Russell, The famous Times correspondent in the Crimea during the War and he wrote the preface.

Mary Seacole dedicated it to:

DEDICATED, BY PERMISSION, TO MAJOR-GENERAL LORD ROKEBY, K.C.B.1 BY HIS LORDSHIP’S HUMBLE AND MOST GRATEFUL SERVANT, MARY SEACOLE”

Lord Rokeby wrote this preface (It should have said ‘Times reporter W.H. Russell this preface’, but his name does appear at the end along with a note)

“TO THE READER I should have thought that no preface would have been required to introduce Mrs Seacole to the British public, or to recommend a book which must, from the circumstances in which the subject of it was placed, be unique in literature. If singleness of heart, true charity, and Christian works; if trials and sufferings, dangers and perils, encountered boldly by a helpless woman on her errand of mercy in the camp and in the battle-field, can excite sympathy or move curiosity, Mary Seacole will have many friends and many readers. She is no Anna Comnena,1 who presents us with a verbose history, but a plain truth-speaking woman, who has lived an adventurous life amid scenes which have never yet found a historian among the actors on the stage where they passed. I have witnessed her devotion and her courage; I have already borne testimony to her services to all who needed them. She is the first who has redeemed the name of ‘sutler’2 from the suspicion of worthlesseness, mercenary baseness, and plunder; and I trust that England will not forget one who nursed her sick, who sought out her wounded to aid and succour them, and who performed the last offices for some of her illustrious dead. W.H.RUSSELL3.”

“3.    W. H. Russell: William Howard Russell (1821–1907), special correspondent for The Times, widely regarded as one of the first, most important war reporters. He accompanied the first troops to the Crimea, remaining for two years. His uncompromising dispatches from the battlefront opened the British public’s eyes to the sufferings of soldiers during the winter of 1854–5 while celebrating the heroism of the common soldier, and when Russell returned to England he was as well known as any of the war’s military commanders. He was critical of British military disorganization before Sevastopol, and his reports provoked a wave of national hysteria and recrimination (Winfried Baumgart, The Crimean War, 1853–1856 (London: Arnold, 1999), p. 141).”

Blue plaques are to be reviewed for their ‘problematic [racist]connotations’. Should such scrutiny also apply to the Jamaican ‘nurse’ of the Crimean War, Mary Seacole? Her Imperialistic views and her great admiration for Horatio Nelson, reflect her time and thereby coincide with those of Winston Churchill. In her autobiography she classified Turks as ‘degenerate Arabs’ and opined that, ‘the fleas are the only industrious creatures in all Turkey.’ She, also, dismissed ‘the cunning-eyed Greeks and ‘the lazy Maltese‘. Her guide in Constantinople she addressed as ‘Jew Johnny. Add to this, her occasional deployment of the n-word and her reference to the ‘dirty skin’ of foreigners and we can see that her views on race were not much different from Churchill’s and of most other people at that time.  The man voted No 1 Brit and the woman voted No 1 Black Brit had much in common. How appropriate that they both have statues close to Parliament.