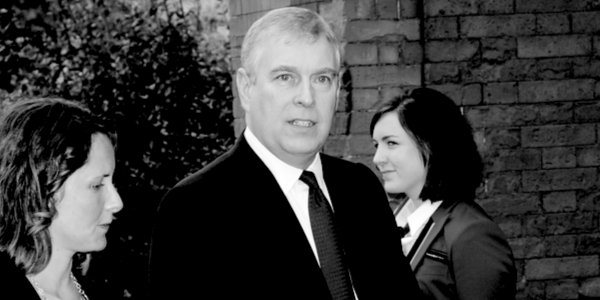 I DON’T know about anybody else, but I am sceptical of the anger and judgment regarding Prince Andrew which is emanating from the mass media.

It is as though almost every news outlet has been gripped by a bad case of virtue-signalling before all relevant facts are known. Now some of the organisations associated with Andrew or his charities are turning their backs on him.

I watched the BBC interview given by the prince that was broadcast on Saturday night. Yes, he may not be the sharpest knife in the drawer.

True, he may not come across brilliantly. But the overriding question that occurred to me was: Why would this man submit himself to an hour’s worth of interrogation in front of TV cameras if he had something to hide?

Even a good actor – which Andrew is not – would struggle to hold the line if they were sitting on some explosive secrets. In my assessment, Andrew was relaxed seemingly to the point of being unaware how high the stakes are for him. Yet at present, the only thing one can say he is guilty of is being a fool.

Andrew has never been popular with the British public. He is reputedly the Queen’s favourite son, but the man in the street has never taken to him. He has long been mocked.

Even from the earliest days of his marriage to Sarah Ferguson in the 1980s, he was somehow considered a bit tacky. (Remember his admittedly ghastly marital home, nicknamed ‘SouthYork’?) Indeed, it’s said he doesn’t have many close personal friends either, and this last point may explain a lot.

Looking back through articles written about Andrew by Sharon Churcher – the US-based British reporter who uncovered the story of Andrew’s main accuser, Virginia Roberts, in the Mail on Sunday 12 years ago – I am struck by a conversation Churcher had with an unnamed source in May 2001, who was described as a ‘friend’ of Andrew’s ex-wife.

This conversation formed part of a Mail on Sunday feature article entitled: ‘How Sir Evelyn de Rothschild’s socialite wife has gathered some of America’s most influential media figures to clean up the Duke of York’s playboy reputation.’

The piece told of a dinner thrown for Andrew in Manhattan by Rothschild and his wife, Lynn Forester. Churcher wrote: ‘Fergie and a lot of other people who love Andrew believe that his friendship with Ghislaine Maxwell and Jeffrey Epstein (her former lover) has become really dangerous. They’re using him just for his name and access and he is so innocent and naive that he doesn’t realise they have ulterior motives.’

It seems that Churcher, who remains closely involved with the unfolding story about Andrew’s relationship with Epstein almost 20 years since writing those words, cottoned on to Andrew’s distinct lack of nous all those years ago.

Churcher also seems to have been aware of Epstein’s lethal potential and tendency to exploit.

I hold this up as supporting evidence of Andrew being a fool. But does that make him a criminal?

There is a further point that warrants airing. Much has been made of a photograph of Andrew walking through Central Park in New York with Jeffrey Epstein.

It was published in the News of the World in February 2011. It is now viewed with venom by the mass media, which cites it as the prime example of Andrew continuing his friendship with Epstein even after he had served a prison sentence for soliciting a minor for prostitution. See here:

Andrew spoke candidly about this chapter in his BBC interview, saying he felt it was honorable to tell Epstein in person that he was breaking off their friendship. I am the first to see that his having then stayed with Epstein for four days looks, frankly, very odd. It is almost inexplicable.

But this is the sort of moral conundrum with which few ever wrestle. After all, what would it take for anybody reading this to end a longstanding friendship? Friends stand by friends when they are in trouble. This is taught to all good Christians. Forgiveness is key. To that end, Andrew’s explanation is, at least, plausible.

But has it not occurred to the BBC – or anyone else – to ask more about how this picture came to be taken in the first place? Indeed, it is surprising that Prince Andrew himself hasn’t asked some pretty urgent questions about it.

For this photograph formed the centrepiece of a story written by Mazher Mahmood, aka the Fake Sheikh, the journalist who in October 2016 was jailed for 15 months after being found guilty of conspiring to pervert the course of justice.

As is well known, the News of the World was closed abruptly in 2011 in a botched bid by its owner Rupert Murdoch to quell the phone-hacking scandal.

The question is: How did the Fake Sheikh, or whoever took the photograph, know that Andrew and Epstein would be together – and indeed were together – at that precise location at that precise time? Somebody seems to have tracked Andrew for the four days he stayed with Epstein. But how did the News of the World even know that Andrew was in New York and staying with Jeffrey Epstein?

It follows: Has Prince Andrew’s phone ever been hacked? I am not suggesting that the Fake Sheikh ever hacked it, or that he ever had knowledge of any hacking. But it seems to me that there are legitimate questions Andrew might ask of the media if he is so inclined.

Andrew should never have spoken to the BBC. In doing so, he opened a can of worms on the media’s behalf, inviting more and more trouble into his life, which has led to what now resembles a witch-hunt. Total silence on the matter of Jeffrey Epstein was the only sensible course for him. Now, he cannot undo a word he said to the BBC.

Still, if I had to bet, I would say this story will turn out to be more of a damp squib than the media seems to want to believe.

I repeat: Andrew may be a fool, but does that make him a criminal?