NewsPaperthe art of publishing
HomeNewsWatch out, Afua, there’s a pretender to your victimhood crown
85

Watch out, Afua, there’s a pretender to your victimhood crown 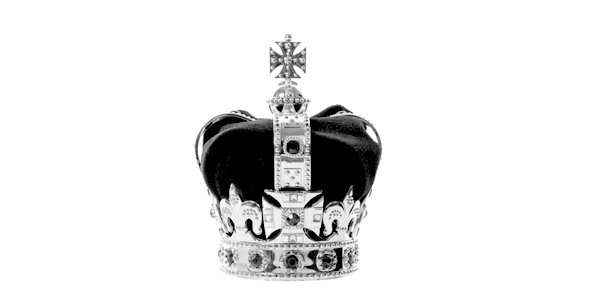 Many of you will be familiar with the mixed-race British writer and broadcaster Afua Hirsch, who at every available opportunity promulgates the notion that Britain is an inherently and institutionally racist society that discriminates against people from ethnic minority backgrounds. While I would never deny that genuine racism exists and that there are still plenty of racist incidents (some directed at white people), the idea that Britain is institutionally and inherently racist in the second decade of the twenty-first century with whole swathes of anti-racist legislation enforced by the state is just laughable.

In fact, Afua Hirsch is a living embodiment of privilege as opposed to a victim of oppression. Privately educated and a barrister, she has in recent years developed a successful career in the media, one of the most difficult industries to enter. Not only is she a published author, but she is a prominent broadcaster, as well as a regular contributor to the Guardian, where guilty white Leftists enjoy flagellating themselves over historical racism for which they are not responsible.

In an age of ever-increasing divisive identity politics, the demand for hit pieces and race-baiting narratives has led to a surge in the supply of well-educated and articulate Leftists with a victim complex working in the media. The writer, model, PhD-educated BBC and Channel 4 TV presenter Emma Dabiri is one such contender to take the crown of victimhood from Afua Hirsch. Dabiri is both Nigerian and Irish, so she can claim extra victim points on account of Oliver Cromwell’s siege of Drogheda in 1649 when trying to appeal to the post-colonial guilt of Guardian readers and commissioners at the BBC and Channel 4.

In a recent interview in the Irish Sunday Independent, Dabiri outlines how she felt singled out as a child based on her race because white children were mesmerised by her hair.

‘Growing up in Dublin, it happened all the time. It was constant. Often kids would just say “oh my God, look at her hair, it’s mad” and come right over and have a feel and a chat,’ she recalls. ‘It felt strange and objectifying.’

I’m not denying that at times it was probably annoying for Dabiri to be the object of scrutiny, but even she admits it was well-intentioned.

‘There was definitely an element of being a little celebrity in the playground, but that annoyed me as well, because if I ever mentioned any negative experiences, my friends would all be like “what are you talking about, you’re a superstar, everyone knows who you are.”

‘I tried to say I had done nothing to set me apart as an object for scrutiny. People often presumed I was a singer, or that I wanted to be one, and I love singing, but for years that turned me off. The presumptions were never that you were more intelligent, or could write; always that you wanted to do something in show business or to be an athlete.’

I have heard Dabiri on TV describe being on the receiving end of genuinely vile racist abuse and in the interview with the Sunday Independent she alludes to bullying incidents. I can only assume it must have been relatively rare, though, or not of a great intensity, as she primarily tries to bolster her status as a victim with the most benign interactions from her childhood. Dabiri’s main claims to racial oppression are that children, who always notice difference, celebrated hers, as opposed to bullying her as many kids do. I’m really struggling here to see her as a victim of any kind of injustice. In the seventies and eighties while black and Asian Britons were on the receiving end of vicious violent attacks from National Front thugs, over in Dublin Emma Dabiri was being subjected to the racism of her classmates assuming that because she enjoyed singing she might want to become a singer. I was similarly victimised as a teenager when friends would rightly assume that my travelling many miles to attend Soul music events meant that I had a passion for this music. We should all be very careful from now on in noticing our friends’ interests and passions in case it traumatises them. On the other hand, they might get a book deal out of it later in life.

Apart from being mixed-race and Irish, the other string of victimhood in her violin is that she faced oppression based on the fact she views herself as working-class, as noted by the interviewer Donal Lynch in the aforementioned article.

She names a string of private girls’ schools she attended and says that the classism she experienced as a student from a working-class area sometimes blended with the low-key racism of the more well-heeled suburbs.

Dabiri lived in the Dublin suburb of Rialto at the time from which she claims her working-class status. The fact she attended several expensive private schools and that Rialto isn’t entirely a working-class area definitely brings into question her working-class credentials.

If you ever run into Emma Dabiri at a dinner party make sure not to pay her any compliments on her hair and don’t dare pass her the potatoes in case she claims you are dishonouring her Irishness by alluding to the nineteenth-century potato famine.

It has become grotesquely fashionable for privileged individuals alive today to appropriate the grievances of people from decades or centuries ago in order to shroud themselves in a narcissistic cloak of victimhood, and in the cases of Hirsch and Dabiri to use it is a gateway to a lucrative career.

Share
Facebook
Twitter
WhatsApp
Email
Previous articleTCW Encore: This has just got a lot bigger than Brexit
Next articleEquality’s for the chosen few here on Animal Farm