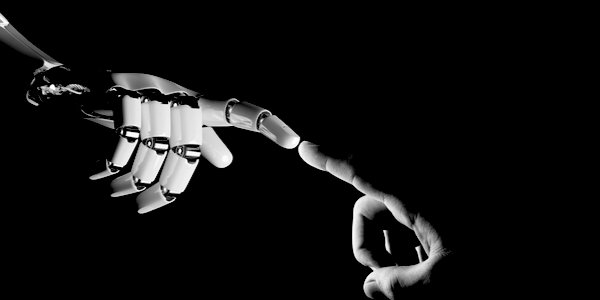 ONE small but nonetheless dehumanising response to the Government’s lockdown restrictions was the Church of England’s banning of Communion wine.

I remember my shock and dismay in February 2020 when the service I went to in Brighton served Holy Communion without the wine. We were told we were taking Communion ‘in one kind’. It was in half a kind actually – they seemed to have forgotten that drinking wine is to remember the blood Christ shed for our sins.

This CofE edict followed hard on the heels of the first British national reported to have contracted Covid – revealed also to be located in Brighton – with a speed that would have impressed Roger Bannister. This was even before the fascistic Coronavirus Act 2020 was passed, without a vote, in the House of Commons to lay a dystopian foundation for medical based and technocratically supported authoritarianism.

Since that first teetotal Communion experience I have started thinking about what other Covid-based ‘reforms’, in addition to no singing, one person per pew etc, are likely to be instituted in their Zoom-friendly church services.

Since they are so keen on safety it occurred to me, given the scandals which have plagued the Catholic church involving priests abusing children, and considering the shortage of clerical applicants and the closure of churches, it might not be long before the church authorities take the next logical step. How about replacing vicars with robots?

It turns out that robopriests are nothing new, having existed as far back as the 16th century. A most charming little automaton-friar was designed 500 years ago using a clockwork mechanism to enable it to move about, kissing a rosary and beating its breast in penitence. The miniature is housed at the Smithsonian National Museum of American History in Washington, D.C. and you can view its magical performance here:

Although such an invention would have doubtless served more ornamental than functional purposes, I could imagine a very useful modern version to dispense wine for Communion thus saving the dear vicar in Brighton any exposure to nasty human bacteria.

Its creepy name ‘SanTO’ stands for Sanctified Theomorphic Operator, which sounds about as sanctimonious as it is deeply nauseating.

Robotic clergy, the argument goes, will not only eliminate the risk of abuse by humans in powerful church roles but also help to smash the patriarchy which apparently still plagues mainstream Western religions such as Christianity and Judaism. The former point is undoubtedly true (except in the case of a robot programmed to commit evil acts and abuse children), but the latter justification on grounds of equality falls apart under further examination. Empirical studies have shown categorically that artificial intelligence is misogynistic and racist!

Even if a robot could be programmed to be completely impartial, the use of AI powered priests to administer not only sacraments but spiritual advice presents the specific moral dilemma of allowing a software program to determine your eternal destiny. From one perspective it seems apt – that a series of 1s and 0s etched into a backlit screen transmitting signals by guiding light in tubes through refraction could, like stained-glass windows in medieval times, inspire humans to connect with God. Both are made from silica (or quartz) and facilitate the communication of ideas via light waves.

But computer-generated messages sent in pulses via fibre-optic cables are possessed of a peculiarly human pace rather than a divine one. Unlike a Cistercian monk who would sit for days in quiet contemplation under a glorious sun-filled window, the worshipper on the other end of SanTO’s beams will come away with nothing that isn’t artificial.

Another quite chilling question is, if the functionality of a live human priest can be entirely replaced by a device, what’s left in all of human existence which cannot be automated and powered purely by algorithmic code? As with most everything else in life, the quick-fix and convenient solutions are ever the most dangerous.

As for myself, a watered-down Communion is frankly not worth bothering with. Pass me the wine, please, and if you’re too afraid of Covid I’m willing to accept it from an automated dispenser.