NewsPaperthe art of publishing
HomeNewsWe are better than the terrorists. That’s why we don’t demand revenge
43

We are better than the terrorists. That’s why we don’t demand revenge 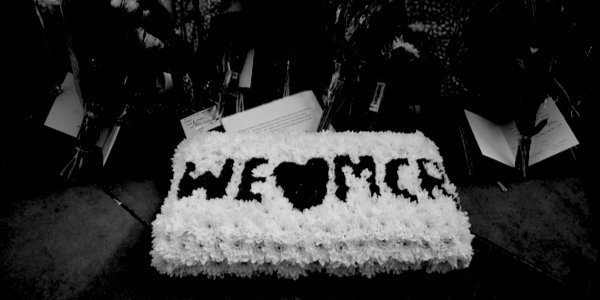 Brendan O’Neill, the editor of the online magazine Spiked, is angry. He is angry about a lack of anger following the atrocity last year in Manchester where a deranged loser blew himself up, murdering 22 people who had attended a pop concert.

‘Where’s the rage?’ O’Neill rages. ‘If the massacre of children and their parents on a fun night out doesn’t make you feel rage, nothing will. The terrorist has defeated you. You are dead already.’

Steady on, Brendan. We are angry. What O’Neill is raging about is that this anger is not reflected in news and comment from our major broadcasters or media groups, or only if it is portrayed as the sentiment of extremists.

He does have a point. Anger about so-called ‘inequality’ is seen as normal and broadcastable. Anger about indiscriminate murder committed by over-publicised losers and lowlifes is hidden from our screens. There may be a reason for this.

It is highly likely that the mass media has been ‘trained’ on how to manage these stories, with what ideas to promote and which ones to ignore. The lack of coverage by the BBC of anti-terrorism protests run by the apparently apolitical Football Lads Association is an indicator of this.

Based on the experiences of Empire, but also of Ireland, our rulers’ greatest fear is communal violence between defined social or ethnic groups. The very last thing they want is atrocities perpetrated by Islamist killers to cause a violent backlash against Muslims in the UK, as the Islamists will morph into the defenders of the victimised. That way lies political power for the Islamists.

In Northern Ireland, sectarian violence resulted in streets being walled off between communities, a situation that persists to this day despite all the peace negotiations. There are still disturbances. These communities look not to the police for protection, but to paramilitary groups. The paramilitary practice of shooting delinquent juveniles in the knees continues, with their mothers taking them to their punishments, lest they be executed otherwise.

The murder epidemic in London is actually communal violence. Gangs whose activity centres around the trade in illegal drugs have defined their territories and identities, and are attacking and killing their rivals and those connected with them. The Mayor of London, who is also Police and Crime Commissioner for the metropolis, is paralysed in the face of the rising death toll. But this might be because eliminating communal violence is tricky to the point of impossible, especially when it becomes a cultural norm in some communities as seems to have happened in London. When police in 2011 tried to stop a gangster from committing a murder, it resulted in the gangster being shot dead and days of riots in England by the criminal classes.

To work its way out of a country, communal violence takes not years but decades, if not centuries, if ever. It sometimes requires governments to have to do deals with what are, in effect, self-appointed vigilantes whose only legitimacy is their willingness to use murderous violence in communities that no longer consent to be protected by the state. The example of Martin McGuinness, who ended up as Deputy First Minister in the Northern Ireland Assembly, demonstrates how far a terrorist can rise in the UK when backed by violence and an alienated community.

So a 21st century ‘stiff upper lip’ is being promoted, along with compassion and grief, but never anger and revenge. And this is possibly the only rational response to barbarism, as the object of this barbarism is to provoke retaliation that confers a perverse legitimacy on the barbarism as a defender of a community. We do have to show we are better than the barbarians. We have to absorb the pain, contain it, prevent it, but not inflict it back wantonly.

It is a terrible, discrediting example of the Utilitarianism promoted by Jeremy Bentham, but the common good is preserved by a promotion of a social unity while our children are massacred, because the objective of the murders is to provoke retaliatory communal violence that will lead greater prominence for Islamism in this country.

We have to remember that while there are few Islamist murderers, there are millions of us on the side of Light. They can’t kill us all. Terrorism is the disruptive activity of highly-motivated individuals. To defend our beliefs, we have to hold on to them, even when we bleed.