We can’t let our future be settled by drawing straws

THE Bruges Group is holding an emergency meeting on Monday, the eve of the critical vote in the House of Commons on Theresa May’s Withdrawal Agreement. Addressing it will be Philip Davies MP, European Research Group member Marcus Fysh MP, the former Vote Leave chairman the Rt Hon Gisela Stuart and the economist, Dr Andrew Lilico.

May’s deal allows the European Union to force us into a backstop where we can’t leave. The WA as it stands hands a veto to the EU over whether we can leave. That veto is ruled by five arbiters: two from the UK, two from the EU and the presiding arbiter is chosen by lot. So our future as an independent self-governing nation is to be settled by drawing straws. The Transition in May’s deal is a bridge to nowhere. The Political Declaration signed by May and the EU on Sunday 25th November is mere good intentions, with nothing agreed or in a bankable contract.

Let’s look at how we got here. Some 17.4million people voted to leave the EU. Leave. Not half in half out. Leave. What does Leave mean?

May defined Leave in her Lancaster House speech as leaving the Single Market, leaving the Customs Union, no more payments to the EU, no freedom of movement, no jurisdiction of the European Court of Justice and the UK striking our own trade deals. A year ago, May was bullied into agreeing a backstop over Northern Ireland to keep the border free of clutter. This nonsense happened in spite of our clear agreement with the Irish Republic that we would neither of us put up unnecessary clutter at the border. And if we won’t, nor will the EU. If the EU presses the point, the Irish Republic will cave in and loosen their ties with the EU. Their ties to the UK’s internal market are far greater and most of their trade is with us.

Why didn’t May say No? She set David Davis the task of negotiating with the EU, and Donald Tusk the EU President came out with an offer early on: we can have better terms than Canada, structured on Canada’s deal.

All May needed to do was say No to the Northern Ireland Backstop. David Davis prepared a White Paper with Department for Exiting the EU officials, to match Tusk’s offer. The EU’s offer of Canada-plus was confirmed by Michel Barnier when an ERG delegation led by Jacob Rees-Mogg met him in Brussels last month. Then May started deceiving everyone.

First: David Davis – negotiating, writing the White Paper, while his Permanent Secretary Olly Robbins was peeled away from him by May and a second, secret line of negotiations was run, undermining Davis.

Second: May deceived the Cabinet – at a Brexit subcommittee a fortnight before Chequers, she was outgunned as the usually loyal Gavin Williamson and Sajid Javid swopped sides to favour Boris Johnson’s technology-based solution to the Irish border. So May dissolved the subcommittee.

Third: May deceived the Conservative Party, implying her proposals had EU support.

But May’s form as a deceiver starts at the last General Election: she misled the Queen, claiming she had DUP support and commanded a majority in the Commons when the DUP deal had yet to be finalised. So we had the disgrace of a State Opening of Parliament minus the pomp (the Queen was dressed for Ascot, not a State Opening).

We need to pull the plug on May’s deal before the DUP pulls the plug on a Conservative government. We also need to prevent Remainers across Parliament from thwarting the option of a no-deal.

One message: no deal means our economy will boom. No import duties. No barriers at our ports. Our shoppers enjoy the cheapest prices in the world. Our manufacturers buy the cheapest raw materials. We must aim for the world trade option.

The meeting will take place on Monday, 6.45 for 7pm at the Edwardian Conference Room, St James’ Court Hotel, 54 Buckingham Gate, Westminster, London SW1E 6AF. Admission is £10 payable on the door (including a glass of wine) or you can purchase your ticket in advance here.

Share
Facebook
Twitter
WhatsApp
Email
Previous articleA teacher’s messages of despair from the front line
Next articleIt’s all a bit sci fi, but how about putting bobbies on the beat? 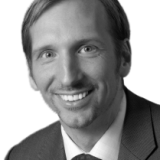