We few, we happy few, we band of brothers 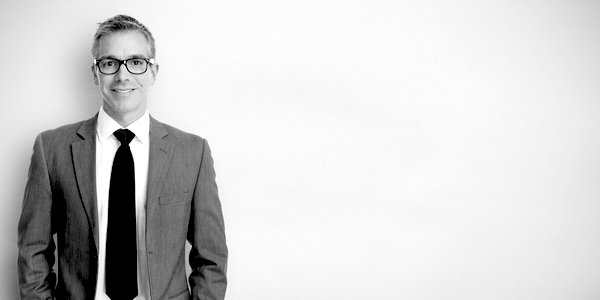 REFUSING to be infected by society’s various mindviruses can be an isolating business. Much easier to hitch your wagon to each Current Thing galloping past: rare are the occasions where adherence to the stultifying orthodoxy incurs a social cost.

As a perpetual contrarian – not through intention, just the way I seem to be wired – I have, over the years, found myself in the near constant position of defending some position primed to paint me as a social pariah. Being a fervent Brexiteer (before the term was coined) at university, with a dweebish adherence to libertarianism (until my rapid disillusionment when confronted with reality), hardly made me the coolest cat on campus. Those are my excuses, anyway.

The number of those willing to stick their neck out and state modern heresies is worryingly small. But small is beautiful. Robert Jay Nock, the American libertarian (them again!) thinker, wrote an article in 1936 that bolsters the spirit of anyone alarmed at the tsunami of cretinism that has swept away so much in its path and which threatens to extirpate civilisation as we know it.

In Isaiah’s Job, Nock outlines the impossibility of reforming the masses who are wedded to their misguided beliefs. Instead, we must focus on ‘the Remnant’ – the one in a hundred, or even one in a thousand, who can detect wisdom and truth amid transitory dogma.

In Nock’s piece, the prophet Isaiah is commanded by God to go and preach of the impending wrath:

‘Tell them what a worthless lot they are,’ He said. ‘Tell them what is wrong, and why and what is going to happen unless they have a change of heart and straighten up. Don’t mince matters.’

Yet, the Lord warns him, the masses and the establishment intelligentsia will take no heed of his warnings. This caveat leads Isaiah to asking an obvious question: if it is bound to fail, why bother?

‘Ah,’ the Lord said, ‘you do not get the point. There is a Remnant there that you know nothing about. They are obscure, unorganised, inarticulate, each one rubbing along as best he can. They need to be encouraged and braced up because when everything has gone completely to the dogs, they are the ones who will come back and build up a new society; and meanwhile, your preaching will reassure them and keep them hanging on. Your job is to take care of the Remnant, so be off now and set about it.’

Annoyingly, committing oneself to the Remnant lacks much of the grandeur and appeal of catering to the masses. The remunerative benefits, too, are far scantier. What’s more, it can, at times, appear a fruitless task. Lurking in plain sight, those unwilling to go along with the orthodoxies of present rarely stick their head above the parapet, lest they incur the wrath of one of society’s many miniature tyrants.

But still, they are out there. These members of the Remnant are those who silently refuse to go along with everything. They are those like the man who, when I made a point of saying I was unvaccinated after a group started slagging off ‘vax dodgers’, thanked me for making this minor stand.

They are those such as the tiny church congregation I attend, unafraid to decry the worship of false idols – the climate, intersectionalism – and who steadfastly proclaim the need to base our moral framework in eternal truths, not on the deadly shifting sands of contemporary hysteria.

They are those such as you, good reader, seeking an oasis of sanity amid the scorching desert of unreason.

It is not easy to cater to the Remnant. It means working in darkness and uncertainty. You will scarcely know how many there are. Yet one thing is for certain: they are out there, and they are desperate to hear the truth.

Many will be dissuaded from entering the fray due to the scale of the task. So insurmountable appears the edifice of untruth and lies that most throw up their hands before even stepping into the ring: every media outlet, every international organisation, every domestic body – they all dance to the same tiresome tune.

Because our problem is structural in nature, many are tempted to offer structural solutions. The only flaw being, of course, that they have as much chance being implemented as ISIS becoming champions of LGBT rights. Thus, seeing their grand-scale visions forever coming to naught, they throw up their hands in despair.

When the scale of the problem is too vast to comprehend, we must instead refocus our energies. To grow in strength and numbers we must become the kinds of people worthy of respect, worthy of emulation. This means self-improvement and the application of introspective energy; increasing our physical, emotional and spiritual health to make us robust enough to take the incessant flak.

It stems from that Petersonian incantation: clean your room. We too readily assume that this order is directed at our adversaries – those who want to rewrite the world but who cannot satisfactorily structure the basics of their own existence; who believe deludedly that they can create external order despite their internal chaos.

Much better that we apply it to ourselves. The creeping totalitarianism that has come to define our modern age is best opposed by upright, principled opposition. It may take time, and it will not win over the most opportunistic who cling to the establishment in hope of personal advancement, but it will, when the moment comes, create the bedrock upon which something can be created out of the wreckage.

And so here we are, the Remnant: those immune to the noxious idiocies peddled across the airwaves and by nearly every public figure. The madness we see will worsen, reaching a crescendo before the weight of contradictions and muddled thinking brings the edifice tumbling down. Yet, once that happens, we are the ones who will come back and build up a new society.

This appeared on Frederick’s Newsletter on July 20, 2022, and is republished by kind permission.