We must be free to discuss the C-word – colonialism 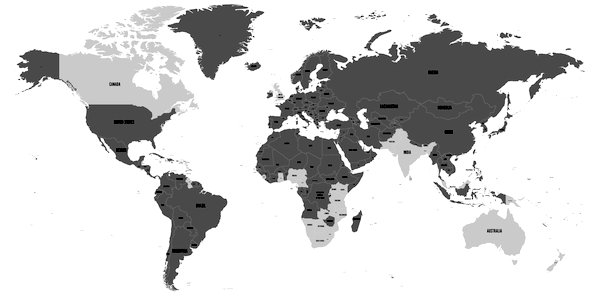 BEFORE Christmas it was reported that an Oxford professor of history, Nigel Biggar, had held an academic conference on colonialism behind closed doors for fear that the event would be disrupted by ‘activists’. This raises serious questions about the suppression of academic freedom today.

The purpose of Professor Biggar’s ‘invitation only’ summit of historians, economists and ethicists was to discuss the legacy of colonialism and in particular to reflect on one controversial article, The Case for Colonialism. Its author, the American political science professor Bruce GiIley, argued not only that colonial rule was sometimes legitimate but that post-colonial states might do better to nurture certain aspects of their colonial legacy than to discard them.

Professor Biggar said he feared making this public would risk disruption. Furthermore, he knew that one young scholar would take part only on condition of anonymity, ‘lest his attendance come to the attention of some of his senior colleagues’ who would ‘count it against his career’.

He had reason for his fears. An expert on colonialism, empires and the balance between good and bad in their records, Professor Biggar has come to expect hostility. The previous year his suggestion that people should have pride in aspects of the British Empire had heaped the opprobrium of fellow Oxford academics on his head. Fifty signed an open letter to set down their ‘firm rejection’ of his view that the history of the British Empire was ‘morally mixed’. Britain should be unequivocally guilty about the Empire, they believed; imperialism was unambiguously bad and questions on the matter were closed. So firmly closed that their re-examination would be unnecessary and ethically unacceptable.

Faced with such uncompromising certainty, Professor Biggar was without doubt prudent to avoid the further attention of his clamorous opponents. He had no desire to risk making a spectacle of an academic guest deemed even more heretical than himself but who he and his colleagues needed to hear from. The publication of Gilley’s article had already generated what Biggar described as ‘a perfect storm of protest’. This included death threats to the editor who published the offending article, resulting in Gilley agreeing to its withdrawal from publication. The silencers had won.

I wouldn’t attempt to assess the questions raised pertaining to the academic quality of this article, but it does not take a survey of world history to suspect that Professor Gilley’s argument is, broadly, not far from the truth.

Alien rule is how history has always worked. This applies across all continents and eras and we should remember, though some might not want to, that it wasn’t wicked Europeans who invented stealing other people’s land. And as Professor Biggar explains here, it is not as though Gilley denies that ‘inexcusable atrocities’ occurred under European colonial rule. He doesn’t: ‘It’s just that he remembers that they also happened before the Europeans arrived and after they left.’

With Zimbabwe on our minds, Professor Biggar goes on, ‘we might remember that the massacre of up to 20,000 Ndebele in Zimbabwe in 1983-4 was perpetrated, not by the British, but by that patriarch of African nationalism, Robert Mugabe’. He agrees with Gilley’s view that ‘the notion that colonialism is always and everywhere a bad thing needs to be rethought in light of the grave human toll of a century of anti-colonial regimes and policies’.

It is true that European colonialism’s record in the relatively recent past reveals plenty to condemn it, but also reveals evidence in defence. Starting with the crimes, there is no doubt that the brutal dispossession of peoples from their ancestral lands, countless massacres, slavery, destruction of cultures and genocide all took place. Some events deserve far more attention than they ever received; for example, the record of Belgium’s King Leopold II in the Congo is simply unspeakable, yet in the West, it is almost lost from historical consciousness.

Likewise the fate of the aboriginal Tasmanians, wiped out by British settlers in a virtual genocide; the killings of innocents in Malaya and in India are also deeply shameful and disgraceful episodes.

But there are also positives to be acknowledged. As empires consolidated and matured, they brought development, order and progress. Old despotisms, often crueller and less just than British rule, were abolished. Medicine, education, infrastructure, trade, judicial and legal systems, the institutions of government and civil society, were all imported. A great many imperial subjects did not resent foreign rule but actively welcomed and collaborated with it. Indeed, without their willing participation much of European colonialism would have been impossible. Many colonies were run with just handfuls of Europeans present; virtually all administrative and military personnel were indigenous.

Among the virtues of colonial rule, as Gilley sees them, were the formation of coherent political communities, reliable state institutions and therefore living-spaces where individuals and their families could flourish.

These are virtues that the once violently anti-colonial Nigerian writer Chinua Achebe came to see and appreciate. In his final work, There Was a Country, published in 2013, Achebe wrote: ‘Here is a piece of heresy. The British governed their colony of Nigeria with considerable care. There was a very highly competent cadre of government officials imbued with a high level of knowledge of how to run a country . . . British colonies were, more or less, expertly run’. He went on: ‘One was not consumed by fear of abduction or armed robbery . . . One had a great deal of confidence and faith in British institutions.’ For one of colonial rule’s most valuable achievements was order. ‘Now,’ Achebe lamented, ‘all that is changed.’

The history of empires is complex and multi-faceted. Simplistic judgments should be avoided. It is astonishing that Professor Biggar’s Oxford academic colleagues are not even prepared to contemplate what a pre-eminent Nigerian author has confirmed from his own experience. And, what’s more, would seek to silence any such views.

Although we can acknowledge the suffering, death and undoubted evils of colonialism, they are only part of the story and academics must be free to explore all of it – not just the warts.