We must resist the future being planned for us 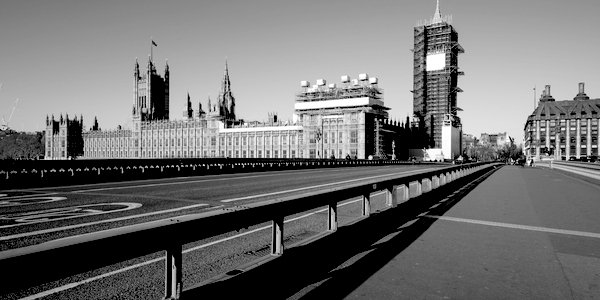 THE roads are quiet apart from a few cars silently going about their business. The people are moving towards the train stations or tram stops. Some are cycling to work in special lanes free from obstruction. There is little chatter; though the crowds aren’t rushing, their preoccupation with moving towards their destination is obvious. The streets are clean; there are no touters, buskers or stalls. In fact, there are no shops. Everything is done by touchscreen online nowadays. There are no muggers since no one carries cash and there is no physical crime since the introduction of CCTV on every street corner and in every home. A leaflet flutters by. Before it disappears into the crowd, we see the faded words ‘Fight for your freedom’.

Welcome to 2040 and the society created by the ‘Great Reset’.

Some people may read the opening paragraph and think, ‘That’s not so bad. No crime, clean streets, a clean environment.’

What I didn’t describe is the strangling of individual thought and freedom, of subjugation and pacification. Here in 2020, it’s already happening around us. The cancel culture is in full swing with a quarter of university students saying that they self-censor for fear of being kicked out.

And why wouldn’t they, when they see how things have turned out for others? When people such as Lord Sumption and Professor Carl Heneghan are labelled conspiracy theorists for speaking out about Covid data and the restrictions foisted on us by the government? Or Professor Sunetra Gupta and Dr Mike Yeadon, highly respected experts in their fields, shut down for the same thing? Whether it be science, fiction, music, film and television, even thoughts and opinions jotted down and put on to social media, if anything causes offence or contravenes modern thinking, it is deemed dangerous and is either mocked or shut down.

Even though hate speech laws already abound in the UK with penalties extending from fines to imprisonment – the police and the Crown Prosecution Service have worked out their own definitions – the Law Commission think this is not enough. If they get their way they will have individuals prosecuted for hate crimes based on what they say in the privacy of their own homes.

The only people who appear on our media nowadays tend to be champions of the offence culture, who follow every woke diktat from the government. Journalism itself seems to have taken a long walk off a short pier: few practitioners question anything, let alone have any critical perspective on the revolution happening on their watch.

Will things get any better? I doubt it, and I’ll explain why.

Laura Perrins wrote last week in TCW about the Great Reset and yesterday John Mortimer gave a brilliant exposition of the World Economic Forum’s openly and clearly stated ‘grand design‘. No conspiracy there, yet the Left would have you believe that the plan doesn’t exist. In fact, Canada’s Prime Minister Justin Trudeau recently spoke of the importance of The Great Reset here:

only later to denounce it as the fantasy of conspiracy theorists on the media when presumably he realised that yes, it could be interpreted as anti-democratic:

Re-imagine economic systems? For some straightforward reporting on that we have to turn to Sky News Australia for their take on what it might mean:

And what do you know, the World Economic Forum describes it as a place where ‘you’ll own nothing and be happy’, the sort of twisted socialist idea the minority Green Party would be happy with but no one else would.

Of course, we may say that it’s ok because the Green Party hasn’t a hope in hell of being elected anywhere – but that’s where you’d be wrong. As Peter Lloyd pointed out recently on TCW, it’s the minorities who rule the roost. Their green agenda is firmly in the hands of a government who are lapping it all up, and who hold power for the foreseeable future. If not them, then Labour, and they feel exactly the same way as the Tories on this issue. Never mind that renewable energy will impoverish us all and be affordable only to the wealthy.

Make no mistake, people. This will be a system of change but not for the better. Everything about the future looks uniform, including our income. No individual thought, no freedom of expression. No enterprise – not for the masses, anyway. A global structure where we all speak the same, think the same and align behind the same goals. Where we have been freed from ourselves.

We still have the opportunity to stop this and that means getting behind parties, in our various countries, that are against this form of control. We, the people, must do this otherwise this future being foisted on us will happen.